Nobel prize physicist says you should cook pasta by turning off the burner; Michelin chef disagrees

Everyone knows there’s only one way to cook pasta: 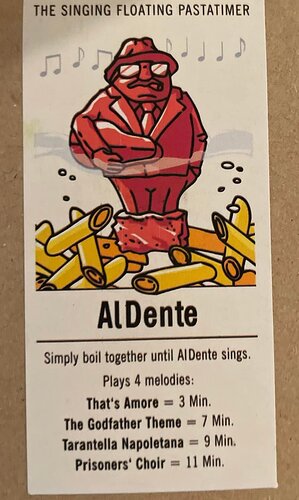 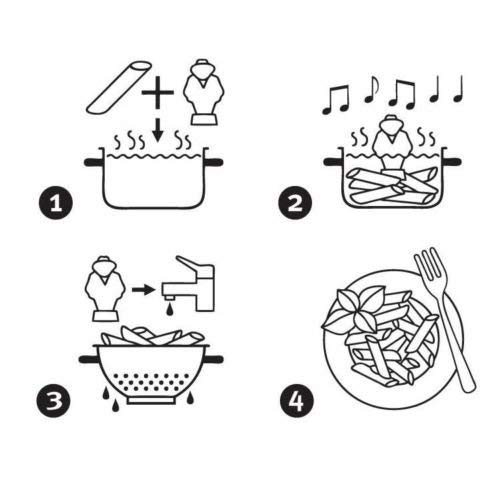 Personally, I bring the water to the boil, add the salt, add a dash of oil to try and break up surface tension, and add the pasta. Then I cover it with a lid and bring the fire down to the minimum, or move the pot to a smaller burner, because once the water is boiling it is boiling. No matter how much heat you add, it won’t change the temperature. Just stir it every so often. There is definitely no need to keep the pot at a furious boil.

To what extent does this all depend on the type and initial moisture content of the pasta?

I’m hoping that says rinse the pasta timer, not the pasta.

I’ll stick with that.

Agreed! I know rinsing the pasta timer stops it from singing, but you’re right the diagram is suggestive of sin!

Same, minus the oil and covering. Other tips that work well:

Less water does work to reduce the energy used, and creates a better sauce to boot because it concentrate the starch. For all short pasta I now cook in just enough water to cover the pasta.

For spaghetti I still use a full pot because I hate stuck-together noodles. 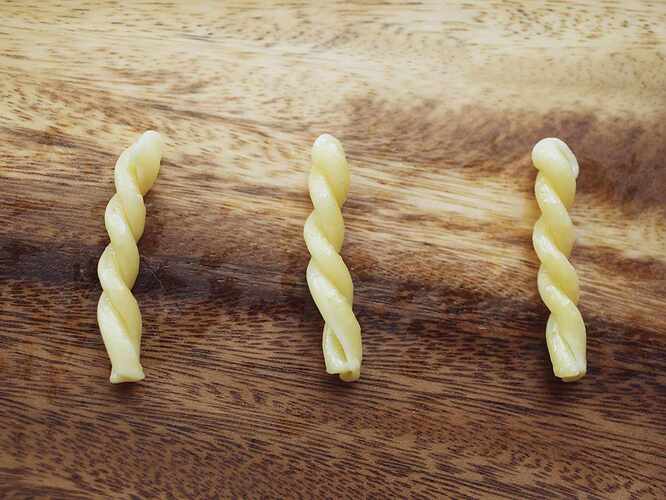 A New Way to Cook Pasta? | The Food Lab

It turns out that not only do you not need a large volume of water to cook pasta, but in fact, the water does not even have to be boiling. Wait. What? Let me explain. I, and every other trained cook I know have been taught that when cooking pasta,...

Not exactly. You can even find dried tortellini or ravioli (I’m not trying them though). 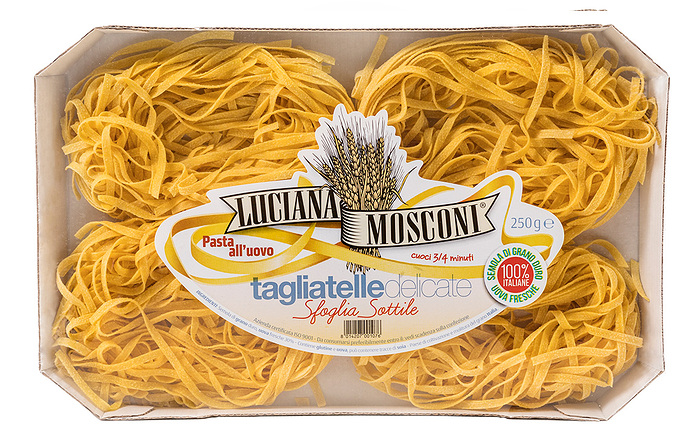 This has always seemed to be an American thing. Growing up in Italy I never heard of anyone doing this (although I’m sure some might). And in my link above to Kenji’s blog he agrees not to do this.

But I’ve always been curious about the explanation. Whether it’s true or not, why would anyone care about breaking up the surface tension? It sounds like people are worried that the pasta will bounce off the surface of the water unless they break the surface tension. Can you elaborate on this reasoning?

Thanks for that. I have confirmation bias as I have children and they like pasta (in fact I made it last night with a sauce that would make an Italian angry) and I have gone down that route in my cooking, consciously and deliberately, while checking the results. So I agree.

I wouldn’t dare say it to an Italian in conversation though.

ETA
I am fully on board with the lesser amount of water giving you better starch water for the sauce as he mentions.

It works like this: you put a liter of water in the pot for every ounce of pasta,

That has to be a typo.

To avoid mixing units (really, keep your ounces out of my liters) I will approximate 1L/30g water to pasta ratio. So for 500g of pasta, is he really suggesting boiling 17L of water? I suspect the mixed units messed something up.

It’s to try and keep the water from foaming, because otherwise the starch on the surface of the pasta will dissolve in the water and it will foam up, overtopping the pot. Btw, I am also Italian, born, raised and living in Italy, though I have lived for 6 years in the UK in the past. I guess if the water is hard enough the foaming up is not a concern, but my water is fairly hard and still I can’t really keep a pot covered without risking it spilling.

Or cook the pasta and water in the microwave

Less water does work to reduce the energy used, and creates a better sauce to boot because it concentrate the starch. For all short pasta I now cook in just enough water to cover the pasta.

same, because of Kenji. his stove-top one-pot mac and cheese is a game changer for us. we haven’t bought a box of Kraft M&C since making his recipe. for spaghetti, i do use the normal amount of water, but now i’m trying to get brave enough to turn off the burner and let it sit. (i’d hate to ruin dinner!)

Now I want some pasta for breakfast.