I wonder how long till they get China to go yeah were done, hey rest of the world you got the go ahead cause we just can’t deal with it anymore.

I might be in the minority, but I think that broadcast media really hype North Korea’s missile activities with no real reason. I am sure that other countries test missiles also, but it is “newsworthy” when NK does it, because “reasons”. The BBC news website especially highlights everything they do as cause for concern, week after week for years, and never explains why.

NHK does it on a regular basis. But then again, those missiles always seem to land in Japanese territory.

My in-laws living in Western Japan do not appreciate being the possible recipients of North Korean ballistic junk.

You know what this situation needs?

Said no one ever.

Other countries should start parachuting in food supplies & portable TV’s.

USB sticks with the first several seasons of Game of Thrones (dubbed into Korean). If they want the rest, the good citizens know what to do.

Naturally I’m thinking, “Trump alone knows how to solve this!”

The depressing part is they pull this shit again and again and it’s always a hollow threat except what if the next time it’s real?

But then again, those missiles always seem to land in Japanese territory.

I was gonna say that’s the big part. When other countries test missiles they tend to land back in the originating country which is why NK gets a lot of attention for it. It is not testing as much as really blatant saber rattling which seems to be a hobby for them.

Especially against the one nation which has no military forces authorized to act overseas. Picking on Japan is an ongoing hobby for the Norks. From kidnapping Japanese citizens, to flooding the country with counterfeit money, guns and amphetamines, and making one awful Kaiju film.

If they did it over South Korea, the response could easily be a couple of artillery shells fired over the border.

China will sit by and shore up its borders to keep the flow of refugees southward. The US is far more valuable a trading partner to China and unlike 1950-53, there is no intention whatsoever to overthrow the Chinese government from us.

I’m no military theorist, but I’ve heard an invasion of NK would he horrendously bloody, far worse than Iraq, which is why W quietly dropped them from the Axis of Evil.

The South Koreans will probably end the North Korean regime once and for all.

Seoul’s proximity to the DMZ (and by proxy, NK’s voluminous military presence) would mean Really Bad Things for South Korea should they decide to start shooting. Also consider that NK has enough of a military presence to seriously fuck up SK’s international trade (if a conventional shooting war on the peninsula wasn’t enough).

And I wonder: if SK decided to start shooting at NK, what would stop China from rolling south in the chaos to finish the job?

The US is far more valuable a trading partner to China and unlike 1950-53, there is no intention whatsoever to overthrow the Chinese government from us.

That may be the case, from our vantage point, but the Chinese are clearly feeling hemmed in by the US (consider the latest South China Sea ruling via the UNCLOS). Also, our support for SK would open all sorts of rationalizations for China to unleash their cyber-attack capabilities to degrade or otherwise screw with US forces (if not some serious here-and-there cyber attacks on US soil).

If North Korea is lobbing missiles at the South, they are already signalling an intention to invade. But it would be unlikely anyway. North Korea has a large army presence but it has an air force which is largely falling apart. The North Korean Army has fallen so far behind its Southern neighbor that it is mostly geared towards defensive warfare. Its all just sabre rattling and extorting cash from its neighbors.

if SK decided to start shooting at NK, what would stop China from rolling south in the chaos to finish the job?

Regarding China–I was just reading this yesterday:

“War with China” by the ever-present RAND corp: 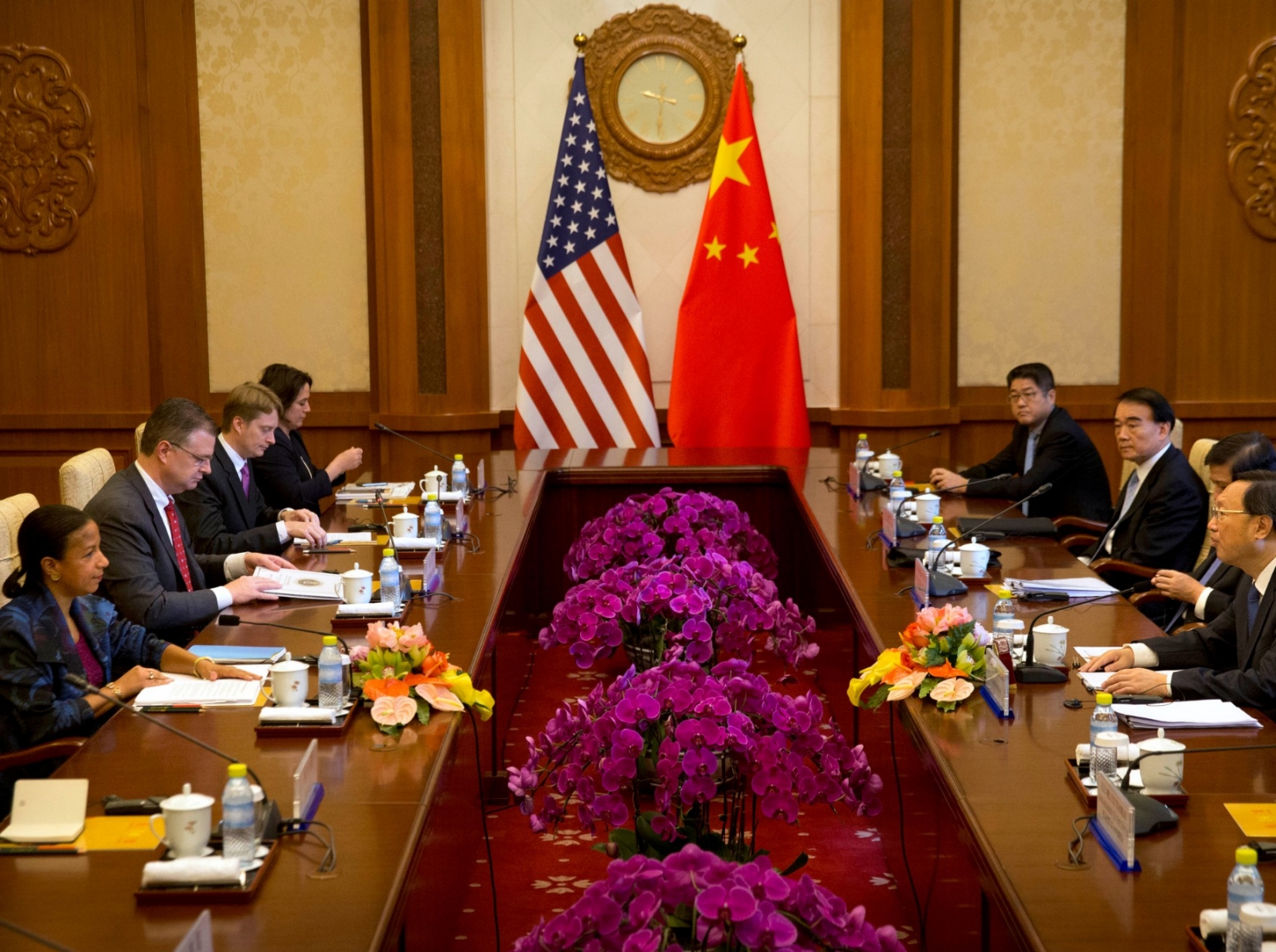 Exploring the Course and Consequences of a Sino-U.S. War

Premeditated war between the United States and China is very unlikely. But the danger that a mishandled crisis could trigger hostilities cannot be ignored. A new analysis illuminates various paths a war could take and their possible effects.

NK might be technologically backwards but the scale of their forces is staggering and they made up some of their shortcomings with some clever reverse-engineering. 1,2 million soldiers, 4100 tanks and 5100 pieces of rocket artillery is nothing to sneeze at.

After the Korean War, North Korea maintained a powerful, but smaller military force than that of South Korea. In 1967 the KPA forces of about 345,000 were much smaller than the South Korean ground forces of about 585,000. North Korea's relative isolation and economic plight starting from the 1980s has now tipped the balance of military power into the hands of the better-equipped South Korean military. In response to this predicament, North Korea relies on asymmetric warfare techniques and Since t...

Did anyone else think that portrait of Kim Jong-un was a GIF that would start morphing into something comical and/or frightening?

Hey! I like Pulgasari! It plays better as a folk story than a Kaiju film.