“many pharmaceutical executives have pledged to abstain from the tactic.”

This is such a vague statement to the point of being meaningless. What does many mean? What companies? How many? Are these same companies already overpricing their drugs and just saying they won’t further raise prices just to look good?

At least we’re not missing much with this one. Limited effectivness? For acne? I know acne can be terrible, but paired with the limited effectiveness, I think the company just made a terrible business decision even to acquire it. Not so sure the joke is on us, for once.

Seems to me they’re are using a sort of loophoole due the weird USA healthcare system, where insurance are willing to have a fake price and then getting lower or much lower prices, to cut out “outsiders”.

The insured patient will pay the actual price or a fraction of this, the insurance will get a “piece of the action” and the pharma will get a nice extra cash.

I suppose that if a patient has to actually pay $10000 for an acne cream that could be made for few bucks fron the pharmacist (galenics I think is the word) o could buy a generic equivalent, surely will buy the lower-priced one.
Or if there is only one buyer jacking up these prices simply will not work.

Even without insurance it doesn’t actually cost $10k a tube; GoodRx has prices of about one third that, what a steal. It also isn’t “acne cream”, it’s an antifungal and antibacterial indicated for a number of different conditions (though only “possibly effective”, as mentioned above).

It might be worth noting that most pharmaceutical executives do not have an office in the department that sets prices.

#However, out of solidarity with beleaguered patients, I, too, pledge to abstain from the tactic.

Sooo - who the hell is going to buy this? Who was buying it in the first place if it has limited effectiveness? Aren’t there hundreds of over the counter products and probably dozens of prescriptions that work out there?

I found that same line hilarious. To your questions, I would add [citation needed,] but of course it’s all evidence-free off-the-record hogwash.

I have to think there’s something deeper going on here. There’s lots of cheap alternatives to a “possibly effective” skin cream, so it’s hard to believe anyone would knowingly and willingly pay anything close to the asking price.

So what’s the angle? Are there accounting benefits to hiking up the list price even if nobody buys any? (Doubtful) Are they hoping that clueless hospitals will place restocking orders without knowing the price went up? (Maybe) Is there someone who is contractually required to buy a certain amount of this stuff no matter the price? (Plausible)

This seems like an industry just BEGGING for federal pricing oversight.

God damn it, I just realized the name - Aloquin. That was the name of an Angel in one of my story ideas. Great now everyone will assume I just nicked it from my acne cream.

Usually the overpricing is only for insurance shenanigans. Someone above explained how the pricing for that breaks down, but essentially even the insurance companies don’t pay that price as they get a special deal.

One misconception here is that “possibly effective” means “not very effective”, but it doesn’t actually say anything about how effective it is, just that its effectiveness hasn’t been sufficiently backed up by testing.

My uncle was telling me how my grandfather had two price lists for his construction business – one for the general public, and another for friends and acquaintances. The difference was the “friends” prices were 33% higher, so that he could offer a 25% discount.

I assume there’s something similar going on here, and in some sense it’s just an accounting trick which makes exploitative pricing look even worse than it is. But even so, no part of this picture makes pharmaceutical companies look good.

The insured patient will pay the actual price or a fraction of this, the insurance will get a “piece of the action” and the pharma will get a nice extra cash.

Thanks to the patient rarely being the customer, at each step of the way someone else spending someone else’s money, medical billing seems like this: 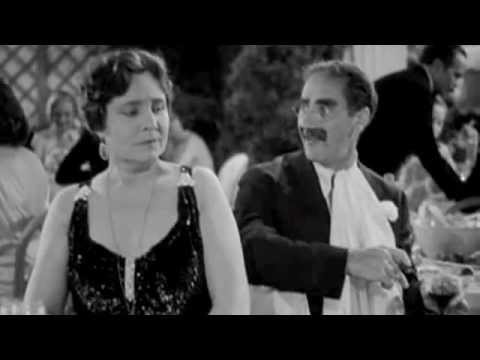 The larvae of A-list stars?

I’m appalled by “buy and raise” but in this case, I almost trust The Free Market {please note dripping irony} to correctly adjust sales of this product.

Not too different from how retail stores and jewelry stores will give you a really great discount. %80 off of this nice diamond ring! Never mind the fact that they overpriced it so that they could later brag about the discount you’re totally getting. What a deal!

If you’re using the Judeo-Christian concept of angels, the name should end in -el anyway.

Unless you’re talking about Lucifer. There’s also Metatron, though i’m not sure that’s a Christian one but it is in Judaism

It’s a shortened name of something unpronounceable. He is just “Al” on Earth. But it is also a complete work of fiction. Also I seem to recall other angels not ending in -el.