You know how much it stings when you point out Republicans’ inconsistencies?

Hours after he sent them, Drumpf’s campaign cited his attack on Google in a text message asking voters to donate ahead of a key fundraising deadline.

It’s won’t be long before Milo whinges “hey, that’s my idea! Give me money, too!” He’s been in that kind of mood lately.

Followed by blaming the media, academia, (((Hollywood))), Teh Gays, tech companies, feminists, really any group of educated and apparently prosperous people who have the temerity not to be miserable with lives that operate independent of Big Angry Father authority figures.

But not to worry, with the help of that long list of spiteful eternal suckers titled “America’s Know-Nothing 27%” they always have a way of fighting back against these straw men, which is some variation on: 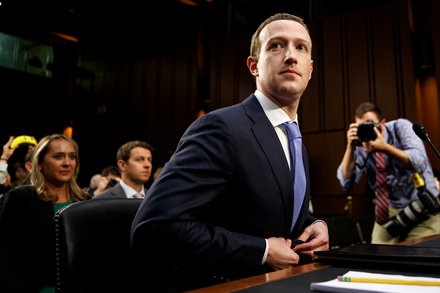 Dozens at Facebook Unite to Challenge Its ‘Intolerant’ Liberal Culture

In a rare sign of internal dissent, more than 100 employees have formed a group to agitate for better representation of conservative views.

Seriously, guys, did you miss the whole bit in 2016 when an ultra-conservative foreign autocrat spent money spreading alt-right memes all over the platform and your boss just shrugged?]

He’s as elusive as Robert Denby.

Uh, can you possibly fix this ‘sentence’?

WILL THE TWITTERS HAVE BALLS TO CUT HIM OFF FINALLY??? doubtful. Remember that big “tech meeting” right after he got elected, thought he had everybody on board the Trump train ! WoooooWwwwwooooooo!!! That’s been interesting… I’m so hopeful, fingers crossed he finally gets his regulation! Or maybe they set up a special presidential Google for him, pre-selected for dumb dumb‘s approval !

I truly believe trump is too stupid to make the connection between his accusations against Google and Net Neutrality. That meme simply gives him too much credit.

Do you think anybody who is conservative is serious? Like they actually think in terms of cause and effect, actions have consequences and that they contemplate their own glaring and visceral self hypocrisy? You give them far too much credit.

You give them far too much credit.

Donald has very limited intelligence and such knowledge as he has is all bad, mostly focused on his ego fed and getting away with borderline illegal acts because he’s incapable of making an honest living.

The nut ranting about this on a friends page also complained that while CNN streamed flawlessly for him, Fox would stutter. I explained the other reasons that might be, but if his ISP or Google were intentionally throttling traffic, then he should write his congress critter to get Net Neutrality into law. With out it, they are free to throttle whatever they want.

Uh, can you possibly fix this ‘sentence’?

everyone on twitter can report any of trumps tweets - and I mean the ones that ask for violence or lie about somebody. seriously, go report his tweets