I point this out because we keep forgetting that these myths evolve out of older, oral traditions. That no story is static.

The interpretation I have gravitated to, which was shared by my HS freshman year religion teacher was the following:

The story is not true, but it contains truth. Humans would be way better off taking responsibility for their own shit and having more humility.

I have thoroughly enjoyed this conversation. The idea of the garden of Eden as a trap was new for me.

Others may define me as an agnostic or Catholic or lapsed Catholic. For me, I also keep asking myself what I am. But at the end of the day the questions are the most important, so I’ll declare myself a Questioner.

I’ll get into a huge argument with God, and He’ll probably kick me out for that

Perhaps He will be more like a perfect therapist in the sky, leaning back and asking, “Yes, yes, tell me more of your hypothesis about justice and truth …”

common ideas about hell and Satan come from Dante and Milton, with a bit of Faust

it partly depends on what “okay with that” means

Are you okay with people not believing that YOUR truth is their truth? Because if you’re not, that CAN lead to trouble in tough times.

A certain Buddhist,† for example, is surely allowed to be grieved and offended at people eating meat

It tends not to be Buddhists or people of other faiths who are whinging about how others are acting in ways they don’t like, at least here in America. That’s pretty much ALL white Christians, generally speaking evangelicals who believe that there is only ONE truth. So no need to throw up a strawman here that doesn’t even exist in this context.

But people are allowed to change what they believe, right?

Of course. My POINT is that living in a pluralistic society means you don’t get to impose your beliefs on others, no matter how “true” you believe your faith to be.

We don’t want to be like those countries where it’s illegal to change religion.

We’re getting awfully fucking close here, as white evangelical Christians keep pushing to impose their beliefs on the rest of us. That is the opposite of pluralism.

It tends not to be Buddhists or people of other faiths who are whinging about how others are acting in ways they don’t like, at least here in America. That’s pretty much ALL white Christians, generally speaking evangelicals who believe that there is only ONE truth. So no need to throw up a strawman here that doesn’t even exist in this context.

I could go on, but my point is that we Yankees get too wrapped up in our perceived exceptionalism, but we aren’t all that different from the rest of the world. Any culture that has achieved dominance will soon fear losing that dominance. O Fortuna, velut luna, statu variabilis!

Heck, even the current war in Ukraine could be considered a crusade for Russian orthodoxy.

It isn’t restricted to Christianity

I’m aware, but right here, in the US, it is white evangelicals who are THE problem. No one is trying to force them to live in a way that violates their faith, but they are hell-bent on forcing their faith on us. I’m talking specifically about the US context, not anywhere else.

I think what makes the Evangelical form of Christianity so, well, toxic, is in the name. It’s defined by its push to convert, that its adherents have to convince others that theirs is the only faith, that tolerance is failure. The Ponzi scheme of it all. And that makes it uniquely American, I admit, the way they treat religion as if it were a game of Monopoly, where only one player can be left.

Are you okay with people not believing that YOUR truth is their truth? Because if you’re not, that CAN lead to trouble in tough times.

Yes! Yes I am. Please let me say that as clearly as I can. I like people disagreeing with me (politely and thoughtfully†), precisely because I believe that there is a possibility of talking about THE truth.
If all we have is MY truth and YOUR truth then there can be no meaningful conversation and every disagreement will be a personal attack. But if we believe in a common reality that can be apprehended, rightly or wrongly, we might learn things from each other.††
But you must at least partly believe this too, because here you are, disagreeing with me and trying to show me I’m wrong.
There are other things I could say in response but I think this the core issue.

† Which is the real challenge here, I think, so thank you.

†† So already in the context of this discussion, for example I have been (i) reminded to speak more carefully about other religions by chgoliz and (ii) pushed by you to see that this “your truth / my truth” stuff is partly true – in the sense that what I should have been saying is “I think I know some universal truth,” which is different from saying “I know what’s universally true.”

precisely because I believe that there is a possibility of talking about THE truth.

But once again, that’s not how reality works, with regards to things like religion. You are just going to have to live with the fact that YOUR truth is not everyone’s truth. Might not be comfortable, but it’s reality.

disagreeing with me and trying to show me I’m wrong.

I just dislike people assuming that they are right and the rest of us are merely dupes, especially on something that can’t be proven.

You lose me here, because the only truth is science. Everything else is opinions, morality, and feelings. All of which have immense value and are very important, but applying the word “truth” to them is what tends to start wars.

You lose me here, because the only truth is science. Everything else is opinions, morality, and feelings.

What about historical truth? What about the truth of the state of another person’s mind? Neither of these can be tested in an empirical sense, but I don’t think we’d want to say that we can’t talk about “truth” in either context – our political discussions and legal proceedings rely on both these things, after all. You sound like an old-fashioned logical positivist.

What about historical truth? What about the truth of the state of another person’s mind? Neither of these can be tested in an empirical sense,

Of course they can. History is empirical, as is psychology.

I think you mean deductive. Unless you know how to do a rerun of the Roman Empire. You might be closer to the mark with psychology, but I don’t think we are quite there yet.

Just because we can’t run experiments doesn’t mean we can’t test hypotheses. You might want to learn more about what historians and psychologists actually do.

You also seem to be applying a black and white standard to science, but that’s not how it works. We accumulate a preponderance of evidence which increases confidence in a conclusion over time. Historians do this too, just in a different way than physicists.

You’re playing semantic and culturally relativistic games now, so I’m disengaging. Continue on with whatever your point was.

Just because we can’t run experiments doesn’t mean we can’t test hypotheses. You might want to learn more about what historians and psychologists actually do.

Okay, if you want to use a broader definition of “science” I probably agree (though I think you will find that it is a topic for debate – at least for historians). But then I would immediately want to say that some religious claims must become scientific by the same token. For example, the historical claim that Jesus rose from the dead.

Thanks for the brief interaction.

For example, the historical claim that Jesus rose from the dead.

WE’VE ALL SEEN THE VIDEO

It’s a claim that it was an historical event.

Except since it’s a RELIGIOUS claim, it’s not something historians would examine (except in terms of coming to a better understanding of the religion itself and how it shaped the flow of historical events).

Here is a book of history about Jesus of Nazareth (the historical person), but not Jesus Christ (the religious figure): 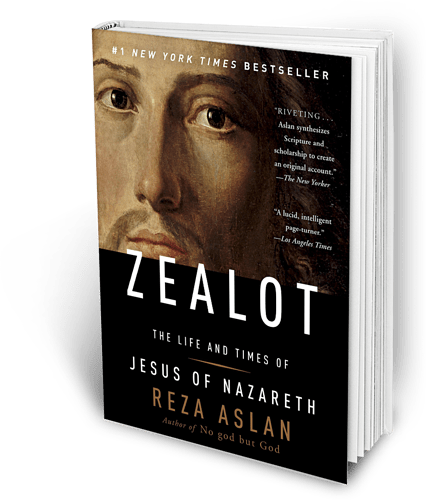 Zealot: The Life and Times of Jesus of Nazareth

It puts the historical figure of Jesus into the larger context of the conflict between the Jewish community in Palestine and the Roman authorities. He lays aside the religious views of Jesus in all the places he shows up, like the Christian bible or the Q’uran, and focuses on what historical evidence we have about him. He knows that “he rose from the grave” or the he performed miracles is not a claim that can be substantiated via historical scholarship, so he does not engage with that, except to examine why people might have believed such claims at the time.

So, the core of the narrative of Jesus, that he was the son of god, and rose from the dead, etc, are not part of the historical examination, because there is no way to prove that claim with the kind of evidence that we might have. You’re confusing YOUR belief in YOUR faith with history. They are not one and the same.

Right?!?
It was just a bunch of broads who claimed they saw that. No scientific standing.