Eh - the independent story cites an online Ripley’s Believe it or Not poll for those stats. The YouGov poll cited was of Anglican clergy and their belief in God - with about 2% of clergy in that poll believing that God is a “human construct”. I’m not even sure why that factoid was in the “story” about the online poll (though the YouGov poll is a more interesting one and would be a more interesting story to read about).

It is kind of weird that the poll has more people believing in angels than in God - what do the people who believe in angels but not God think angels are? But it’s an online poll so I’m not sure I would put much stock in the results.

Me, I want to meet those at least 2% of atheists who believe in angels.

/Yeah, the link is unrelated to the story, but LA is always worth a listen or two.

One of my biggest peeves with “god” talk is that people hardly ever specify which god they are referring to. It’s like asking if I believe in “person”, not a very meaningful question.

At first I was hopeful… until I saw the number that believe in ghosts. People really can’t cope with the idea that death is final.

Yeah, more Britons believe in ghosts, too. I wouldn’t give them too much credit. 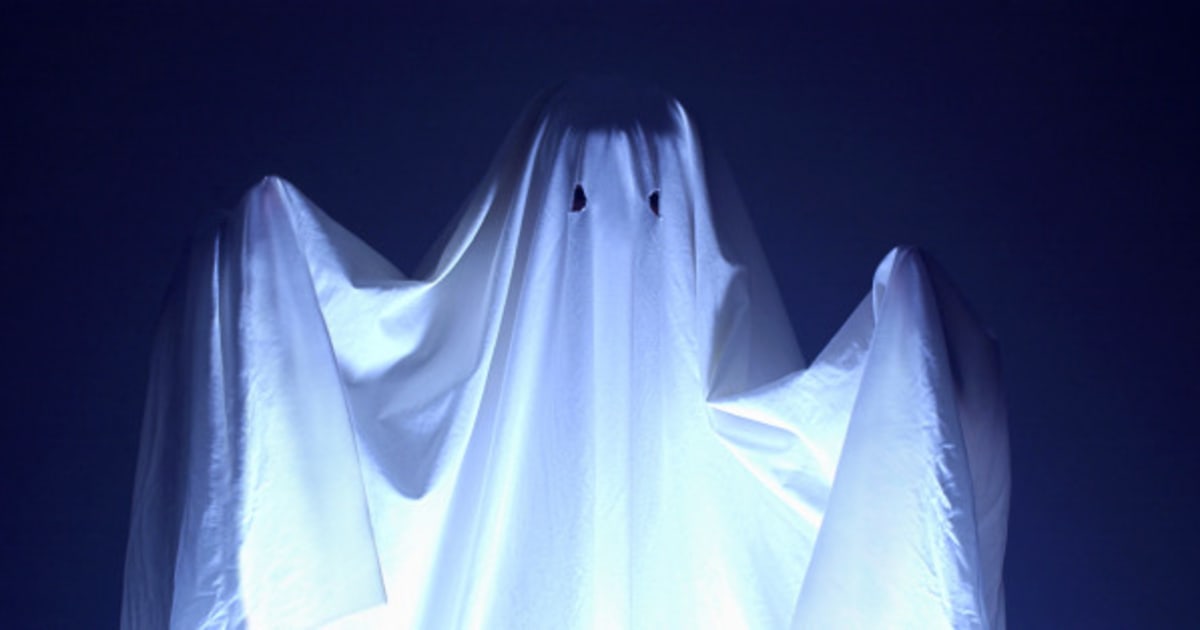 Britons are apparently now more likely to believe in ghosts than God. A survey has claimed that it's more likely that a person has faith in the supernatural than in religion, while more people believe...

While UFO’s/Aliens/and possibly ghosts give me the chills, the idea of a zombie outbreak scares me to no end.

One of my biggest peeves with “god” talk is that people hardly ever specify which god they are referring to.

I usually just assume they’re talking about the real one(s).

I usually just assume they’re talking about the real one(s).

Assume is all we can do, if they don’t have names! Also, it might be a fallacy to assume that one’s pet myths are more or less real than others. Then again, most people are apparently not taught about metaphysics, and easily assume that even money, beauty, happiness, etc are concrete, objective things. I don’t need to believe in things for them to be real.

I’m surprised by the closeness in believing in aliens and UFOs. But perhaps everyone interprets the question in a different way.

I would assume “believing in aliens” means you believe that “somewhere out in the Universe, there is or was once other life.”

“Believing in UFOs,” to me at least, means “aliens have come and flashed lights over the Earth, and possibly probed some people and/or cows.”

The first to me seems highly likely, but the second seems almost completely unlikely.

[quote=“SamSam, post:10, topic:44746”]
I’m surprised by the closeness in believing in aliens and UFOs. But perhaps everyone interprets the question in a different way.[/quote]

Sure, none of this is terrible clear.

I would assume “believing in aliens” means you believe that “somewhere out in the Universe, there is or was once other life.”

Alien, as opposed to indigenous to Earth? Some scientists have posited that it is less likely that life as we know it started here, than having developed elsewhere. It could be that “Quatermass and the Pit” was right - we might actually all be Martians.

What does believing actually involve, anyway? That they exist in what sense?

“Believing in UFOs,” to me at least, means “aliens have come and flashed lights over the Earth, and possibly probed some people and/or cows.”

UFO means “Unidentified Flying Objects”, it is easy enough to factually demonstrate that some such objects are not identified. But it needn’t necessarily follow that this means they are extraterrestrial. This is just one possible assumption. Even if I build a vehicle in orbit, this could technically be considered “extraterrestrial” as well.

So we get to have fun speculating about nebulous possibilities where nobody has clarified their base assumptions. And even if they do, those assumptions may or not be helpful for discussion.

Like I was saying, my take on the larger significance of this is that people, as Joseph Campbell pointed out, have become increasingly confused about expecting myths to conform to historical facts in the same manner as empirically observed phenomena, when this is not their purpose. And furthermore, confuse myths with superstition - since myths don’t involve needing to believe anything. I suspect that this results from most people’s understanding of metaphysics having been informed by religious conditioning to the effect of “Believe this, because it really happened!”. This encourages gullible people to apprehend subjective ideas as objective truths, and gets critical people to try dismissing their subjectivity entirely. The more “accurate” middle ground might be more of a “Is the thought of a unicorn real?” variety.

“Believing in UFOs”, as you’ve just shown, means completely different things to different people, and I doubt all the 2000 people asked were given a detailed breakdown of exactly what was meant by each question.
Basically this poll was pretty much useless.

Well, considering lots of aliens visit the UK and one has to just cross the channel to live amongst alients this is hardly surprising. Now, if the survey had asked about extraterrestrials that would be much more interesting.

Right, right. Somebody said “alien” she thought they said “illegal alien” and signed up!

Alien is always a relative term, but people usually use it as an implicit reference. My first question is always “Alien to what/where?”. Just as the synonymous word “foreign” tends to be loaded with its own connotations - something from outside of the body might be described as “foreign” rather than “alien”. It all depends upon the frame of reference.

Given the source and context of the poll, I’m pretty sure no one thought about it that hard. To just about anyone outside of BoingBoing, ‘Alien’ means extraterrestrials.

The existence of aliens is statistically far more probable than a single omnipotent being capable of making planets, so I’m not sure why this poll is considered surprising. Shouldn’t we be celebrating the fact that people appear to be thinking more rationally these days (belief in ‘ghosts’ notwithstanding)?

scientologists believe in alien ghosts, they need to be recruiting harder in briton apparently!

The existence of aliens is statistically far more probable than a single omnipotent being capable of making planets, so I’m not sure why this poll is considered surprising.[/quote]

But it’s not, really, because there are no such statistics. This is the trap of popular science, if you aren’t willing to test it yourself, you need to take it on faith as being sufficiently “scientific”.

There are a few assumptions being made here. Where did you get “a single omnipotent being capable of making planets” from? This is just latching onto one possible meaning of deity. There are thousands of gods, and most of them are not attributed with cosmological creation. So this is picking only one possible definition of “god” among many. Another is existence versus belief. Does belief imply existence? If something exists, why would I need to believe in it? And as I had mentioned before, you are suggesting empirical methods for evaluating myths, which are metaphysical constructs. They are not supposed to be “real” in that sense.

[quote=“nanite2000, post:16, topic:44746”]Shouldn’t we be celebrating the fact that people appear to be thinking more rationally these days (belief in ‘ghosts’ notwithstanding)?

I’d argue that “appearing to be thinking” is not worth celebrating, in itself. It is easy to be rational (proportional) without being reasonable - as in thinking clearly. IMO belief in anything tends to be a problem. What I watch out for is movements for switching belief from one thing to another versus basing social interactions upon actual evidence. This gets compounded by abuse of mythologies (which are supposed to be frames of reference for internal, subjective understanding) and using them as a basis for social interactions. This allows people to take ideas which make “internal sense” and project them into the cultural space to make their rationalizations appear universal.

mythologies (which are supposed to be frames of reference for internal, subjective understanding)

The creators of those mythologies would not agree, and for most of history (and in some places today) saying that would get you killed. A lot more people used to actually believe their religions. Go read 1 Kings 18-40.

[quote=“AnthonyC, post:19, topic:44746”]
The creators of those mythologies would not agree[/quote]

I don’t know if that’s fair to say, since myths seem to gradually grow from a culture, as opposed to being formulated by a specific person or group. What appear to be exceptions are when some codify ideas which were already in common circulation. OTOH, people who exploit myths for specific cultural goals, i.e. organized religion, tend to be hostile to both new interpretations, as well as historical perspective which shows the development of such ideas over time, preferring passive acceptance of it as “received knowledge”. This is why evangelical religions persecute mystics, they promote a dead version of their myth as an institution.

Also, there is another layer of classism involved, that of different understanding between clergy and laypeople. There have been surveys among theologists which demonstrated that the vast majority of them do not believe in their deities in an empirical sense. But these organizations still often preach belief and or faith in their tenets to laypeople. The conceit is that laypeople cannot be expected to understand the deeper truths of the concepts, so they should find comfort in a popular version for the uninitiated. Literal readings are for the followers.

and for most of history (and in some places today) saying that would get you killed. A lot more people used to actually believe their religions. Go read 1 Kings 18-40.

Ok, but an honest appreciation for the traditions of Christianity might involve a broader perspective. If early Christianity was so hostile to other Mesopotamian religions, then why did it borrow from them so heavily? If teachings from the East were not to be trusted, why the huge influx of “good versus evil” doctrine from Zoroastrianism? And what about conveniently forgetting the huge ecosystem of conflicting Christian thought before Constantine, who streamlined it into what could be more easily adapted as a State religion? The modern bible is a product of one emperor cherry picking which “Divine Words of God” he wanted to keep, and which were inconvenient enough to discard.

People in the US and Europe might find it difficult to conceive that most religions of the word are not evangelical - that is, forcing people to believe a certain thing, in a certain way, as part of their doctrine. Even when they are, the underlying mythology changes anyway. A fundamentalist Christian, Jew, or Muslim in 2014 is not the same as one from 1900 or 1500.

Organized religion, I think, is basically antithetical to mythology - a subversion of it.