I am 100% against the death penalty, for lots of reasons, but reading this article on the opinions from the SCOTUS made me sick. 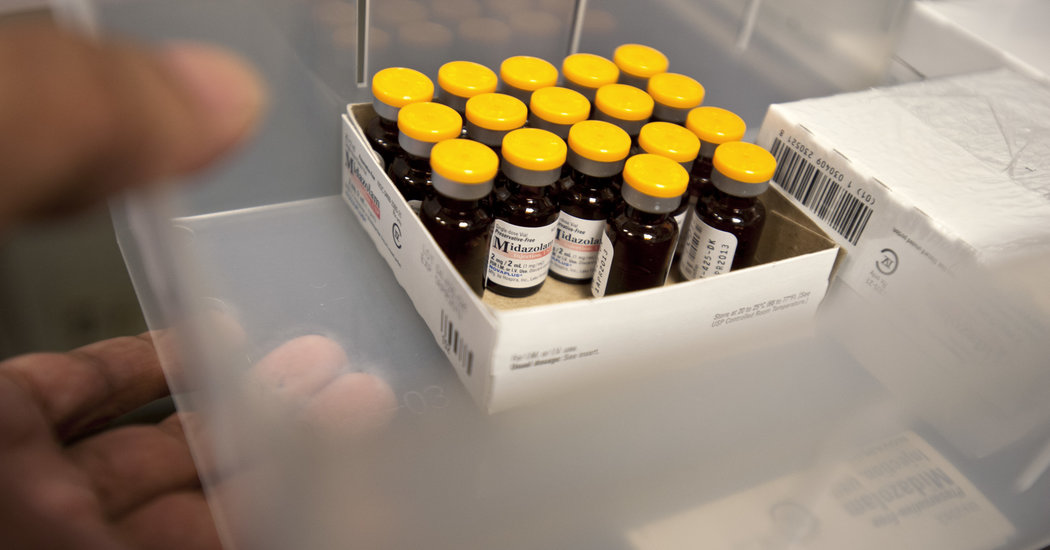 The justices sided against three inmates who had sought to bar a sedative. In the process, two dissenting members of the court came very close to calling the death penalty itself unconstitutional.

Justice Samuel A. Alito Jr., writing for the majority, said the inmates had failed to identify an available and preferable method of execution and failed to make the case that the challenged drug entailed a substantial risk of severe pain.

A fifth of vodka and a handful of Xanax. A firing squad. Halothane. Propofol. Carbon monoxide.

“Petitioners contend that Oklahoma’s current protocol is a barbarous method of punishment — the chemical equivalent of being burned alive,” Justice Sotomayor wrote. “But under the court’s new rule, it would not matter whether the state intended to use midazolam, or instead to have petitioners drawn and quartered, slowly tortured to death or actually burned at the stake.”

Justice Scalia responded to what he called “Justice Breyer’s plea for judicial abolition of the death penalty” by calling it “gobbledygook.” The punishment is contemplated by the Constitution, Justice Scalia said, and disingenuously opposed on grounds created by its opponents.

Scalia, I fucking hate you.

Oh, and Scalias opinion on capital punishment comes from the same dude that ruled as long as legal procedures were followed correctly, innocense doesn’t matter.

Time for me to build my unstoppable Ginsburg clone army.

Time for me to build my unstoppable Ginsburg clone army.

The guffawing and chortling demeanour of protracted and poisonous evil that leaks out of that entity is only matched in its depth of deliberately loathsome inhumanity by its debasement of the concept of authority through gloating impunity.

This topic was automatically closed after 599 days. New replies are no longer allowed.