Woody Guthrie was a socialist, if not a communist, and his song is for everybody…

Which is why that they weren’t allowed to play it on the radio at first.

Woody Guthrie’s “This Land Is Your Land” has lost a bit of its protest oomph—in part because of a decades-long denial of its later verses.

Meanwhile I just saw a guy wearing a shirt saying
Sorry I cant hear you over my freedom.

And Woody has grandchildren, so he must have been one of those antifa grandparents.

Guthrie may or may not actually have been an official Communist (he may even be that rara avis, someone who never joined the Communist Party but claimed he did, as nobody can find his actual Party records), but he was a Stalinist. And this from the Guardian of all places. 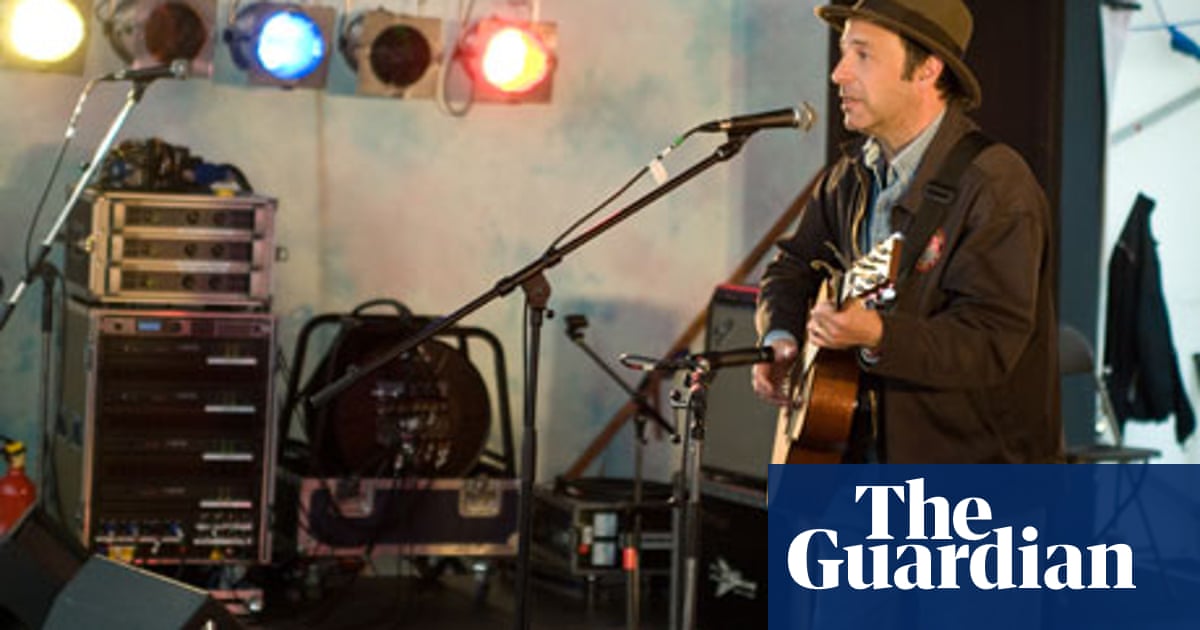 Zoë Corbyn: Professor Will Kaufman has written a biography of the radical American folk singer Woody Guthrie, and is singing his way across the US to promote it

You know what? Communists want to end inequality and poverty. They want to give according to need and contribute according to ability. It never works out, it always seems to go horribly in practice- but at least the motives for supporting it are somewhat understandable and even in some ways noble.

Fascists control people through hatred and ignorance and fear. They are all about punishing or destroying the other. If you support fascism then you are a horrible person.

Give me a communist over a fascist any day, even though I don’t think a communist group over a couple hundred people would ever work.

It never works out, it always seems to go horribly in practice

Because it’s necessarily built on bureaucracy and is imminently corruptible. Those ambitious of power are always the ones who rise to power. In a system built on individual wealth accumulation like capitalism, they exploit the system for self enrichment. In a system built on even distribution of communal wealth, the ambition is the seizure and holding of power for reallocation of wealth to themselves and their apparatus. Same types of people, slightly different outcome based on the style of bureaucracy.

It never works out, it always seems to go horribly in practice-

Has anything other than Marxism-Leninism been given the chance to succeed?

I don’t think a communist group over a couple hundred people would ever work.

So something like Communalism, or Democratic Confederalism in North East Syria (which is based on Communalism)?

Murray Bookchin What is Communalism? The Democratic Dimension of Anarchism

Abdullah Öcalan Democratic Confederalism 2011 The word “Qwam” plural “Aqwam” can mean “people”, “nation”, or “tribe” depending on the context. The...

There was an infantile (and to my knowledge, only sung by elementary school-age kids) knockoff that is rather frightening:
This land is my land; this land aint’ your land;
If you don’t get off; I’ll blow your head off;
I got a shotgun; and you don’t got one;
This land was made for me alone.

We really had no idea what we were singing.

Woody Guthrie was a tenant of Fred Trmp’s in Brooklyn in the 1950s and pegged him then with another tune he may have never finished:

He also reworked “I Ain’t Got No Home” with a new verse about Trmp:

More on that story at https://theconversation.com/woody-guthrie-old-man-trump-and-a-real-estate-empires-racist-foundations-53026

What an amazing job, syncing up all those bits of video.

Also, what a great choir they are too.

I certainly wish Rojava a lot of luck, and I very much hope they succeed and find peace with Turkey and their neighbors. This part of the world has had a lot of strife, and particularly the Kurds have had a lot of bad things happen to them; and I hope they can make a place where they are safe.

To be honest, from my limited understanding, with the hyper local rule and decentralized power structures, their government form sounds a lot more like a tribal government system than a communistic system; and those can be very stable and successful. While it failed in the USA, that is kind of an odd duck out - it was quite successful for the Native Americans. (I suspect that for historical reasons US Citizens just don’t have enough of a community mind to find success with this government form. Even 200 years later, we’re still too selfish and self-centered.)

To be honest, from my limited understanding, with the hyper local rule and decentralized power structures, their government form sounds a lot more like a tribal government system than a communistic system; and those can be very stable and successful.

Abdullah Öcalan was a centralist Marxist-Leninist until he read Murray Bookchin’s work, which was sent to him by feminist supporters. He only changed the idea of what Kurdistan could be about 20-25 years ago.

As for “communistic systems”, the centralised vs decentralised argument has been going on since the beginning, nearly 200 years ago. The end point of Communism is a decentralised stateless society, even in Marxist-Leninist theory although they show no interest in actually making it happen. The only difference is that the anarchists and libertarian socialists think that decentralisation should happen as soon as possible, while the state communists think it should be a more gradual process.

Decentralists do look at tribal structures as potential examples of proto-communism, but it is not an uncritical view as there are many things that would be undesirable in a forward looking socialist society.

I will happily admit that my study of government types is very shaded by a finance/economics background; so I was always more interested in the command versus “invisible hand” aspects of Communism, since by all rational expectations you could plan better than market forces production while optimizing for different factors than short term, individual profit. (This spring showed us how badly the market can fail rapidly changing conditions and how fragile capitalism is- and frankly how bad it is for the people.)

Honestly, I am having trouble understanding how Communism (the command market economy) would work without central planning, although in a confederation of small tribal or communist “cells” you could have trade agreements between cells and a understanding of needs firsthand within the cell take the place of a central authority…

Honestly, I am having trouble understanding how Communism (the command market economy) would work without central planning,

Again, not all communism is Marxism-Leninism, no matter how much tankies and free market capitalists want you to believe that it is.

Communism is the workers owning the means of production. Nothing more, nothing less. How that happens is where all the different political views come in, which is socialism (although not all socialists are communists, some are even anti-communist).

Mutualism is an anarchist school of thought and economic theory that advocates a socialist society based on free markets and usufructs, i.e. occupation and use property norms. One implementation of this system involves the establishment of a mutual-credit bank that would lend to producers at a minimal interest rate, just high enough to cover administration. Mutualism is based on a version of the labor theory of value which it uses as its basis for determining economic value. According to mu Mut...

Honestly, I am having trouble understanding how Communism (the command market economy) would work without central planning, although in a confederation of small tribal or communist “cells” you could have trade agreements between cells and a understanding of needs firsthand within the cell take the place of a central authority…

You have started to answer your own question, although there are many variations on how to do it and if I go through them all this comment will end up being a wall of text.

Sadly, I think we have probably hijacked this tread too much, but I would like to express my genuine appreciation for your replies! I have learned much, thank you!