Obama's coming for your Christmas drones

I’m not terribly concerned. For anything commercially manufactured, it shouldn’t be much more onerous than adding a name and a serial number to a database.

It gets tricky for DIY contraptions, but I am pretty sure that the bigger goal is to create a more robust legal framework to encourage responsible behaviors.

We must do something about all these school dronings!

With all of these Chinese online stores selling remote 'copters out the wazoo… How are they going to enforce this? Catch em on import?

Where the hell is the NRA when you need them? Isn’t your right to protect yourself with drones protected by the Second Amendment? What’s going to happen when the terrorists come for your little children? Let me say that again: terrorists!

Wouldn’t drones for combat not be “recreational”?

Wouldn’t drones for combat not be “recreational”?

Exactly. The gun-bots are exempt. In fact, the NSA believes there should be one in every home. 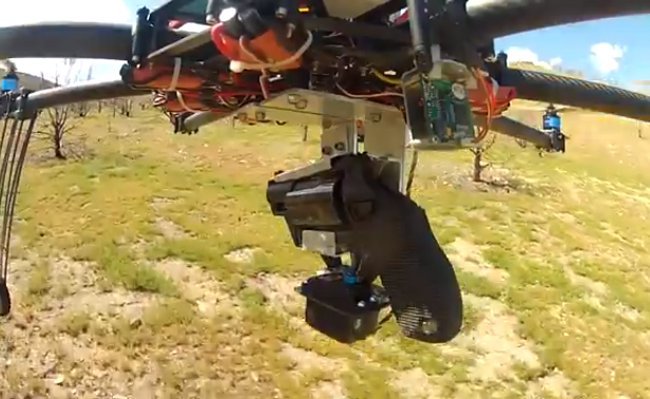 “Well that’s never happ… Oh wait. I’m sorry gunbot, it’s not you. You’re a beautiful talented gunbot, and I love you. I promise it’s not you. I really want to keep going. I’ve just been having a stressful week at work…”

“Stop pointing that shit at my junk. You know it makes me nervous.”

I’m not terribly concerned. For anything commercially manufactured, it shouldn’t be much more onerous than adding a name and a serial number to a database.

I believe it was Star Trek The 25th aniversary game for PC that Dr. McCoy had a couple of cherry picked classic lines like,
“Damnit Jim that’s a phaser not a flashlight.”
“sigh stop pointing that damn thing at me Jim.”

I’m sorry, I’m missing something: how is registering something at all similar to giving some remote access to (or authority to spy over) said device?

I hate this kind of oversight. Model airplane hobbyists have always policed themselves and didn’t need this kind of babysitting. But some (I’m sure the numbers are miniscule) drone enthusiasts have endangered the safety and property of the public. I wouldn’t want to be on a plane that sucked a drone into it’s engine, and I’m on record stating that my suburban habitat suffers from an excess of noise pollution–both from the streets and by air. However, it’s better than an outright ban.

So what’s considered a drone exactly? 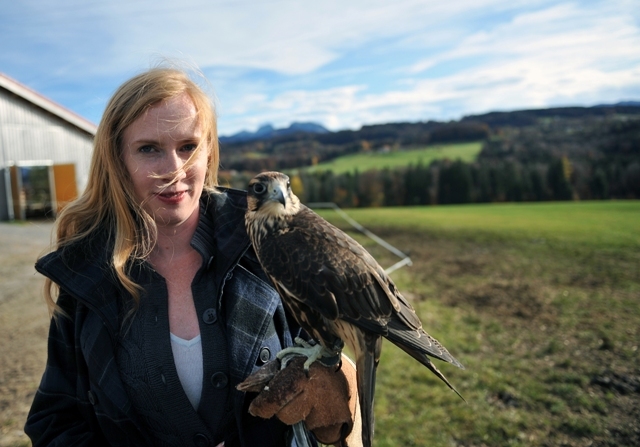 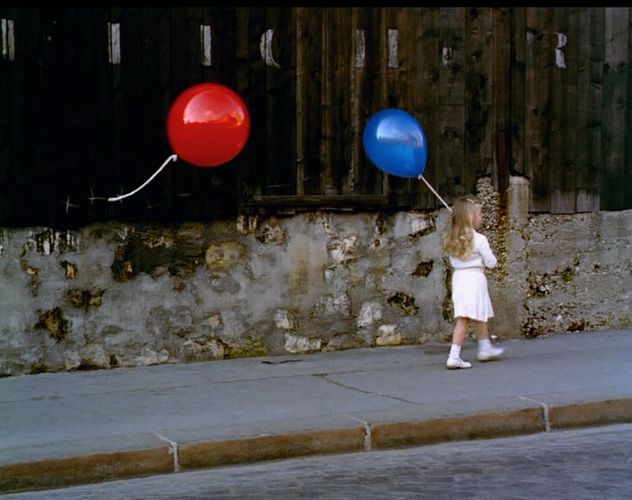 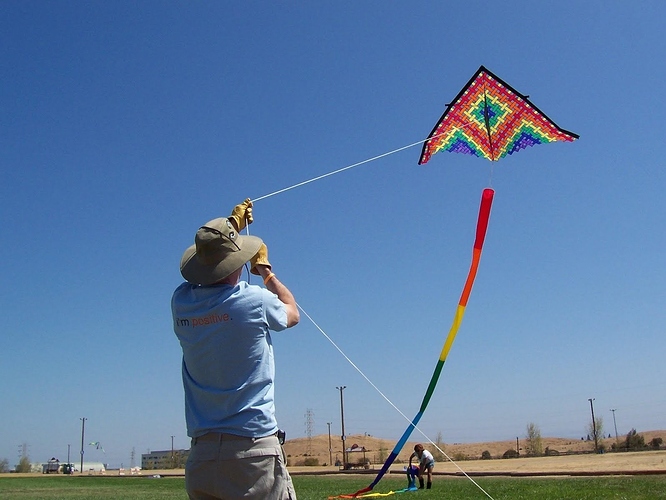 And is there a size limit or are we registering anything that flies? 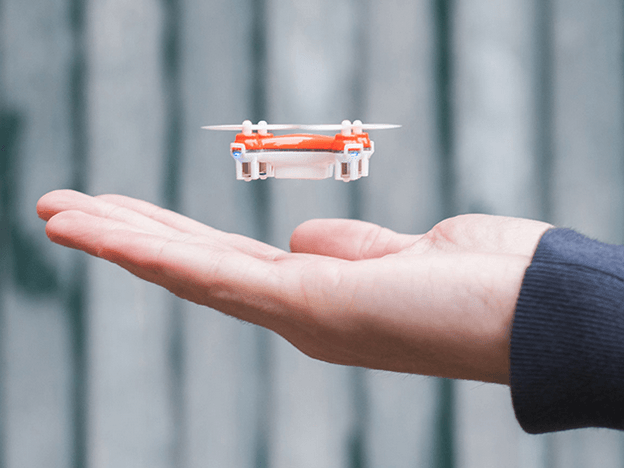 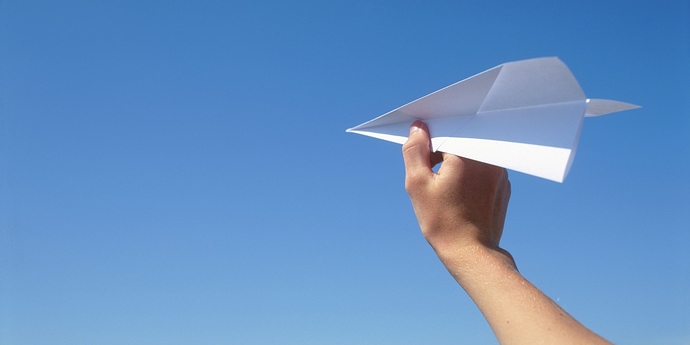 The FAA’s definition of “aircraft” is a device that is used or intended to be used for flight in the air and they’ve tried to argue anything that flies is an aircraft in court.

Personally, I can’t wait until I have to register each of the balloons I get in a 100 pack with the FAA.

I can’t wait until I have to register each of the balloons I get in a 100 pack with the FAA.

The FAA will require an approval sticker on each one that is so heavy that it obviates the helium buoyancy. 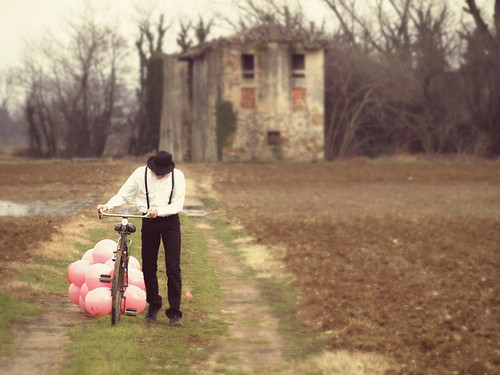 Laugh all you want about unregistered balloons, but it did almost start WWIII, at least according to one German pop band:

I wouldn’t want to be on a plane that sucked a drone into it’s engine,

Rather unlikely even, don’t you think? Birds are much more likely to strike planes (and do occasionally). IIRC plane are made to suck in birds and still be able to limp back to the air port.

I’m sorry, I’m missing something: how is registering something at all similar to giving some remote access to (or authority to spy over) said device?

Woah woah - who said anything about spying? Is a patrol car on the side of a highway spying? Is CCTV in public areas spying? This is simply a safety measure. Untold billions of dollars are lost due to computer based fraud. An untold number are victimized in small and large ways on the internet. That proposal is just a monitoring system to keep you safe. If someone was threatening you, wouldn’t you sleep better knowing that the authorities had the access and evidence of the person harassing you?

It’s just an order of magnitude. Give a little more, and a little more. You don’t mind this small common sense safety measure. Don’t worry, the government is here to keep you safe.

A well-regulated robot militia, being necessary to kill all humans, the right of the people to keep and fly drones shall not be abridged!

I don’t disagree with the idea of registering potentially dangerous things such as drones and guns, on general principle. But what has a more significant affect on my safety and that of people around me is not so much the number and proximity, but rather, whether people are treated fairly. This sort of equanimity requires that the same laws are enforced in the same ways for all. So, naturally, the Feds are happy to include their weapons inventories and uses on a public database along with mine.

Otherwise, I prefer to wait for them to send me their FOIA requests to process as I see fit. Because this is the walk they walk, regardless of what they say.