Poor expectation management on the part of the Oculus folks… But I’ll be honest when I say I never expected them to sell it for anywhere near $350. This price is much more what I was expecting it to go for.

$600 plus the cost of a new graphics card? I think I might have to wait for a price drop.

I’d been waiting for this day, and a day later I still can’t bring myself to pull the trigger. If I get any 1st gen I bet it will be Rift with its touch controller, but so many games (in general) have been stuck in verbs like shoot and jump (see bundled titles) and I’m tired of that territory.

I’ve been holding off on new PC hardware so I’m ripe for the purchase. I tell myself people are working on all sorts of experiences so there shouldn’t be a problem finding content that isn’t yet another fps or rpg.

Maybe it’s the prototype printrbot jr. that I never got fully calibrated. Maybe it’s the two boxes of Soylent 1.0 I still need to throw away. (My last two big early adoptions didn’t go so well.) My feet just don’t seem to be warm enough for this.

Compare the performance boost over google cardboard, with the price difference, and you start having to really ask yourself if it’s worth the money. 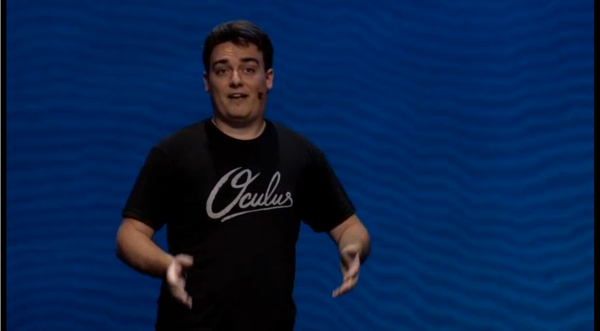 The big mystery behind Oculus’ $599 preorder fiasco was how a savvy company like Oculus, owned by a savvier company called Facebook, could fail so spectacularly at setting its customers’ expectatio…

“Oculus is famous for its grassroots engagement. Was it really deaf to its fans’ price expectations? Facebook is a model of business competence. Did it really not think its pricing-reveal through? Let’s give them both some credit and applaud their bold and slightly villainous use of Sticker Shock as a marketing tool.”

Realistically a lot of VR adopters will be looking down at…