I’d say once again life immitates The Onion, but I’m not sure even the Onion would go there.

I think this is a case where a customer note got added to an address field in a database somewhere. I work with a lot of computer systems and see similar, though less offensive, problems all the time. If the system doesn’t have a good notes or comments field, users will stick their information in anywhere they can. I see addresses like “do not fax invoice”, “DO NOT USE!!”, “* USE NEW A/C # 1104 *” in the system I’m using right now.

Some salesperson or customer service rep probably made the note about the daughter so that the gentleman would NOT be offended by references to his children in the future. And because they stuck it in the wrong place, it backfired on Officemax.

I would however request to never, ever have to receive a bit of junk mail from them again.

Ambulance-chasing lawyers might want to buy a list of family members of people killed in car crashes.

Ambulance-chasing lawyers might want to buy a list of family members of people killed in car crashes.

Not really, no self-respecting lawyer would pay for a list that they can get for free with a little public records know-how.

“is there a sub-list for “bereaved parents” that’s rented out to grief counselors looking for business?”

From what I’ve heard, there’s a sublist for just about everything. Segmented, targeted marketing is incredibly sophisticated these days, and it doesn’t just apply to online behaviors. Just read this article about how your credit card company knows when you’re getting a divorce, and when you’re going to have a baby (sometimes before you even announce it). That’s just the tip of the iceberg. And if some retailer wants this data, it’s just pennies a name.

At the same time, if I was the CEO, you can bet I would be there on the next plane with an apology and a case of the finest paper. And some of those nice pens, too.

Why is it unreasonable to ask for a direct apology from the boss of the company? Is it that he’s too busy, or just too important to make a small gesture of sensitivity after an incredibly upsetting mistake by his employees? I’m sure he could spare a few moments from lighting his cigars with $100 bills to make a quick phone call. I bet he will. (I think you would too, @William_Holz - admit it.)

Reality’s war on satire has been proceeding toward the mop-up phase for some time now. In the near future, the surviving satirists will be eking out a living by providing ideas for next quarter’s strategies.

I think the problem is that, when you’ve just been put through the gears of the impersonal, data-driven, modernity grinder, there really isn’t anyone suitable to apologize. That’s part of what creeps people out about it. In absence of any particularly suitable candidates, it’s either ‘prepared statement from generic spokesperson’ or ‘organization’s leader’.

I can certainly understand this guy’s feelings. But Office Max actually does not have a CEO. It is a brand of Office Depot.

Oh, I totally think he should, as William Holz the non-traumatized person!

But were I the one who actually got he mail I’d never think of such a thing, I wonder if that idea doesn’t come from a family member or something.

I can certainly understand this guy’s feelings. But Office Max actually does not have a CEO. It is a brand of Office Depot.

So its CEO would be the Office Depot CEO. Riiiiiiight? 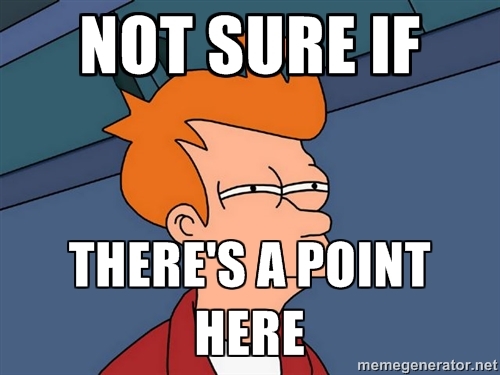 Wow. Totally not relevant. There is no one legitimate thing people would desire out of an incident like this. For all you know, not only has @William_Holz lost a child, but has had something similar happen. That’s not a question that deserves the dignity of an answer. It’s like asking someone if they were raped, because they expressed a sentiment as to their personal feelings about what the punishment for rape should be. For all you know, the answer is yes, and for all you know- even if the answer was no, that answer wouldn’t change with the circumstance. This is not an argument you win- this is personal preference, there is no “more correct” response here.

“is there a sub-list for “bereaved parents” that’s rented out to grief counselors looking for business?”

McGruber writes "During her testimony (PDF) at a Senate Committee on Commerce, Science, and Transportation hearing Wednesday about the data-broker industry, Pam Dixon, executive director of the World Privacy Forum, revealed that the Medbase200 unit...

I think the problem is that, when you’ve just been put through the gears of the impersonal, data-driven, modernity grinder, there really isn’t anyone suitable to apologize. That’s part of what creeps people out about it. In absence of any particularly suitable candidates, it’s either ‘prepared statement from generic spokesperson’ or ‘organization’s leader’.

My question was because I find it rather insulting that a person would basically declare that this guy is reacting wrongly in this situation. But you are right that my being offended is not reason to be offensive, so I deleted my comment.

Well, I can’t speak for him, I lost my wife two years ago rather than a child, but even had I lost a child we all experience things differently. I didn’t see your other post but I’ll just assume you made the good point, which is how can I get inside that guy’s head.

I can’t, and we have irrational moments in our grief, which I suspect never ends. But I can say while the old me could see asking for an apology, the one that’s been hurt sees that as . . . alien.

I can understand why, though I’m struggling to figure out good language to explain it. Even trying to mentally go there feels like it’s almost offending the memory of my beloved. The idea of asking for an apology for a mistake that somebody clearly had nothing directly to do with seems so at odds with the emotions associated with grief that it’s hard to comprehend the thought process, especially since it only revisits things in a really awkward way.

We’re all different, and I wasn’t saying that people over at Officemax shouldn’t be thinking about doing nice things for him, just that it seemed odd that he would specifically ask for an apology from a CEO over this. If he did then that’s totally cool and he deserves the right to, but I wouldn’t be surprised if he wasn’t the source of that particular request.

That’s the first thing I thought of when I first saw this mentioned elsewhere… while I feel bad for the father who is still grieving, this story could just as easily have been “Officemax calls and asks for daughter who died recently”