My son learned to make this six months ago, and he’s still talking about it! Too bad there are so many ingredients that are exotic in the US. I wonder if fish sauce could substitute for bonita? And what does Kroger sell that tastes a little like nori?

Bonita flakes are hard for you to find? I can get a small tub in the pet store for cat treats. Or maybe it is because I live in Seattle such things are easier to find.

Maybe I was just looking in the wrong aisle. Mmmmmm kitty treats!

Any decent Asian grocery should have all you need and I have 2 in easy driving distance. Kroger not so much.

My family makes okonomiyaki all the time! It’s an amazing cheap and filling meal. Great way to get your veggies.

After a few times buying the (expensive) the bags of mix, we just make our own. You’re basically buying flour, salt, and sugar with a bunch of MSG and other artificial ingredients at a huge markup. You can find a decent recipe online which are just as good if not better.

Don’t skip the green onion, that really is key. And the sauce! An old shoe would taste good with that stuff slathered on it. I seem to recall that my wife preferred Otafuku, but I liked Bulldog brand better…

One of my first internet research projects as a dorky weaboo middle schooler was looking up the recipe for this, then riding to the grocery to pick up the stuff, and make it one summer afternoon. My best friend and I at the time were deeply into Ranma 1/2, and I was an especially big fan of the Okonomiyaki chef character, Ukyo, who fought using a giant spatula (this may have been inspired by the early 90s comedy website Spatula City, of which I was also a fan at the time).

This article sent me back in time. And made me very hungry. Though at this point of my life I’d have to research strategies for making vegan okonomiyaki…

Oh, man - next time I’m in Japan okonomiyaki will be my first meal. Love it! Especially with a cold beer!

Please note - Japanese mayo is different than US mayo. Yeah, Hellman’s is an acceptable substitute, but Kewpie Mayonaise is the preferred condiment.

And there is no substitute for bonita flakes. None.

Our Japanese exchange student taught us this last fall. She brought the Okonomiyaki kit with her. I didn’t expect to be able to find this so easily, though I shouldn’t be surprised, since we have already ordered dashi (used for many things, especially fried rice) and Japanese curry kits from Amazon.

Don’t skip the bonito flakes: when done correctly they dance atop the dish, it is really cool to see (and taste).

I’ve had it only a few times, but the best I’ve had, so far, was in Honolulu, Hawaii. That shouldn’t be that surprising, except it was at the Ala Moana Mall, upstairs in the Shirokiya department store. There’s this crazy Japanese food circus up there. You can get Okonomiyaki with octopus, pork, and/or shrimp at Takoyaki Yama Chan. I’m still hoping to find some in Seattle that’s as good, though.

Agreed. I’m always surprised that anyone who has eaten okonomiyaki would call it pizza. Cabbage pancake is how I describe it. For me it varies from okay to repulsive depending on how heavy it is.
Edit: Also, the Japanese name for skipjack is katsuo which is sometimes called bonito in English. The flakes are katsuobushi.

Dude, you can typically find this stuff in any asian grocer. At such shops, this stuff is not expensive. You can get the “kit” type as featured in the OP which typically contain a bag of okonomiyaki flour, a sachet of bonito flakes, some powdered seaweed and some of them come with sauce as well. If you wanna make this regularly you need to get the items separately and it will be an extremely cheap food.

You can get a jug-sized bottle of sauce for $16.50 bucks-ish 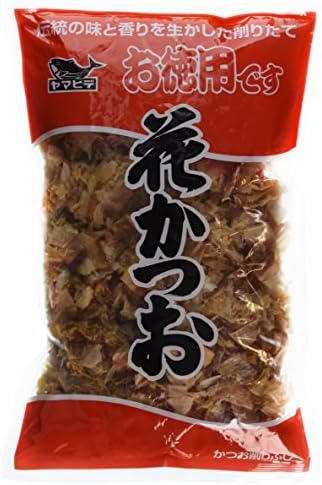 Kewpie mayo and seaweed are the easiest to find typically, and are actually stocked in resular supermarkets in Australia in the Asian section. Obviosuly it’s in sheets as designed for sushi, but you have scissors I’m sure.

If you wanna get lazy just get the “frequently bought together” option on amazon:

Also: you can put pretty much EVERYTHING in okonomiyaki… there’s no “correct” set of things to add. Kimchi goes well. I think the reason people frequently refer to it as ‘japanese pizza’ is because it’s round, it’s oily and frequently includes cheese. Another option you get when eating in any okonomyakistically bi-partisan city like Tokyo is the choice of Hiroshima-style (which includes noodles at the bottom of the pancake) or Osaka-style (which is what people usually have and is pictured on the package).

@TobinL man… don’t eat food designed for pets. It’s treated differently, isn’t as carefully regulated and is not the same.

@JoshuaP If it only ranges from OK to repulsive, you’re doing it wrong. I think I posted this before somewhere or other on BB, but if anyone is in Tokyo make sure you go here. You can thank me afterwards

PS: I’ve never really thought about it before, but the food name translates to “fried choice” - because you get to choose what you put in it.

@TobinL man… don’t eat food designed for pets. It’s treated differently, isn’t as carefully regulated and is not the same.

Well no I don’t do that. Just saying if it found by large bag at the pet store it should be easy to find elsewhere. Besides the kitties would make shreds of my shins if I ate their bonito flakes.

Yea, I just prefer to use what I can find in walking distance. We have Asian groceries here too, but I can make yakisoba with whole-wheat noodles and veg. Based on my (reading-words-not-eating-things) research, it sounds line okinomiyaki sauce is pretty much A-1, and it sounds horrible. I hope I’m wrong.

I lived in Japan for over three years, and consider myself an expert on all foods containing the word “yaki”… And I still tell people it’s Japanese pizza. Metaphors make things easier for people understand new things.

In other news, I am pretty sure the shaved bonito flakes “dance” from the rehydration that occurs when they come into contact with the mayonnaise and sauce.

I suppose it depends on what kind of sauce you like. I cannot comment on the A1 comparison because it’s not a common sauce here (I’ve seen it in Costco, but never had it) but I would be extremely surprised if it is. The general profile is probably there - gluggy, brown, sweet and tangy - but compared to most steak sauce I’ve had it’s totally different.

I’d put steak sauce on a steak, sometimes, but I’d put this on most foods anytime

Thanks for mentioning the dancing bonito flakes. They practically beckon the eater towards the plate like a “Hello Kitty” calling you over. Yum!