On "Adiemus" and the world's music

this was literally my first time hearing “the most-performed piece of music in the world.” Normal people are so weird.

I remember a funny thing Vice did in the 90s, they posted up outside a Tower Records and interviewed normal folks coming out about their purchases. Several Titanic soundtracks is what I definitely remember, things like that. Their conclusion was that normal people shopping for music was bliss because they know exactly what they’re going to get, spend 5 minutes getting it and checking out, and are totally happy. Whereas (paraphrasing) “we spend 2 hours going through every bin in the store in an effort to find something that we only kinda like.”

This post is another iteration of this idea, to me. And the funny thing is that after listening to the link, it wasn’t until after I read the rest of the post that I got that it was supposed to be (or was crafted-by-committee to be) “world” music. It sounded 100% european/anglo/white to me. which, of course, it was.

Karl Jenkins is kind of a master of self-promotion; my guess is that he’s including every single ‘performance’ of Adiemus on Delta flights, which multiplied by every flight every day over the course of many years would be a ton of replays, indeed. I rarely if ever hear the song outside of that context unless I seek it out.

Fun fact: when he wanted to replicate that “world music” sound, he listened to a bunch of tribal music and realized that they never use vibrato when singing. So he had his singer, Miriam Stockley, sing nonsense syllables as loud as she could without any classical tone or vibrato, to get that signature sound.

It’s like so much of the corporatized “urban” or “hip hop” music and so on these days. And like a lot of “jazz.” Even when performed by black folks, it’s white folks’ conception of black folks’ music, as provided by rich white folks’ corporations. It’s a reverse Oreo, with vanilla on the outsides and artificial chocolate in the middle.

To give some due credit to search engines - when, couple of years ago, I desperately typed in “Enya dolphins,” Google indeed spat out the vaguely remembered and sought Adiemus…

I’m a “world music” guy. Thanks to Peter Gabriel. Back in my college days I went looking to buy “Passion” (his soundtrack for Scorese’s Last Temptation of Christ) but ended up buying Passion Sources on his RealWorld label by accident. It was one of the first CDs I owned (after the Tull and Led Zep box sets) and it ended up hugely informing my musical tastes.

I always though of Adiemus as inoffensive ersatz world music. I figured if they had to play muzak than Adiemus was a step up over traditional muzak.

In case anyone is interested in music in fake languages, the celt-ish band Urban Trad came within a hairsbreath of winning the 2003 eurovision contest with Sanomi. I think they’ve got better songs in real languages like Sans Garde Fou and Le Serpent but they all have a little bit of that over-produced adiemus vibe.

It’s a reverse Oreo, with vanilla on the outsides and artificial chocolate in the middle.

I’m a “world music” guy. Thanks to Peter Gabriel. Back in my college days I went looking to buy “Passion” (his soundtrack for Scorese’s Last Temptation of Christ) but ended up buying Passion Sources on his RealWorld label by accident. It was one of the first CDs I owned (after the Tull and Led Zep box sets) and it ended up hugely informing my musical tastes.

My discovery of Passion Sources rocked my musical world; I’d listened to Passion quite a lot, start to finish, but I will never forget the first time I heard Nusrat Fateh Ali Khan’s voice on Sources. I made it a habit to pick up any RealWorld albums I could find after that – some of my favorites were the Afro-Celt albums as well as all the Nusrat records. 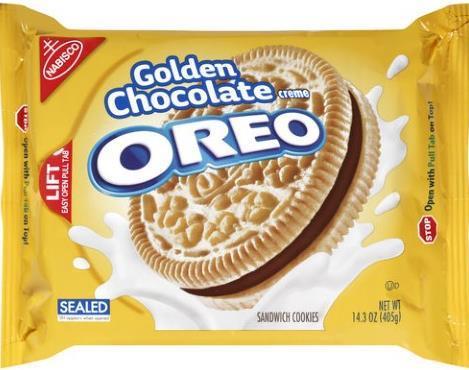 I got my ex to go see Magma by describing it as “kind of like Klingon opera”. That’s all it took. “Let’s go!”

Not what @milliefink described, per se.

My kid actually likes those.

Not what @milliefink described, per se.

I thought they were vanilla cookies with chocolate in the middle? I’m so confused now. 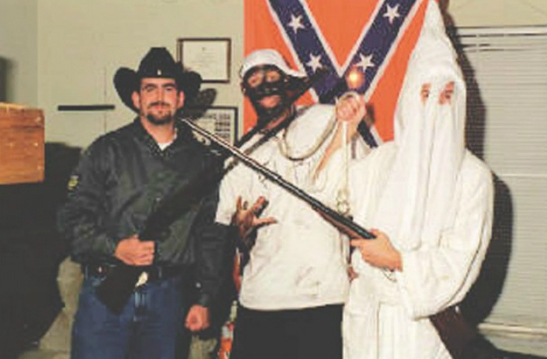 (Took awhile to find one with artificial chocolate.)

Her description made me think of cookies coated in vanilla, and filled with fake chocolate; that’s what sounded gross.

presumably this could be made by delaminating at least two oreos and restacking the layers? I might review this delicacy

Please use real vanilla and chocolate, if you do…

I have cultivated an appreciation for the surreal. It’s one of my survival skills.

Sometimes, when I am in a place with decent bandwidth, I load “Adiemus” for the audio track (A Track) and then look for video (B Track) that would go with it well.

Pretend you are Godfrey Reggio and you already know you’re running Philip Glass audio for your soundtrack. What’s the footage you want your audience to see?

or perhaps this for the video track:

That picture. I laughed so hard i came.