One House Many Nations: Building sustainable homes to solve a national crisis

Tiny houses, affordable/sustainable housing seem to be popular background topics on BoingBoing. The fact that this is an Indigenous project, where they’re going ahead and deciding what they what, rather than waiting on some government department or Parliamentary committee to tell them what’s best for them is just syrup on the pancake! 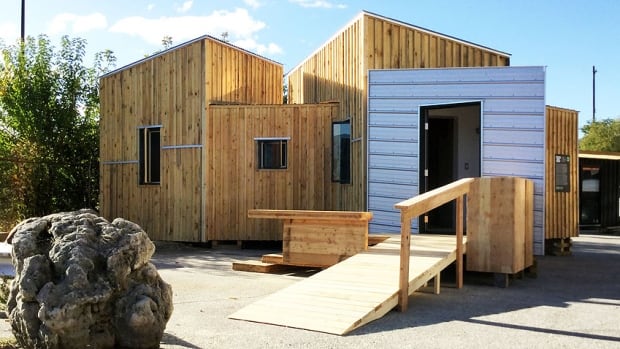 One House Many Nations: Building sustainable homes to solve a national crisis |...

On the Opaskwayak Cree Nation (or OCN), they've come up with their own home-grown solution to a national housing crisis. Paul Kennedy made a mid-winter visit to the reserve — situated at the junction of the Opasquia and Saskatchewan Rivers, in...

For as long as anybody can remember, and certainly since the reserve system was established in Canada, housing for Indigenous families has been doomed to deteriorate even before it was occupied. Stick frame dwellings, built by sub-contractors hired by the Department of Indian Affairs, using shoddy materials were never really intended to withstand Canadian weather, or to last for more than a few years.

In a vicious cycle of planned obsolescence, plastic structures almost automatically required immediate repairs, and frequently demanded replacement by yet another army of sub-contractors. But at Opaskwayak, new modular houses are being constructed, using locally-sourced natural materials. More often than not, these new homes are being built by the very families who will eventually inhabit them.

Alex Wilson explains how the very name "One House Many Nations" reflects the...