Have you read this, it’s splendid. Quite possibly my favourite conspiracy theory of the lot

So Joni Mitchell must have read Heinlein:

Americans are considered crazy anywhere in the world. They will usually concede a basis for the accusation but point to California as the focus of the infection. Californians stoutly maintain that their bad reputation is derived solely from the acts of the inhabitants of Los Angeles County. Angelenos will, when pressed, admit the charge but explain hastily, “It’s Hollywood. It’s not our fault—we didn’t ask for it; Hollywood just grew.” The people in Hollywood don’t care; they glory in it. If you are interested, they will drive you up Laurel Canyon “—where we keep the violent cases.” The Canyonites—the brown-legged women, the trunks-clad men constantly busy building and rebuilding their slap-happy unfinished houses—regard with faint contempt the dull creatures who live down in the flats, and treasure in their hearts the secret knowledge that they, and only they, know how to live. Lookout Mountain Avenue is the name of a side canyon which twists up from Laurel Canyon. The other Canyonites don’t like to have it mentioned; after all, one must draw the line somewhere!
…

I’m not super into the Laurel Canyon sound, but I do like a fairly broad range of music. A lot of that era is preserved on the 8 track format, some of which now reside in my bathroom. 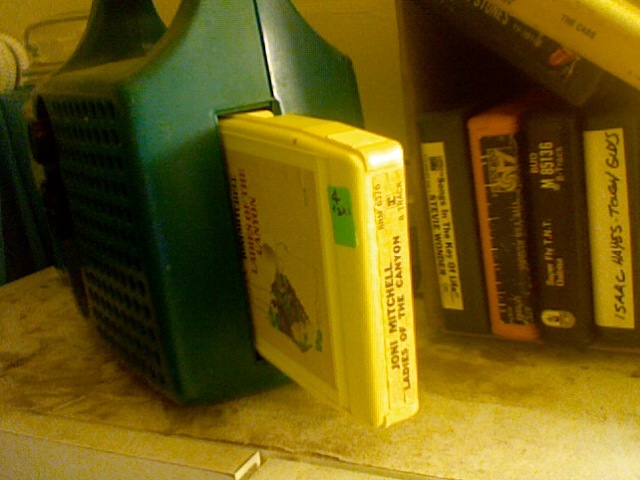 Nice and relaxing music for showering