Own your own two-headed calf taxidermy

I’ve been wondering what to put in my entryway.

For the record, I’m still wondering because that thing ain’t stepping hoof in my house. 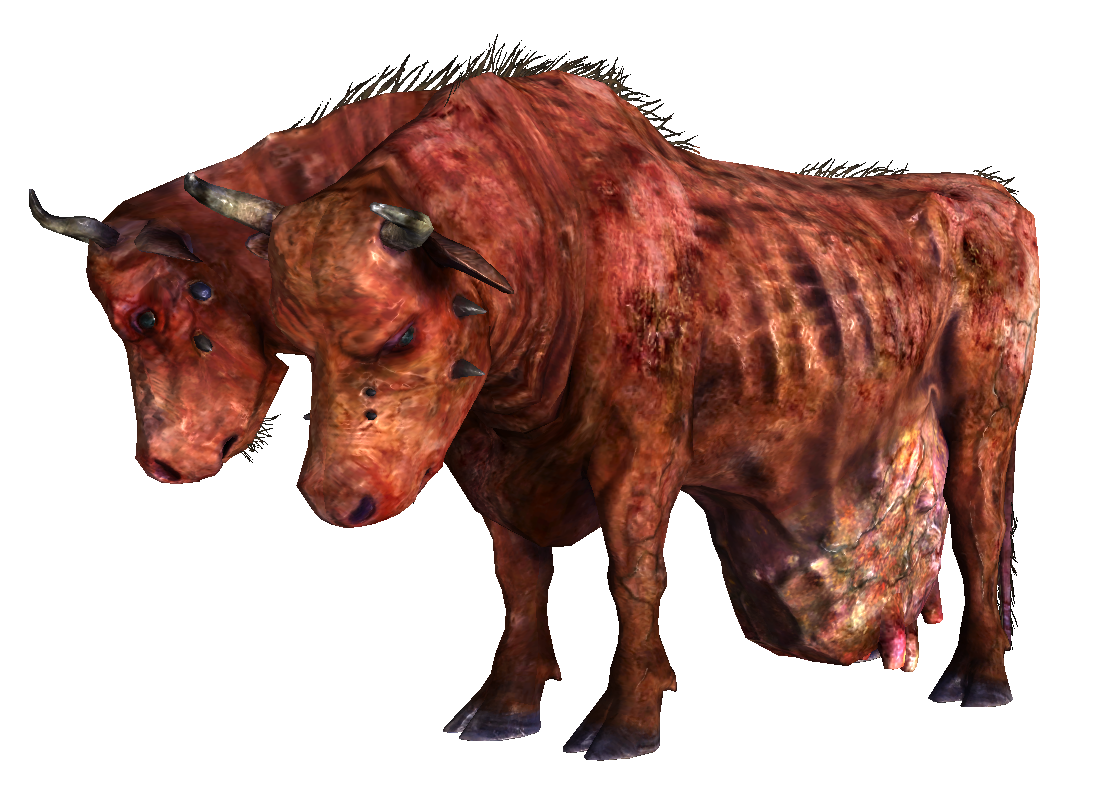 Brahmin or brahma are mutated cattle with two heads and giant udders. They are found all over the post-War United States. Brahmin serve a vital environmental niche in the Fallout world—they form the foundation of survival for many species; most...

Fifteen thousand dollars? You can manufacture these things with a fertile cow and a little polonium, easy peasy.

Nope. I need food. Can I eat that?

Probably hard, hard jerky, but I need to eat…

of course there is a part 2 if you’re curious.

I can’t spend fifteen large on it, but there’s no upper limit to the number of browsers I’d elbow aside to plunk down fifty bucks for that thing at a yard sale. 1,001 uses!!!

The Frontier Times Museum in Bandera, Texas, has a two-headed kid goat, as well as a skull (or skulls) of some creature (or creatures… you get the idea) that apparently lived for some time (two partially separated skulls). Since it’s easy enough to imagine the goat, I present the skull/s: 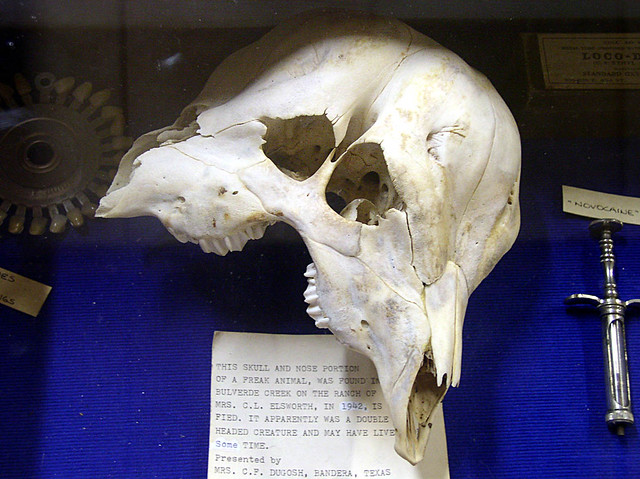 Museum’s highly recommended, by the way. Every time I went, it was chock full of stuff. They show everything they have, and the only things you don’t see are buried under the things you do see. There’s even a Spanish copper spike that my grandfather found on his ranch.

I heard they were undergoing some reorganization, partly because some things were falling apart. I hope this doesn’t mean they’re turning into the Nouvelle Cuisine sort of museum that I hate: “Here is a single artifact, displayed on a clean white pedestal in an otherwise barren room. Try to enjoy its puritan simplicity.”

You can get one for seven quid from the Bowes Museum.