As Kennedy puts it in the Times: “It’s the decisions that we make as a collective that matter more than any choice we make on our own.”

Communism! The Ro-o-oad to Serfdom! Whatever happened to personal responsibility?

Everyone knows that ticks and mosquitos get stopped by the doormen of exclusive condos, that insects turn around at the entrance to a gated community, and that microbes dare not enter a sovereign citizen’s compound.

“Back [in the 1970s] when Scientific American was the name of a magazine. Now it’s a contradiction in terms.”

I remember Scientific American from the early 1970’s (my early teens); my dad was a subscriber. In retrospect, I now realize that it was a technical journal, written by scientists for scientists, no simplification for the uneducated.

Fast forward to the early 2000s: Scientific American has morphed into a thin, glossy magazine on supermarket shelves with pop articles about pop science written at a high-school level.

I didn’t notice it in the 70s, but it was pretty fluffy in the 80s. Science News assumes their readers at least went to college. Have a look.

Science News online features daily news, blogs, feature stories, reviews and more in all disciplines of science, as well as Science News magazine archives back to 1924.

In retrospect, I now realize that it was a technical journal, written by scientists for scientists, no simplification for the uneducated.

Well, keep in mind that you might have changed more than the magazine in the intervening years. It seems to me that SA has always been a mid in-between sort of publication, not a tabloid, but not quite a scientific journal. I’d put it in the same class as National Geographic.

It was an excellent new rules segment this week…and show overall. Though his first guest was Ben Shapiro who is a freaking delusional asshole IMO.

He kept explaining and qualifying how 45 is a complete idiot and then said “I’ll vote for him in 2020” Nice, you’ll vote for someone to be POTUS who you fully admit is an idiot and completely unqualified for the job.

Nice, you’ll vote for someone to be POTUS who you fully admit is an idiot and completely unqualified for the job.

My unofficial guesstimate (Unscientific American?) is that constitutes the mentality of about 25% of his base. They know he’s a complete buffoon, but will vote for him a) to spite liberals/free thinkers b) because he’s “disrupting” (whatever the fuck that means) and/or c) because they stand to profit directly or indirectly from his policies. The remaining 75% are not engaged in any type of thought process beyond crude misogyny, racism or ignorance.

Yeah, I don’t watch this guy anymore.
He’s a bigot.

Completely agree. Just having to watch him on the show and listen to his inane babbling justifications though was infuriating.

Given the amount of time Maher has dedicated to spreading health related bullshit:

Bill Maher: Still an antivaccine wingnut after all these years

It should come as no surprise to anyone here that I consider Bill Maher to be an antivaccine and pro-alternative medicine wingnut. Indeed, early on in my blogging “career” (such as it is), I used to blog about him fairly regularly, mainly because he...

And assorted other bad science he doesn’t really have the standing to mouth off about other science literacy. Of course thats sort of Maher’s thing.

SA has always been a mid in-between sort of publication, not a tabloid, but not quite a scientific journal. I’d put it in the same class as National Geographic.

yeah along with popular science. And later Smithsonian magazine and early Time and life they formed the core of American pop science coverage. Science reporting and tech fandom for the general public.

I do remember my science teachers in middle and high school arguing over which (pop sci or scientific American) was more scientific. But I read all of them at the time (90s) . And spent a good amount of time digging through vintage issues at the library for hard core nerd reasons and school reports.

I don’t remember there being much difference between the two. And the vintage issues are sort of your classic go to for retro futurism and blinkered old school weird. As pop publications they weren’t always ask scientific as we like to think. One of the things I was researching in those vintage issues was bunk like ufos and big foot.

They were definitely less technical on the engineering front by the 80s and 90s. But that seemed to have more to do with shit like Ham radio and rocketry no longer being popular hobbies. And thing like building Your Own computer now involving soldering and knowing BASIC anymore. Along with shifts in which science people were interested in. Aerospace development became less of a popular subject and more of a geeky hobbiests for older dudes with military fetishes. Which shifted the whole subject to Nazi super weapons and which WWII fighter was bestest.

Changes since the 00s likely have more to do with the collapse lf then publishing business and magazine subscription levels.

You are linking to something from 3 years ago to support that “Maher is an anti-vaxxer” when he in fact has said that he does believe in some vaccinations not all. The specific one he is against is the flu shot. He argues there is evidence it has mercury in it and it can cause Alzheimer’s, which is a half truth at best (multi does do contain trace amounts, single does which is what most people get contain none). I personally do not get generic flu shots and my kids don’t either unless it is a specific flu vaccine to prevent/stop an outbreak (Example: a few years back we all got the swine flu shot that particular year it reared up).

My point here is, this is not a black and white case…you can not want ALL vaccines and still NOT be an anti-vaxxer. More specifically he clearly espouses to “Western Medicine not being the be all end all” when it comes to personal health and that it uses scare tactics in some of its approaches. He also most often to says “trust the scientists” on many a thing; and being an complete anti-religion guy it would make sense that he adheres to “Science” being on solid ground.

In specific regards to the article posted here and the new rule referenced from the 6/29 show, he is correct in stating the truth of: “doesn’t matter how healthy your personal health is; if the environment around you is shit.”
I fail to understand how he or anyone else stating that would be wrong. And being wrong about some other thing, doesn’t equate to being wrong about this.

How about “…Bill Maher spreads misleading information about the dangers of vaccines that helps to fuel the anti-vaccination movement.”

At any rate I’ve long since filed Maher in the category of “people I often agree with but no longer watch as I find them personally off-putting and occasionally infuriating.”

I do not disagree with either statement you make here whatsoever. I enjoy his show (I often find the guests excellent and discussions worth while), not his stand up (I don’t find him all that funny), and I could care less what he says on social media (or generally anyone else for that matter).

@Mindysan33 regardless of anyone feeling he is or isn’t or something in between…on this “new rule” he is right. And I might argue that he is only the vessel for the new rules given that it is a team of writers doing the work there…he’s just reading it.

Which is a standard anti-vaxer dodge. As is the denial of being antivax. Basically the glen beck position, “just asking questions” and urging “caution”.

He argues there is evidence it has mercury in it and it can cause Alzheimer’s, which is a half truth at best (multi does do contain trace amounts, single does which is what most people get contain none).

A claim that’s been repeatedly disproved. And comes directly out of the anti vaccine movement. Not from medical science.

There is no such thing as a generic/general flue vaccine though we’re working on one. It’s tailored every year to the specific strains in circulation. Based on which is predicted tobmostblikely cause out breaks.

More over that’s not the half of Maher’s altmed boosterism. He’s dabbled in hiv denial. 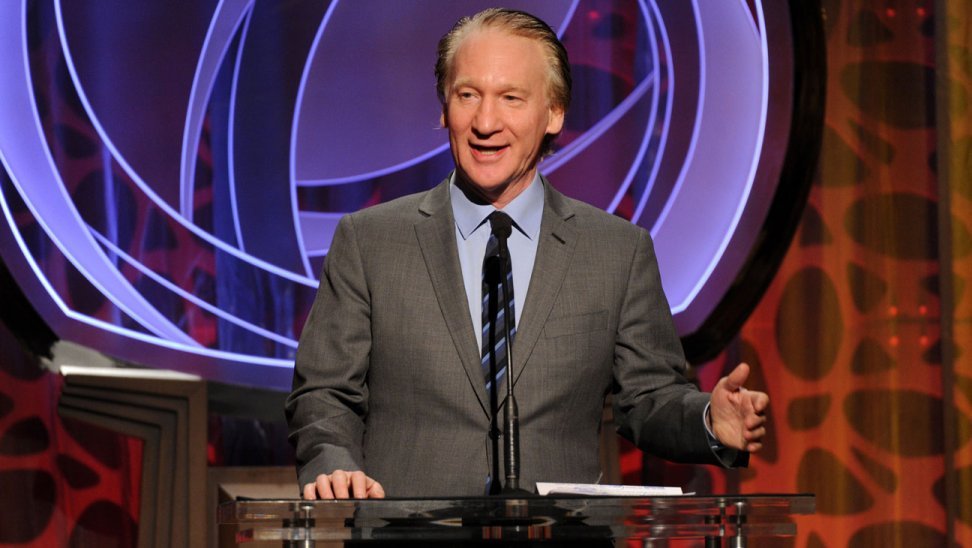 Same as it ever was: Antivaccine crank Bill Maher loves him some HIV/AIDS...

I link to orac’s (an actual doctor and key member of the science based medicine movement) older articles because they’re easily referenced search results and Orac has been regularly covering Maher’s associations with bad science. You can look through the archives at his site for more. Maher’s pushed some cancer bunk and some pretty shit science outside of the medicine realm as well.

Maher may be reporting a decent and sensible article here. But as with most things he does. It’s mostly to give himself a starting point to smug all over others.

It’s HIS show. He’s entirely responsible for the content and for the things he says. I doubt that anything his staff writes doesn’t get his final approval. It’s his name and face out there, and I doubt he’d sign off on anything that he didn’t agree with. And sure, he might be right at times. That doesn’t change the fact that he’s done and said some incredibly shitty things over the years. YMMV, but his continued use of the N word and his comments on Palestinians are more than enough for me: 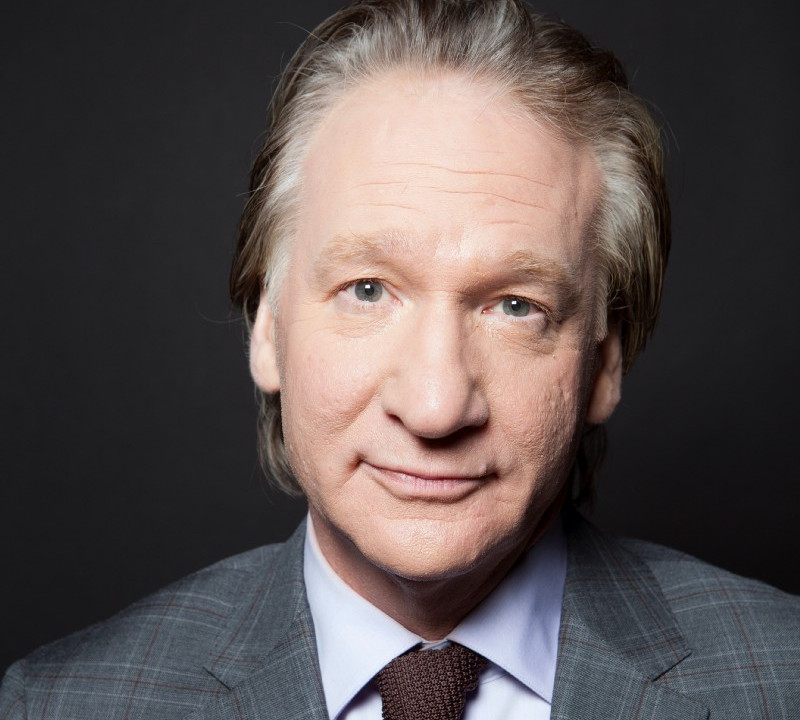 Bill Maher has been a public racist for a long time. Here are the receipts.

“I’m a house n*****,” he told his audience on-camera this week. The crowd loved it, because they know what to expect from him.

And yes, he’s a comedian… That doesn’t make him immune to criticism for the things that come out of his mouth. It’s not an excuse to punch down over and over and over again, against people who do not have a TV show n HBO.

And yes, he’s a comedian… That doesn’t make him immune to criticism for the things that come out of his mouth.

But it’s a joke! That means there’s no way that it could affect the way people think, doesn’t it? /s

Every talks about the irony of Jim Fixx dying of a heart attack while running st 52.

He only took up running and a healthy lifestyle AFTER having a severely damaged heart. He probably extended his life by 5 or 10 years doing it. It’s frustrating to read things that imply his message was wrong or that he was some kind of quack.

Not saying he is immune to criticism at all…criticize away on the other items. I am merely stating that he could be wrong and an asshole about everything else in his entire sphere…but on the one this thread and post are here about, I do not think he is. Personal health means nothing when our entire environment is going to hell.

And @Ryuthrowsstuff when I see a reply like that with multiple single items split out to attack and refute each line item…I’m out. I refuse to have a discussion with someone who wants to nit pick each line/word without context to the whole. Enjoy your day and opinions, leave me out of both.

Personal health means nothing when our entire environment is going to hell.

Fair enough on that point. But it’s also fair enough to point out that he’s had a history of spreading some false ideas about health care as well, which @Ryuthrowsstuff noted in the comment above.

Again, YMMV, but Maher’s outlook is a mixed bag of weird ideologies, many of which are pretty much based on his own privilege.