The greenwashing claim is mostly red meat propaganda as Patagonia has a long history of supporting environmental causes, although you could suggest it’s good publicity for the company considering it’s customers. If anything it’s a tax dodge Patagonia’s $3 billion gift is a convenient way to avoid taxes — Quartz Still I’m not going to complain.

Yvon is getting on in years. It’s possible he wants to ensure via the trust (…created to protest (sic) the firm’s environmental and sustainability values…) that others (relatives?) don’t shift Patagonia from its core values after he is gone.

i was curious about that sentence too…
“created to protest the firm’s environmental and sustainability values”, is it supposed to be ‘protect’ not ‘protest’?

The comparison to BooHoo makes me sick to my stomach. I guess I get it. But really this has been a core value constantly expressed by Patagonia since its founding. I know because since the early 1990s if not earlier, those small but effective climate activist teams that were hanging banners warning of climate change off of buildings, ships, and the Golden Gate Bridge were using climbing and safety gear DONATED BY PATAGONIA. Patagonia had no problem being associated with radical calls for action long before it became “fashionable.” They made no ask whatsoever, for or against being thanked in public.

A more apt comparison would be to a company that touted concerns about the planet just as long ago but proved to be high minded poseurs, The Body Shop. 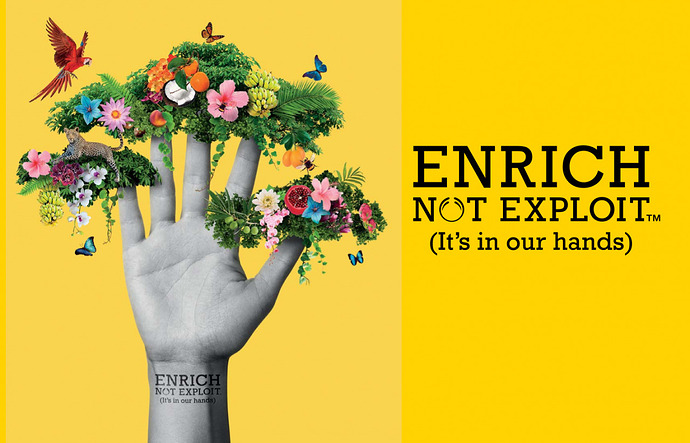 The Body Shop has shifted the goalposts on some of its ambitious 2020 corporate social responsibility targets after its international director of corporate responsibility and campaigns admitted that “not everything had gone to plan” on its five-year...

Anita Roddick talked a big game and attempted to summon the winds of outrage at any criticism. Meanwhile really just raking it in and wrapping every soap bar in plastic.

This is just one example of many long running schemes that if you scratch the surface on each of these they turn out to be utter bullshit - widely touted initiatives that made the activists go away but have never been successfully implemented. Try this… do some light digging into palm oil, sustainable seafood, human slavery in the shrimping industry, or blood rubies. I can tell you Costco appointed a high level exec on one of these, and they haven’t done squat except to admit it is “highly complex” - yeah, because they don’t want to sacrifice the supply chain to break it in order to fix it. Mean time you’ll see product out there that emphasizes that it is the product of the “xyz initiative” - the very same initiative that has made no progress whatsoever and is, in fact, a total failure.

I agree that the boohoo thing shows this failure in the starkest terms, it just sucks that we have to go to the Kardashians to illustrate the fail.

And all fast fashion is terrible for the environment, a fact that has been well documented

Very true. Unfortunately Patagonia’s clothing is financially out of reach for many people ($45 for a simple t-shirt, most of their sweaters well over $100) so I recommend shopping at thrift stores as much as possible. Buying used clothing will always be the most environmentally responsible choice, and most of these shops are owned by nonprofits that do good for the community.

Yep. That was my guess too.

One of the reasons Patagonia’s gear costs markedly more is because of their strident belief that people deserve living wages and the products people consume must be sustainable. The fact that they show us the true cost of that business isn’t because their products are that expensive, but that that is the REAL cost of those products made when you don’t take advantage of people/the planet.

It was a real wakeup call for me to learn that sustainable and living wage means, yes, t-shirts cost $30+ and coats are in the hundred dollar ranges.

Plastic microfibers are found in every corner of the planet. This was their product for 40 years. They led the industry and profited significantly from it. I imagine he needs all the positive PR he can muster.

According to Gizmodo the 700 million in taxes not paid to the US works very much in his favor.

So maybe in the longish run this is good but in my book there’s one monstrous asterix beside it.

yes, it’s a typo that still hasn’t been corrected.

If anything it’s a tax dodge Patagonia’s $3 billion gift is a convenient way to avoid taxes — Quartz 4 Still I’m not going to complain.

While it did minimize the gift tax due to the government, the voting/non-voting structure appears to be more about letting the company be a company that can continue to make money while letting the profits be invested in the cause. Whatever it was for, the tax dodge wasn’t done for the greed of keeping the money in the family as would be the case is almost any other case.

The comparison to BooHoo makes me sick to my stomach.

Same. I appreciate measured framing, but even valid criticism of Patagonia (@Turnips pointing out their sometimes excessive embrace of polluting plastics; to which I would only say we’re all learning and what really matters is how we respond to our mistakes) doesn’t even come close to the disgusting, utterly self-serving nature of a Kardashian and their “enterprises”.

Buying used clothing will always be the most environmentally responsible choice

This. 100% of the Patagonia gear Mrs Peas and I own is second-hand. I was recently at The Mountaineer in Keene, NY and Patagonia had a bin for donating “worn out” gear. I was very tempted to grab as much as I could and run. I suspect the employees do.

One of the reasons Patagonia’s gear costs markedly more is because of their strident belief that people deserve living wages and the products people consume must be sustainable.

Also this. I wish I could personally justify the cost, but I have no hate for their sometimes shocking prices. Everyone I know that’s worked for Patagonia raves about their labor practices (and the seconds bin where everything is $25!!!). Very hard to find a company with that kind of record.

I don’t really know anything about this company, but … most media outlets are reporting this story along the lines of “Billionaire gives away everything to charity” and that’s not at all what’s happening here. BoingBoing’s reporting is a little more balanced, which I appreciate, but this whole thing is, imo, bullshit. It’s a rich guy putting his company in trust. A non-profit trust. I’m assuming he is the trustee, or one of them, which means he still controls all the assets. Leaving aside the tax-avoidance aspect of this…well, no, let’s not do that, because I think that’s the main point here. While he may have good intentions on what to do with his company’s profits, and want to use those profits to address climate change, this isn’t really at all an efficient way to do that. This is, to me, just like those stories about rich alumni who give a commencement speech at their alma mater and announce that they’re paying off the student loans of everyone in that graduating class. Great! But…it actually solves nothing. Maybe it’s just my distrust of capitalism, but this is not the way to approach climate change. I don’t think this is the feel good story everyone thinks it is.

i was curious about that sentence too…
“created to protest the firm’s environmental and sustainability values”, is it supposed to be ‘protect’ not ‘protest’?

This was a typo and has been corrected.

I don’t think this is the feel good story everyone thinks it is.

I would say that if it was many other comapnies or people, but Patagonia. They’ve been clear for a long, long time (almost since day one) of their mission and statements, and their founder has been known to fund radical environmental groups, some of which are FAR more confrontational than your typical tax dodging billionaire/millionaire would ever be associated with.

He may be getting an advantage out of this, sure. But he absolutely is a true believer and Patagonia acts in that way as well. I’m pretty sure this is just him seeing the end of the line for him and wanting to set up the company to continue doing what he wants it to do beyond his death… and not having it sold to Amazon or something for a billion or three. 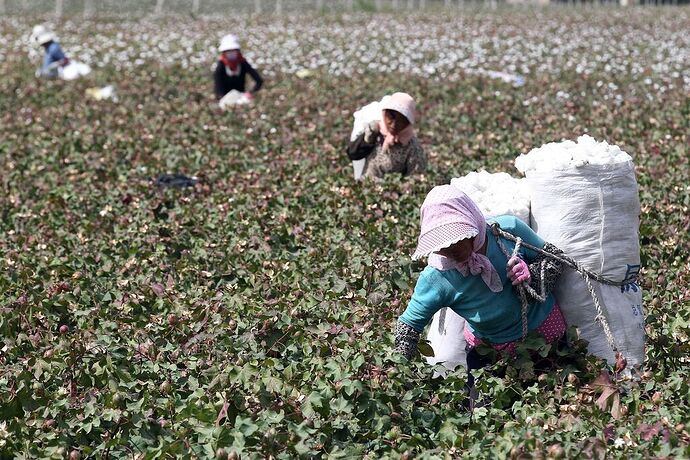 They’ve been clear for a long, long time (almost since day one) of their mission and statements

I actually don’t think that matters. They may have the best of intentions, but relying on the philanthropic intent of billionaires is a really tenuous and inefficient way to fix climate change.

I was going to mention this here, if you hadn’t. Their website refers to their fleece products as “sustainable”. I went in for polar fleece products in a big way in the eighties. It’s wonderfully comfortable and doesn’t irritate my skin like most forms of wool. Then I discovered that it’s a major contributor to microplastics throughout the environment, and in much of what we eat. Frack.