Paul Ryan imagines "Cindy," a hypothetical beneficiary of his tax plan, doesn't realize she and her child are starving to death

Not that I support this trainwreck or Ryan, but he did say she makes $30,000/year, which works out to $15.00/hr. Still well below the $23.62 needed to support her family. You’ve got to work with the assumptions given rather than throwing in the “but minimum wage is too low” which clouds the issue and detracts from a good argument.

I’m calling appeal to marginal savings the Avocado Toast fallacy after the one Australian property developer that chided people who buy avocado toast and not saved for a house (despite the fact the price of avocado toast doesn’t exceed/meet the required down payment for a house in the Sydney area even over multiple years of savings).

The Devil’s in the details. He can prop up a hypothetical Cindy, but a real Cindy would have a lot more problems than just being able to save $700 a year. Rent increases, illness, sudden death in the family, any of which would erase that savings in an instant.

And this is ignoring that fact that the $700 tax rebate is an illusion too-- the tax credit expires after a few years and her $700 savings dwindles to $200.

Not to mention Cindy’s employer might be a jerk and gives her only variable hours which means some months she’s making bank but when work is slow she’s literally filing for SNAP benefits to scrape by.

This just showed up on my tumblr dash:

rrojasandribbons
I tried to explain to a friend of mine who has never ever been poor in his life why it is that poverty is a cycle, and why it’s so difficult to escape poverty.
His response was, “just save money”. I kept trying to explain that when you are living paycheck to paycheck, there really is no saving money because most of your income is being spent on basic needs: food, shelter, clothing, transportation.
So, then he responded, “well, why can’t you just save $5 every week”. Well, a lot of poor people do try to save. I would manage to get a few hundred in my savings account, but then you get a flat tire, or you end up getting sick and missing a week of work, or you have an unexpected bill. And, that few hundred dollars suddenly disappears. I tried to explain to him that when you’re poor, unanticipated expenses can very quickly and easily blow through what little you have in your savings account and put you back at square one.
I also tried to explain that when you are that poor, you need to make purchases while you have the money. Like, if I needed a new pair of jeans and I had an extra $30 that week, I would buy myself a new pair of jeans that week because I didn’t know when I would have an extra $20 or $30 to spend. So, he countered that with, “You don’t need to buy clothes. You could have put that $30 in your savings.”
To which I responded, “Well, if it were socially acceptable to walk around without pants on, then maybe poor people could climb out of poverty, but until then, when your jeans have holes in them, or don’t fit you anymore, you need to get some new ones.”
Then it kind of clicked for him… a little.
So, I went on to talk about the sociological aspects of poverty, like how growing up poor, or growing up as part of a marginalized demographic pushes your starting block 100 feet behind your peers… how our educational systems are set up to fail impoverished children. The light bulb flickered, but never fully turned on.
And, then he said, “I still can’t believe you were ever on food stamps.”
Yes, my friend, poverty and I get a nice little reunion every few years. I know it intimately, which is why you should sit back, relax, and just listen.
I never understood how it was so difficult to see the realities of poverty. To me, it is sort of common sense. And, what is irksome is that poverty doesn’t always present itself as an old beat up car, and falling apart sneakers. People who grow up middle class and financially secure seem to think that poverty looks a lot like dirty children with dirty clothes, and no shoes. But, it doesn’t. It can be that, but it’s often not.
I grew up in a nice house in the suburbs, but we were poor. We were very poor for a long time, in part due to my medical issues. People assume that because we went to Catholic school, and had a nice house that we were well-off. We weren’t. My mother worked 2-3 jobs, and my parents took out loans to pay for our school tuition. My mother’s parents helped pay for some of our education, even though they were also incredibly poor. My parents sometimes struggled to put food on the table.
I never had clothes that were dirty or falling apart, but most of my clothes and shoes were hand-me-downs from my older cousins. In fact, a lot of my toys were, too.
Both of my parents grew up in poverty. My father, especially, grew up in complete and abject poverty. Their parents grew up in poverty, and so did their parents. My parents made immense sacrifices to set us up for financial success, but life always finds a way to intervene.
Personally, my health issues have been the driving factor behind my own financial issues. I have amassed thousands of dollars in medical debt. I work a job that doesn’t use my degree at all because I can work part time and still get benefits, and because I know I won’t get fired if I need to take extended absences due to my health.
So, when you say, “I still can’t believe you were ever on food stamps,” you are really saying, “I have this picture in my head of what poverty looks like, and you don’t fit that image.”
That idea we have about what poverty is supposed to look like is a big reason why people in the middle class are so content with cutting safety net programs, even though they are one medical problem, one car accident, or one lay-off away from complete financial ruin. What does poverty look like, then. How do you “just save money”, then.

jumpingjacktrash
poverty in the developed world doesn’t look like a refugee child with flies on their face.
it looks like a normal person in normal clothes, in a normal apartment, with their bills spread out on the kitchen table, crying.

Why, it’s almost like he can’t find any non-hypothetical working class families who stand to benefit from this tax bill.

And if Cindy has any student loans she’s paying off, she’ll no longer be able to deduct the interest, so the extra 700 may only be putting back some of what she’s losing. And anyone who has made $30k or less knows that tax refunds don’t go into whatever this thing called “savings” is. It goes to pay for the car repair or to pay back the payday loan you took out during that medical or dental emergency you had months ago.

Paul Ryan is literally resorting to invoking the support of his imaginary friends.

This could be more than just proposed unless Progressives find a way to take the House. In Trump’s doomed administration, here’s the full line of succession:

It was actually pointed out to me by someone…the Dems could have a plan in mind wherein they wait until after the 2018 mid terms to take action against 45. If the mid terms swing the House and Senate and Pelosi became the Speaker…and if 45 is found to have colluded, Pence will most likely be out along with 45…meaning it would be POTUS Pelosi.

Wow! An extra $58 dollars a month will go a long way for Single Mother Cindy. She may even be able to buy one bootstrap. Maybe. Eventually. 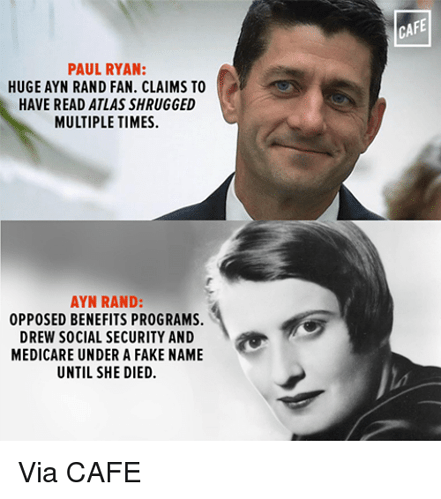 Unless she’s getting her bootstraps from one of those extortionate rent-to-own bootstrap stores.

I don’t have kids and live by myself and an extra $58 per month is laughable. That doesn’t even cover my electric bill, or a single trip to the grocery store. If i had kids that $58 extra a month would likely mean even less.

If i had kids that $58 extra a month would likely mean even less.

Follow up: In fact, a single mom would likely get major help from being able to afford something as simple as day care. Depending on where they live day care can be ridiculously expensive, no tax plan would even begin to touch that cost and the societal problem we’re talking about is much larger than what idiotic tax cuts for the rich can solve.

There is a good chance that this “Cindy” voted for this - as millions did. Tax cuts for the rich, Obamacare will be eliminated, coal-powered economy, build a wall, science will be ignored, environment and immigrants will be attacked. I mean the GOP ran their entire 2016 election on that platform! There was no deception. How is it that the GOP doesn’t lose every election 99% to 1% as they would if everyone objectively voted for their own best interests?

I checked an inflation calculator, and the 7.5 cents from The Pajama Game works out to near $0.70 today. So being unionized (admittedly in fiction, in the 1950s) is worth twice what Paul Ryan is offering

ETA: I just realized that this reference is perhaps somewhat obscure. I saw the Pajama Game musical in highschool, and it’s been occupying prime mental real-estate ever since. Here’s the song, complete with Paul Ryan-level claims about what one might do with a small raise.

Remember, this $58 a month is supposed to be saved, and Ryan is actually selling himself short: if Cindy lets the bank “hold” her money, she’ll actually have amassed around $7035!

After ten years of waiting Cindy can basically buy her family a fast-food meal just from the interest. Then she can send one child to community college for one semester!