Paying for climate change: the question isn't "How?" but "Who?"

“Will the people who profited from pumping CO2 into the atmosphere pay, or will their victims be left on the hook for their greed and recklessness?”

As far as the U.S. goes, the fact that the party establishment that doesn’t allow its candidates to deny global warming still refuses to hold a debate* dedicated to this critical and multi-faceted issue and had to be dragged kicking and screaming to consider even the broadest idea of a Green New Deal tells me which of those two answers is the likely one. Plan accordingly if you’re able to.

[* the corporate media has stepped in to hold town halls instead, which isn’t great but better than nothing]

“Will the people who profited from pumping CO2 into the atmosphere pay, or will their victims be left on the hook for their greed and recklessness?”

Ooh! Ooh! Ooh! I know the answer to this one!

If you are talking about the cost of fixing climate change as if it is a huge challenge, then you shouldn’t be writing about the topic. Because it is obvious you have not taken the time to do even the simplest arithmetic.

The best available information about how much it will cost to build a new U.S. renewable energy system are a whole series of peer-reviewed articles from Stanford PhD’s Jacobson and Delucchi. They show the cost to electrify California would be $1.0 trillion dollars. California consumes 1/6th of all energy used in the U.S. Multiply by 6 to get the figure for all the U.S.

But, let’s assume other states would be more difficult. So. let’s be conservative, and not say $6.0 trillion, and let’s call it $10.0 trillion. Seems like a lot of money? Oh dear - how are we going to pay for that? Well…

The U.S. already pays $1.5 trillion every single year for fossil fuels! (And all we get is the lousy t-shirt that says “Thanks for all the global warming!”) So, that $10.0 trillion bill is a mere 6.6 years worth of what we all will not have to shell out anymore to those fine folks at Exxon-Mobil.

And that shiny new energy system we would be buying with that dough? Its major components will last 60 to 100 years. So, for the U.S., 6.6 years worth of fossil fuel spending will solve global warming and buy us a system that will last for many decades.

It would not be a huge financial challenge at all. It would be the best return on investment in the history of mankind with a payback period of 1/10 or less of the longevity of the system. That is a gravy train, not a cruel burden.

If you are talking about the cost of fixing climate change as if it is a huge challenge, then you shouldn’t be writing about the topic.

He’s talking about it in terms of the huge political challenge, which it unfortunately still is. The Know-Nothing 27% and the temporarily embarrassed millionaires are notorious for not being able to do simple arithmetic, and they’re the voters that one party fears offending or scaring while the other party (and the fossil fuel industry) panders to their proud ignorance and delusions.

Your other points are good ones, and I appreciate your alerting me to the Jacobson/Delucchi study. I would only demur here:

6.6 years worth of fossil fuel spending will solve global warming and buy us a system that will last for many decades.

Mitigate, not solve global warming. It’s already too late to solve the problem.

What bugs me more is that corporations play multiple sides to maximize profit. They create a problem, and invest heavily in solutions (partly to delay their entry into the market, and partly to profit either way). If there’s a resulting health issue, I wouldn’t be surprised if they’ve invested in treatments, too. As a result, the public pays multiple times for something that was entirely preventable. The folks who come up with these schemes get bonuses for their creativity, and earn enough to avoid the consequences far longer than the average worker.

we can just pay with bitcoin.

This is a specious argument. Personal automobiles were a conscious decision imposed on the public through changes in infrastructure. The switch from cheap and efficient trains to costly and polluting cars was created by deliberately destroying streetcar systems in the fifties. This is just one example.
When scientists learned about this 50 years ago, the facts were massaged, hidden, glossed over, ignored, and just downright lied about by those responsible.

It’s like saying any German who paid taxes was personally responsible for the Nazi crimes.

Yeah but that’s just the grid.

How much will it cost to construct/retrofit the US building stock to net zero?

How much will it cost for all the resiliency infrastructure needed to maintain the roughly 2/3rd of that stock (by value) which stands directly in the path of rising oceans?

I can think of many more things but my real point is, the costs for fighting climate change aren’t even calculable in terms of capitalist economics. The global costs, even being generous, far exceed global GDP.

So to me question is not how we will pay for climate change. I think it is an impossible proposition- there simply is no magical tax that will raise the hundreds of trillions of dollars over the next decade or so to raise the capital needed to bring the world to net zero by 2050.

So I ask instead, do we have the resources? The materials, the labor power, the tools and the science?

The answer to all of these is yes. So then, if indeed we have the necessary components, the question to me becomes, how do we organize to survive climate change?

Yes, we all carry some responsibility. Those of us who indulged in the privileges and luxuries afforded by cheap, high-density fossil fuels during the post-war economic anomaly will mainly pay by losing access to what they’re used to (the over-60 crowd excepted – they’ll die before the worst of it and escape scott free as usual).

The companies that built the infrastructure for that lifestyle, especially the ones who covered up and lied about the negative externalities while raking in huge profits, should pay in cold hard cash to a degree comensurate with their culpability in creating the mess.

Placing all the burden of cleaning up the mess on human individuals while giving corporate “persons” and their executives a free pass is a BS Libertarian cop-out that barely flew in 2007-2008 and won’t fly with a crisis like this. 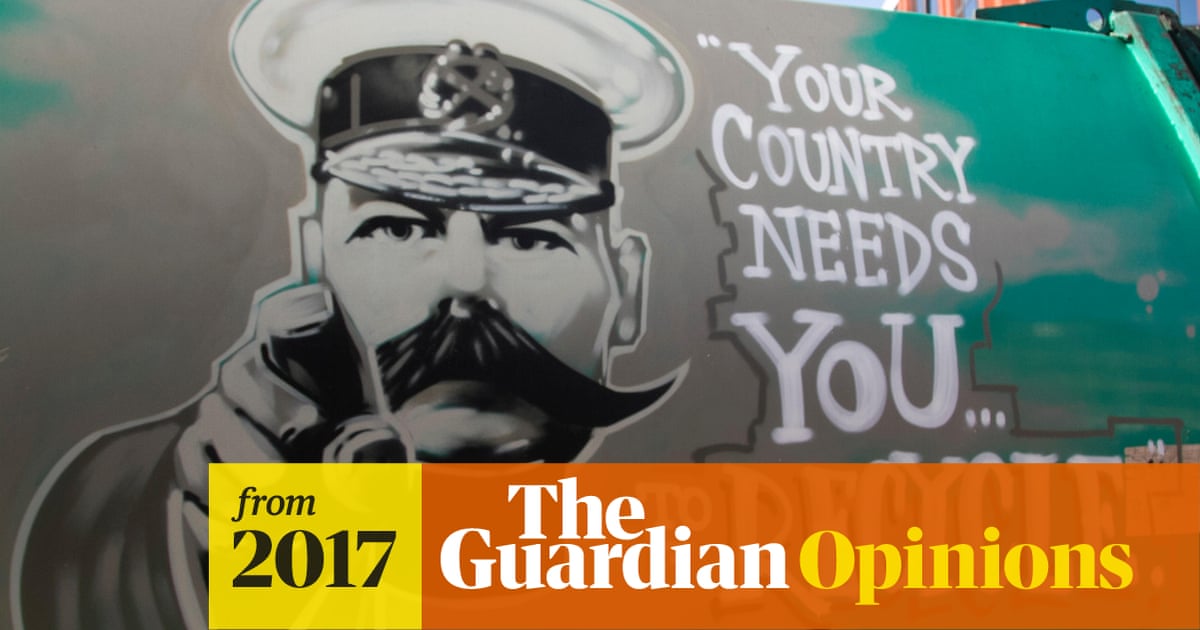 Neoliberalism has conned us into fighting climate change as individuals |...

If you are talking about the cost of fixing climate change as if it is a huge challenge, then you shouldn’t be writing about the topic.

This leaves me with two questions:

1 - why are you here if you don’t believe we’re posting articles of relevance, and
2 - are you seriously trying to suggest that one of the common questions from the public at large isn’t some version of “Hey, all this green new deal energy stuff - how are we going to pay for it?”

The companies that built the infrastructure for that lifestyle, especially the ones who covered up and lied about the negative externalities while raking in huge profits, should pay in cold hard cash to a degree comensurate with their culpability in creating the mess.

Worst of all those companies could have built instead other profitable things instead the messy structure we have nowadays. I suppose that nuclear and hydro power plants could generate huge profits. Building trams, trolleybuses and trains, not to mention railways could be highly profitable.

Building giant suburbs and big mall instead of more sensible towns destroyed soil and made private transportation mandatory, when building supermarket and shops at the ground floors of buildings was normally made, at least in Italy until the eighties.

Of course the answer is hard taxation and destrroying the law that permitted international financial theft and robbery.

When I was a kid in the 70s, I could see the writing on the wall. It was pretty goddam obvious, really. I decided to never drive a car. I didn’t even bother to learn how, lest I be tempted by the convenience. Now I am an old man and I can look back and see that I succeeded in my quest. I have never in my life been the sole occupant of an automobile in motion. So, am I off the hook for automobile-enhanced global warming?

Nope. I will pay for it twice. Once, in the inconvenience and sheer Quixotic madness of trying to not drive a car in America: the times when I really should have been able to at least share in a long drive, but couldn’t. Those were few, but they still make me feel ashamed. And then I will pay again as forest fire smoke chokes my hometown.

If someone went further than I and managed somehow to not tick any of your boxes, they will pay the hardest of all. The option to not participate does not exist.

The other important question is when we pay?

The price goes up everyday we put it off.

It all comes down to Eisenhower’s desire to build the interstate highway which was really meant for the US Army to move between bases quickly as needed rather than relying on trains and planes which were problematic in their day for such things. Take away the interstate highway then car usage would be more costly. I think devolving back to mass transit will be a much easier thing once we realize how poorly managed our land usage is.

So, I agree that investing in non-fossil energy would be the best investment we could possibly make, not just in terms of avoiding disaster, but in terms of America’s future economic prosperity, however:

I used to do solar power and energy storage research, and I know a lot of people still in the field, and the general consensus is that Jacobson and Delucchi are unreasonably optimistic. Specifically, they are too optimistic about the ease of creating energy storage systems at scale.

When you see that an article is peer reviewed, that doesn’t mean it isn’t wrong, it just means that the reviewers don’t think it’s manifestly ridiculous. In the case of Jacobson and Delucchi, neither of them actually has any experience designing or researching power generation or storage systems. Jacobson is a civil engineer, and Delucchi is an ecologist. Neither of them, or their reviewers, has direct experience working on the materials science of solar water splitting or batteries, or the engineering of other energy storage systems.

Once again, this is not to say we don’t need to do this, or even that it wouldn’t increase our prosperity in the long run (which is a separate question from whether we need to do it, because we need to do it regardless), just to say that we need to be aware of the difficulties going in to it, and not deceive ourselves about it.