I keep forgetting, are the Russian good guys or bad guys this week? Ditto with China and Upper Korea.

This treaty was an amazing deal for the US and NATO.

Putin has been wanting out of this treaty since he came to power, and ⊥rump has now delivered.

I wonder if he swallowed

Eh. The INF only covered ground-launched cruise missiles. When the INF was signed, the Tomahawk ground launchers were scrapped as the missile could exceed 500 km even back then.

All they’d have to do is build a new ground-based launcher to achieve this. The missiles themselves wouldn’t require much in the way of changes and as long as there were no ground-launch systems, it wasn’t in violation.

Da, but I think the salient point here it that the US isn’t even pretending to be the Good Guy™ any more.

For cruise missiles. ICBMs do the heavy lifting.

In my book progress is measured by making things safer. Violation and dismissal of a treaty that bans medium range nuked is bad.

I am proud of Russians and US citizens when we work together to rid the world of life snuffing nukes, not when we dismantle past progress then drive the point home with tests.

I’m sure the US proposed, bid, designed, planned, and built a missile that violated the INF treaty all in the span of a few months because that’s how efficient the Government is.

this decade is ending rather terrifying

what really worries me in this day an age is that some general is going to want weapons connected through the internet for monitoring, you just know it’s happening somewhere beause drone feeds were un-encrypted for years through the iraq war, may still not be

Trying to decide whether you misspelled Ted “Cruz” or “missile.” Could go either way, or both.

And sweet, I can also revisit the anxiety dreams I had growing up among the missile fields of the High Plains. Good times.

On the other hand, dusting off a copy of Twilight 2000 and running a game might be appropriate.

So this one is “duck and cover”, right? I need to brush up.

Long-range cruise missiles like these pose a different kind of threat than ICBMs because they can fly below effective radar altitude and thus take out enemy targets before the other side even knows there’s a war on.

I think the salient point here it that the US isn’t even pretending to be the Good Guy™ any more.

Did it ever? I was under the impression we mostly did that in arrears, after the dust had settled and the recriminations started. Beforehand it was mostly used for coalition (“scapegoat”) building and for domestic consumption. 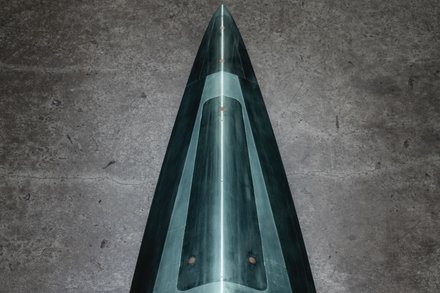 The new weapons — which could travel at more than 15 times the speed of sound with terrifying accuracy — threaten to change the nature of warfare.

wikipedia informs us that