Until the Autonomous Law Enforcement and Illegal Immigrant Detention Apparatus Protection Act gets passed and the things will be licensed to kill you for fucking with them.

We prefer the term “Neutralize” at Sirius Cybernetics Corporation… Share and enjoy. And go stick your head in a pig.

We all like to punch the toaster once in a while.

To forestall the care trolls:

We all like to punch the toaster once in a while.

I see a “stress-release officer” job for a Cylon…

There was a nice golden era sci-fi story abut a bunch of mean little boys and their indestructible rubbery pit bulls, who would fight for their amusement. They’d get bored and do things like stab them in the eye, but it made no impression on the dogs at all except that they’d wag their tails. I forget the plot, but I’m guessing hostile aliens landed and got chewed up.

kicking the robot, wow… engineers are so fucking charming

kicking the robot, wow… engineers are so fucking charming

Suggest another method with comparable ease and efficiency for application of force impulse to demonstrate/test the robot’s balance recovering ability.

Not as easy, but still pretty efficient. I’d say an acceptable substitute, as long as you only use the one log: 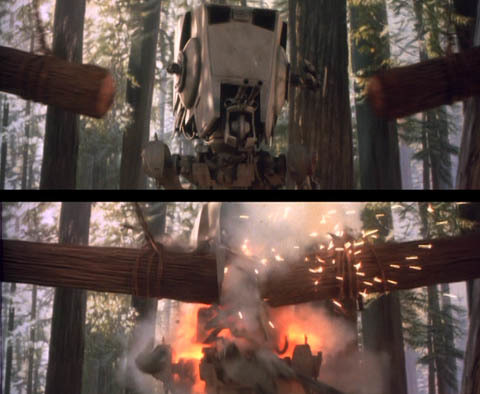 with their robotic dog interacting with some suitably scaled real dogs?

in a few years they’ll be working for the police 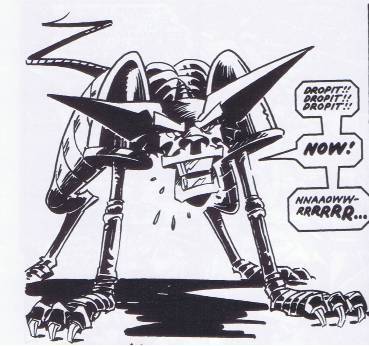 That just made me remember the rat-things from Snow Crash. Now I gotta take phone calls with my voice cracking.

I used to think Luke and all the humans in Star Wars were acting like jerks for the way they treated the droids.

Important: are there any dogs in Star Wars? And don’t Chewbacca me. Did mankind spread into the stars but not dogkind? A bit sad.

I suppose we’ll always have Laika, even if she died poorly. Overheating and stressing out. Bad way to go.

Super sad. What does it say about us that the first Earthlings in space were ‘volunteered’ into suicide missions they couldn’t even understand?

But that’s here and now. I’m still curious about a long time ago in a galaxy far away.

I dunno. probably the earliest species into space that appeared in the original trilogy were the Rhodians (Greedo’s Species). Described as valiant explorers in the Wookieepedia. I can’t imagine they’d flight test with sentient creatures that aren’t just themselves.

That’s what I meant. I’ll correct it.

I can’t imagine they’d flight test with sentient creatures that aren’t just themselves.

Imagine that! I guess we are more the Spathi type, to mix galactic metaphors.