Heh. A couple of years ago there was also a campaign to have Canadian politician Stockwell Day’s first name changed to “Doris”. And when Nunavut was established, there was a suggestion to rename the remaining part of the Northwest Territories to “Bob”.

If you go about 10K due south of the airport, there is the massive municipal landfill. I think it might be the worthier memorial. Lotsa squawking seagulls, and pipes sticking up from the ground venting noxious fumes. Planes from the East make a Sharp Right turn over it to line up to land. That would be about right, the Stephen Harper Memorial Dump

Sadly, Bush, Cheney and Rumsfeld created the sewage and left other people to clean it up. So that would be highly inappropriate. It would need to be the John Kerry sewage treatment plant, since at least he’s really trying to do a good job in the Middle East.

I like this. Everything around here is named Ronald Reagan - I can’t even tell which one is the real one.

If you’re going to go that far, go the full Prince and rename Stephen Harper to some emoji. Might I suggest emoji U+1F4A9?

Ronald Reagan - I can’t even tell which one is the real one.

Show it a map of Iran and Iraq and if it can’t tell the difference it’s indistinguishable from the real one.
Yes, I know that’s a cheap jibe, but an expensive one would involve too much research and too long a post, beginning with that well known Republican rock group, Ollie North and the Contras.

You might indeed. Thank you for bringing my attention to that.

The real one is the one with the rotting corpse.

This would be really bad for me if I ever decided to fly to Calgary.

Having flown through it many times (and as recently as last week), Calgary Airport is brutal. If you have the option and are forced to transit through Alberta, go with Edmonton instead.

The context here, for anyone unaware, is that some folks started a petition to rename Calgary International after Harper, on the rationale that some other major Canadian airports have been named for former PMs - even though none have ever been named for a living former PM.

the issue with alive could be fixed : ) 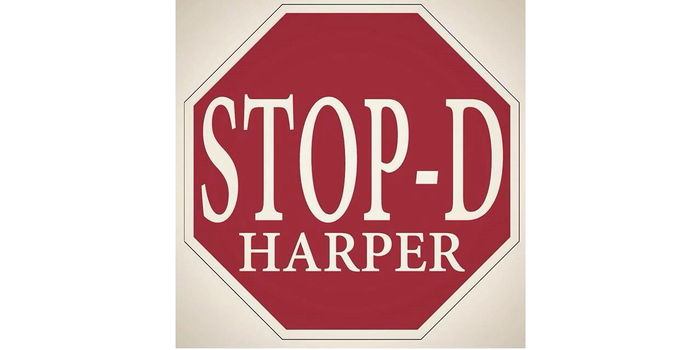 There is currently a petition to rename the airport after Stephen Harper. Let's push back! (37476 signatures on petition)