The Fountain Pen Network is a fun group for finding fountain pens and those fascinated by them.

What to do when a pen fails? Repairs can be costly and fixing a pen can present a chance to learn more about pens. Isn’t learning more what it’s all about? Isn’t there some fun in trying and failing?

OTOH, some of us struggle to fix anything. Is it worth the trouble to try? Is it worth trying to fix a pen even when you know you’re likely to ruin it? And that someone else could do a better job?

The ifixit.com hits for a “fountain pen repair” search are disappointing.

I’m afraid to suffer the overwhelming frustration separating my natural technical curiosity from my limited time and skills.

This looks cool! Thanks for posting… Also:

That’s not a phobia, that’s just a lack of confidence. A phobia is when you worry at night the fountain pens are talking about you in the drawer.

For a second there i thought the use of “Phobic” had more to do with the ink liquid’s interaction with the pen. But then it’d be Hydrophillic, not hydrophobic, otherwise the pen wouldn’t work

Don’t make your first self repair your favorite fountain pen ever.

Not this one, right?

Shit… are they talking about me too? Are they talking with the antique stapler? I’d believe it about the metal ruler, but not the stapler! Not the fountain pens! Noooooooo

I have a few fountain pens, but I like this one best:

@hello_friends, I’d see if I could find new innards online and move the nib and case to them. Pretty pen.

That’s beautiful!! What is it?

Re my overused pens, the nibs are more or less the problems. I grew up writing with durable ballpoints.

In my first profesional job, my boss improbably hooked me on fountain pens.Iwrote with mine constantly, too roughly.

I was going to say I hadn’t had to fix one but then I remembered that wasn’t true.

I did have to glue the butt end back on a cheap parker-style pen. I used a hot glue gun. It looks pretty terrible but then the pen was pretty cheap and it writes as well as it ever did.

I can understand not wanting to risk repairs on an old or expensive pen but if you’re the only viable option to repair the pen, why not go for it? It’s already a broken pen. Give it a try.

Worst come to worse, you’re in roughly the same position you started in. Best come to best, you’ve got a working pen you didn’t have before.

(Now may be a good time to mention that BBS is actually responsible for me getting into fountain pens. My current favorite is a cranky Ohto Dude.)

Since you ask, I served my LDS mission in Wisconsin, and Parker is based in Janesville. A member in the local LDS ward worked for the company.

Somehow, a Parker gold pencil was left in our Beloit missionary apartment, and I had claimed it and told him about it when I learned he worked there.

He offered me his employee discount to get a nice pen, so I bought that one in green. True story.

What a great looking pen. 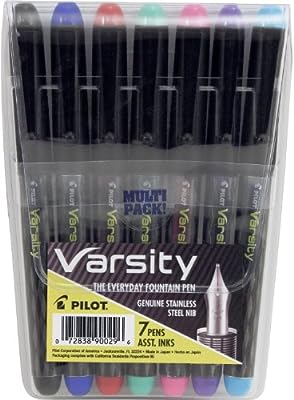 What a terrific story. Your mission practically brought you to pens. That one must be very special to you.

That’s how I learned. I think that’s why I’m so hard on nibs. I don’t know how Neal Stephenson wrote the Baroque Cycle that way.

I can understand not wanting to risk repairs on an old or expensive pen but if you’re the only viable option to repair the pen, why not go for it? It’s already a broken pen. Give it a try.

Worst come to worse, you’re in roughly the same position you started in. Best come to best, you’ve got a working pen you didn’t have before.

I like how you think. I want to do it too. I will. But my idiosyncratic approach requires that I first assemble a reference library and consult experts. THEN I break the nib.