Photos secretly taken of family through window are art, not invasion of privacy: court

Would you still side with the judge if someone was taking pictures of your half-naked daughter and showing them around? As happened in this case.

@CarlMud: What floor you’re on influences the “reasonable expectation of privacy” you might have. So yes, I would hope the perception to be different depending on what floor they live. In most cultures, having that kind of windows on the ground floor means “feel free to look in”, while having it on a higher floor means just “we want to be able to look out”.

And here’s the precedent:

Sounds like that mostly settles it for America, unless you change the law (I still don’t get all that precedent stuff… over here in Europe, we tend to have laws for that kind of stuff, it feels much more “democratic”).

In Austrian law, for example, being the main subject of a photo gives you some rights in a photo. These rights include prohibiting public exhibition of the photo, unless you are to be considered a “person of public interest”.

If I can see it from a public space, or my own private space, who’s to tell me I can’t take a photo of it?

The law tells you. In America, apparently, the law tells you it’s OK to take a photo if someone lives their “private” life where you happen to be able to see it.

but in terms of basic legality, I think it is far more problematic to start telling people what plainly visible things aren’t allowed to be recorded.

Copyright law already tells you that plainly visible things aren’t allowed to be recorded. In terms of “basic legality”, we lose nothing if we make a law that protects people instead of copyright holders for a change.

I’m working on reading the interview with Svenson now, and have viewed more of the pictures.

The shot of the kneeling woman that accompanies this article, and leads of the interview, is somewhat salacious – it’s not revealing, but it is directing our gaze onto her posterior, making us complicit in… something.

I’m not quite sure what. Focusing on that image is an editorial decision (unless Svenson has picked it out as an examplar). While toying with the idea of toying with the subject and objectifying her, the subject in these photos retain their anonymity. To me, at least, the anonymity is an integral part that teases or taunts us – we want to know more; which puts us back in complicity mode again. The photos are well “staged” as it were – or cropped, selected, etc. They’re very interesting in their composition. The gaze, our gaze, is also well-staged.

Without knowing that the subject were unwitting, they’re good photographs. With that knowledge, the series extends itself in some direction. It is definitely problematic – but everybody is anonymous. No person has had their privacy violated, because there is no person in these shots – only fragments of bodies, and compositions.

(NB: I previously inserted the staring-at-butts photo in this place by accident)

reminds me of nothing so much as (the loneliness of an urban) Edward Hopper:

And look, we’re back where we started: gazing at butts.

As far as I know, Hopper worked with models (for example, he and his wife posed for the figures in Nighthawks [somewhow]), not discreetly capturing un-knowing strangers. But if a painter were to slowly capture strangers – is that different from what Svenson did?

Copyright law already tells you that plainly visible things aren’t allowed to be recorded. In terms of “basic legality”, we lose nothing if we make a law that protects people instead of copyright holders for a change.

Not strictly true. If it’s in the public space, I can record copyrighted things as long as simple reproductions of it isn’t the sole intent. Take a picture of Times Square and you’ll be recording TONS of copyrighted works. Zoom in on a particular logo, with nothing else, and you might be in trouble (but even then, it can depend on context–for example, done in some way that is defensible as part of an artistic project). And it gets murky too, in regards to simply photographing, vs displaying, vs reproducing.

As the resolution of sensors, quality of optics, and availability of automated-scanning hardware (pan-tilt platforms) and software for acquisition and assembly of gigapixel-sized photos, being unwittingly captured in such photos will be more and more common. Availability of aerial platforms further increases the variability of angles and distances available for image acquisition.

Check out the gigapixel panorama photos available on the Net. In many you will find weird things, lurking in the sea of pixels.

And then there is the other problematics, the signals we and our gadgets emit that are not directly visible - the wifi/bluetooth/cellphone signals, the unintentional EMI radiation… A lot of art projects can be made from this.

You can neither stop who looks in your open windows, nor can your neighbors stop you from standing in yours.

I wouldn’t be happy about it, but I’d like to think I’d be consistent. Just as I side with the need for search warrants, but wouldn’t by happy if the murderer of my family member was freed due to the “technicality” of the cops lacking one. The laws that protect all of us sometimes protect assholes and asshole behavior too…

I wouldn’t want some creepy guy showing pictures of my kid in their bathing suit at the beach, either. But if it doesn’t break some more specific law (child pornography, stalking, etc.) and the picture was taken without trespassing on my property, through an open window, I’m not sure I’d want a law prohibiting my right to take pictures of things in clear public view as the remedy.

breaking news, with the right sensors so is any other material commonly used in construction

breaking news, with the right sensors so is any other material commonly used in construction

You know what could be fun? A couple of RTL-SDR dongles with shared clocks to get coherent signals, an antenna array, and using naturally occuring cellphone signals for passive radar imaging of the area. This stuff not only gets through walls, but also (unlike wifi) is within the range of the $20 receivers.

All of them - xrays, (to a degree) acoustic waves, muons, magnetic fields.

The resolution for many will be most likely crap, but certainly more than enough for an art project.

I think the general answer for some of those concerns will be that “reasonable expectation of privacy” does not apply if the person is able to be heard or seen via “normal” human senses from a public or private space, but does otherwise…

Of course, “normal human abilities” is a bit fuzzy, and the question of how much zoom can a camera have, or boost can a microphone have, before it falls out of that range will be tricky. But… I should NOT be allowed to use, say, a heat sensing device to spy on my neighbors through their walls, or listen to them via parabolic microphone aimed at their house, or snap pictures with a drone over their backyard. Those go beyond normal human abilities/senses, and therefore violate the “reasonable expectation of privacy” rule.

Snapping pictures from the street through an open window, not so much.

Transparent… I don’t think so. But thanks for trying.

Xrays are high energy short wavelength electromagnetic waves. They are not a sensor. However, if we imagine a very large magnetron on one side of a house and a house sized sheet of unexposed film on the other, you still would not get an image that looks like anything. That is far from transparency.

Nothing else on your list is a sensor either. They are energies which can penetrate a house. You still need a sensor to see something on the other side and all of them would not even resemble a house if such sensors where put in place.

Transparency is relative. You have to have a combination of energy source, material, and energy sensor to even start talking about it with anything resembling accuracy.

None of what I said in a direct reply to you is a sensor, that is true. However, the energies/wavelengths I hinted upon have their corresponding sensors paired to them. In the earlier answer I even supplied an example, an antenna array of coherent receivers, for the sensor - and cellphone towers (or, unspecified but also usable, radio broadcasting towers) as illuminators. For the muon radiation, the space itself is a good source, albeit the integration times are long.

snap pictures with a drone over their backyard.

Actually, that’s legal, at least if you move the drone high enough that it isn’t technically in their yard but can see in. There have been a bunch of cases.

Legally, I think it is “transparent to my eyeballs or my ears” or devices that do facsimiles of the same thing. You get into legal questions on the edges of range where you go beyond human ability (zoom, parabolic mics, etc.).

I’m a bit on the fence on that one, actually, since planes and helicopters have been a reality for years, and as such, is it really reasonable to expect your yard not to be potentially viewed from above? Drones are just a new, cheaper way for the “public” space above your house to be accessed, so… yeah, I can see the logic there.

You can be on the fence but the legal cases so far? The drone operators have won, as far as I know. Drones peeking over fences and directly in higher than ground floor windows. There was one in Seattle last year, as I remember. Yeah, I believe the plane precedent (and helicopter) has been cited as well. I do think they aren’t allowed to have the drones in your yard but how far up your yard legally extends is limited (but I don’t recall the height).

I should use “Transparency is operating in such a way that it is easy for others to see what actions are performed.” since it completely invalidates all methods you propose for making a house transparent.
But I could also use “the physical property of allowing light to pass through the material without being scattered” I like that too since all of your methods either pass through the house without effecting it as in the case of muons or are scattered to the point of no longer being transparent like your other examples.
I think the simple English definition is enough “allowing light to pass through so that objects behind can be distinctly seen.”
The problem here is that you have decided to argue something pointlessly instead of remaining reasonable. Going off the rails an imagining that when someone says glass is transparent is an opportunity to show you have read a few things and believe you can demonstrate they are wrong… well that’s just trollish behavior. It furthers nothing and means nothing. The issue at hand is one of window glass and how some people think that you and I don’t have the right to photograph what’s visible on the other side of them.

As a drone owner and operator, I pay attention to this stuff a bit. 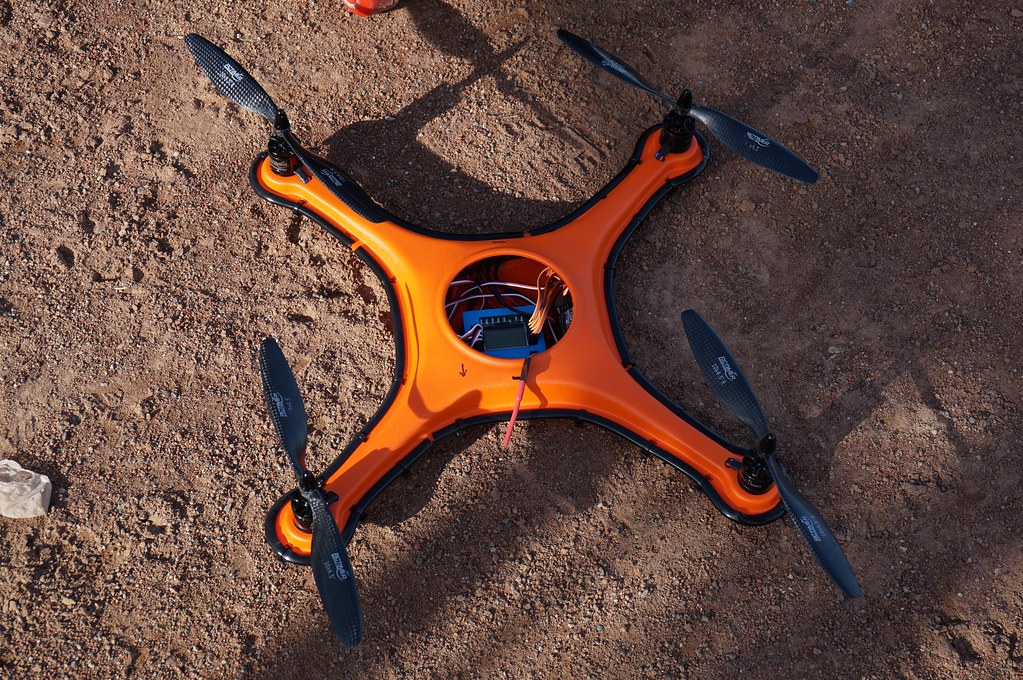 What floor you’re on influences the “reasonable expectation of privacy” you might have. So yes, I would hope the perception to be different depending on what floor they live. In most cultures, having that kind of windows on the ground floor means “feel free to look in”, while having it on a higher floor means just “we want to be able to look out”.

But what about in urban areas, with lots of condo buildings, where your neighbour’s window across the street looks directly into your higher floor window?