Physicist Michio Kaku: "Reaching out to aliens is a terrible idea"

Originally published at: Physicist Michio Kaku: "Reaching out to aliens is a terrible idea" | Boing Boing

Science is my co-pilot.

Soon we’ll have the Webb telescope up in orbit and we’ll have thousands of planets to look at, and that’s why I think the chances are quite high that we may make contact with an alien civilisation. There are some colleagues of mine that believe we should reach out to them. I think that’s a terrible idea. We all know what happened to Montezuma when he met Cortés in Mexico so many hundreds of years ago. Now, personally, I think that aliens out there would be friendly but we can’t gamble on it. So I think we will make contact but we should do it very carefully.

The Aztecs didn’t reach out to the Spaniards, it was the other way around, and that’s a pretty fundamental problem with both his metaphor and his conclusion.

we should do it

Has your research led you closer or further away from the idea of a designer God?

No way I’m going to pay that much for a stupid label when you can get perfectly good store-brand God for a fraction of the cost.

I presume he means

I suppose “that’s a terrible idea, we should do it” is less surprising when we remember he is a physicist

Given that “friendly” didn’t have nearly the impact that disease did, the social niceties shouldn’t be the biggest concern.

Now with the multiverse idea we can meld these two diametrically opposed paradigms together. According to string theory, big bangs are happening all the time. Even as we speak, Genesis is taking place somewhere in the cosmos. And what is the universe expanding into? Nirvana. Eleven-dimensional hyperspace is Nirvana.

The Aztecs didn’t reach out to the Spaniards, it was the other way around

It does seem more likely that an advanced alien civilization would find us because we’ve been dumping radio waves into space for over a century, not because we reached out to them specifically.

That said I can understand why it might be a bad idea to go out of our way to tell the aliens where to find us. The narrative of the Three Body Problem series is largely based on this “Dark Forest” theory of interstellar relations. 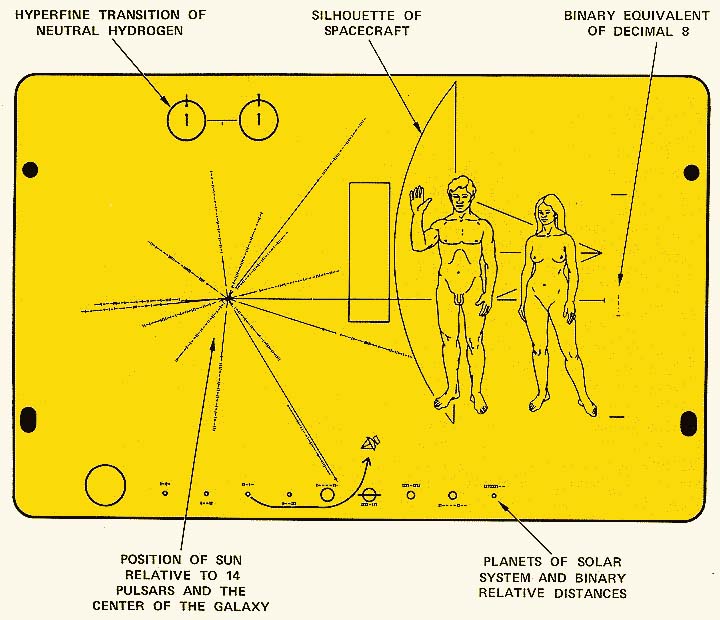 We sent nudes and a map.

But agreed - probably not the best of ideas…

James Webb will be an amazing instrument, but he’s way overstating the case of what it could do vis-a-vis aliens. It’ll give us a better look at the thousands of exoplanets we already know about, and help us find smaller and cooler ones, but that’s it. We ain’t gonna be photographing alien cities with it, and even if we could, those civilizations are probably long gone by the time the light gets to us.

The only thing of value in Kaku’s views in these areas is as a reminder that scientists are people too, and we can all contain both amazing science and crackpot ideas in the same head. There are respected physicists who are young earth creationists. That doesn’t make them right about that any more than Kaku seems to completely forget about the speed of light when he starts talking about aliens.

Hey, we were a young civilization and we made some mistakes, OK?

And we haven’t received a single alien dick pic in return. Guess they all swiped left.

I think the point about the James Webb telescope is that it may have sufficient sensitivity to detect the signature of a technological civilisation on one of the exoplanets already identified by Kepler. Once this happens, there are already groups who have discussed beaming high power METI transmissions directly at those systems.

This is vastly different than ETs detecting our presence from broadcasts of I Love Lucy. I agree with Kaku, shouting at the cosmos could be dangerous.

Lucky for us, the odds of anyone finding that tiny little satellite in the vastness of space and time are just about nil, no offense to the talented people who put a lot of effort into making it.

All things considered we’re probably a troublesome date at best.

Probably not our best move