After 25 years as the Post-Gazette’s editorial cartoonist, he’s now been fired because the editors felt he was “too angry” and “obsessed about the President”. Apparently the newspaper in question has been drifting rightwards ever since 2010, but now they’ve decided that mocking Trump is Not Acceptable.

Can’t be sure, of course, but I’ve seen people speculating that this pic in particular might have pissed the editors off enough to fire Rogers. In any case, sharing it around can’t hurt. 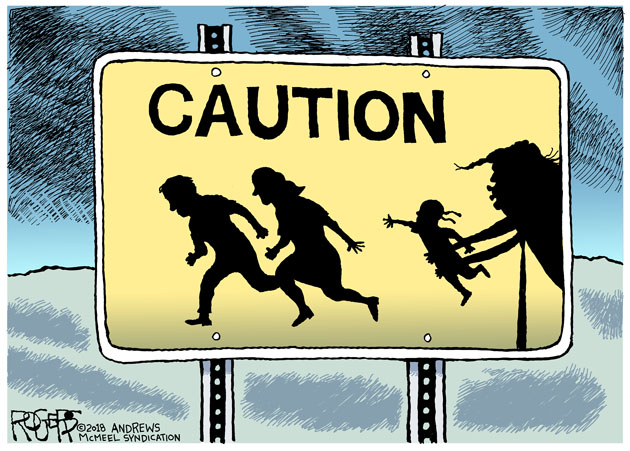 Hello, Ms Streisand? We’d like a quote about a certain Effect…