ha! next time I order delivery online, I am so doing something like this with the delivery instructions…

Then I hope you live in the basement of a hospital.

Also, Safety Dance? Is the Minotaur that old?

I would hope if I were to take the time and effort to learn how to play Safety Dance on a flute, and took the time to find out where this place is and fly there of course, I would at least get a free slice.

Also, Safety Dance? Is the Minotaur that old?

Hey, mythological monsters that prowl the hallways beneath a hospital don’t get a lot of chances to hear recent music.

And they should count their blessings, too. “Safety Dance” is hard enough, but have you ever tried playing “Sexy And I Know It” on a pan flute?

I think lots of hospitals have women’s buildings, or at the very least a floor for maternity/gynecology, which are pretty much distinctly about women’s health?

Can’t decide whether to flag this comment or not so you’ll have to help me out. Are you making a sexist gag about women being crazy, or are you unaware of any other context in which women have different medical needs than men?

or at the very least a floor for maternity/gynecology

Which would handily explain the bit about “the stork upon the ceiling”. 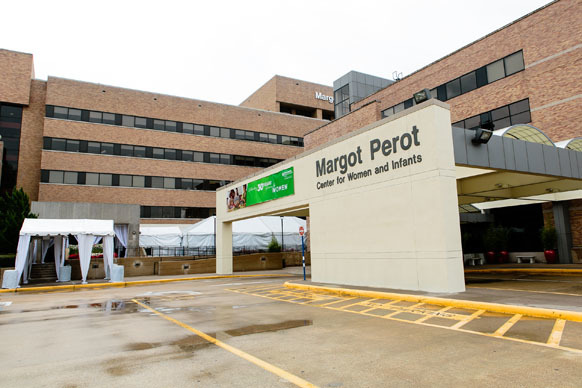 Neither. I was thinking of the pizza message as clues to a mystery, and where to look next.

I just haven’t seen a large general medical hospital that has a separate “Women’s Building.” Of course, there are maternity departments, etc. in hospitals, and places devoted to diseases specific to women, but I have never heard of a hospital that automatically separates people by gender prior to diagnosis. But hey, I guess that any town could have a hospital with a men’s building and a women’s building.

I have entered an unfamiliar zone where questioning hospitals with women’s areas can get one’s head bit off. Reality is stranger than fiction.

There are certainly plenty of women’s hospitals out there, but I think you’d find it pretty common for general hospitals with a wing devoted to obstetrics and gynecology to call it the Women’s Building or similar. Most people I know were born in an OB/GYN ward of some sort, so it’s not like it’s a particularly esoteric field.

I was born at Grossmont Hospital in La Mesa, CA, some 45 years ago. Their Women’s Center has been around for over two decades, I believe.

I have entered an unfamiliar zone where questioning hospitals with women’s areas can get one’s head bit off. Reality is stranger than fiction.

You don’t think that:

had something to do with the reaction?

Perhaps, reality has a problem with you?

I read “maybe a mental hospital” as a questioning along the lines of “what sort of hospital might have same-sex wards”, which by itself, to me at least, would be a bit of a stretch to call an offensive or sexist remark or whatever the problem was.