I just read it. Thank you for the reference.

Homeless had a rather harsh life during the pre-WWI-era.

You know who was homeless in Vienna in the pre-WWI-era? You guessed it…Frank Stallone. 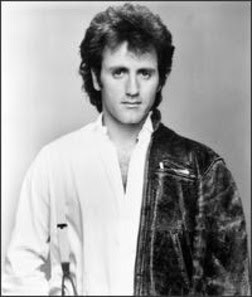 No. Wait. Not him. I’m thinking of someone else. 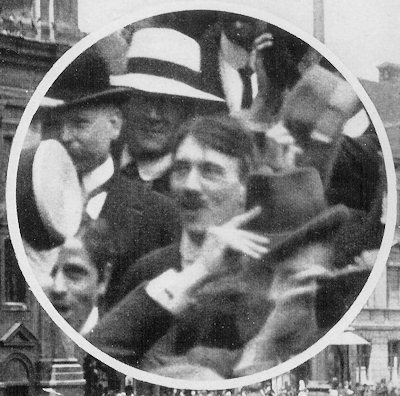 Lego has gone over the dark side now and is practically the youth wing of the NRA. Its guns-a-go-go in Legoland.

When my sister had her two lads she made the decision that they would not have any “war toy”. She gave up on this idea when she discovered that two young lads can turn anything, no matter how innocuous in to a pretend fire arm.

Now? When I was a kid my Lego spaceships bristled with laser blasters, and Lego was only too happy to oblige.

I’m English. I assumed this article was intended to be a light hearted treatment of a potentially problematic subject.

I think I would take this discussion seriously if your country wouldn’t still kill “native brown people” with reckless abandon with your president joking about it.

When I was a kid my Lego spaceships bristled with laser blasters, and Lego was only too happy to oblige.

This article is a complete overreaction on the author’s part. Playmobil is providing what I consider amazing props for a child to roleplay and interested parents to utilize for education. If she is not capable of engaging and communicating with her children enough to convey the concepts and lessons she feels they should grasp then that is her failing and not the toy’s failing. From her story I get the impression she would be more confortable raising her kids in Disneworld than in the real world. That way, when they grow up they will not be shocked. It is a very good idea to keep children completely oblivious of things that could considerably hurt them. That way, when they encounter them in life they can just click their ruby red slippers and make the bad things go away. I hope this parent’s kids find away to break out if this sugarcane guilded cage they are being raised in.

I actually don’t know. After all, Poe’s Law reigns supreme on the internet.

However, expecting a preschooler to understand all the horrible things American colonists did to the Native Americans is kind of a weird thing for a parent to do. Maybe I’m overthinking it, but the author struck me a person who believes children are just little adults, capable of complex moral judgment.

But aren’t you then just saying everyone should conform to YOUR political agenda?

I don’t have kids and never plan to, however, can’t you just not buy the sets you don’t like?

It’s interesting that you bring up LEGO too, because there have been many discussions – including here on BB – about how the LEGO we remember from childhood is now so different.

Before, LEGO “kits” were just lots of differently sized blocks and attachments which could be put together any way you wanted. Now, the kits are very specific, with instruction books to help you put together a particular object/scene.

In a similar way, Playmobil kits have become more about creating a specific (often stereotyped) scene instead of being more open-ended. I think that’s why there’s such a reaction to the more contentious ones.

That’s… not quite accurate. General Lego sets still exists but the majority of sets were always the ones which built specific models and came with an instruction booklet. I received my first Lego set in 1980 and never had a general Only ones that built specific models.
Now you’re correct in that the pieces have become more and more specialized.

the other is a basketball player who looks like he plays for the Harlem Globetrotters in 1976.

Everyone has made fun of every whackadoodle aspect of this article already but I just want to point out that when I was a kid in the 70s, the Harlem Globetrotters were beyond words cool for every boy in the playground. For Playmobil to honor them is a plus.

or the TSA checkpoint?

Back before the TSA existed, I had to visit Germany a few times on business and I assure you their airport security was most serious, like armed soldiers with automatic weapons all over the place serious. Playmobil being a German company, this set did not surprise me at all.

I’m a generation older than you are. The majority of sets were NOT always specific models.

What, adults are expected to be capable of complex moral judgment now? I’m so fucked…

Agreed. While I’m mostly in agreement with the problematic elements the author points out, some seem rather unsubstantiated.

And one of the ways children navigate and learn about moral situations is through imaginative play - play acting, art-making, and doll-play - and play can provide a safe space for experimenting with and learning about moral (and other) situations that would be problematic in real life. The author herself even mentions how her child used the context of a doll’s criminal act to explore more just and lenient sentencing options in the toy courtroom. That kind of complex grey-area exploration of moral situations would not have been possible if the playsets had been scrubbed of any kind of criminal behavior. I teach preschool, and while seeing the kids engage in gun-related imaginative play makes me uncomfortable, I don’t put a stop to it, because I recognize the importance of what the kids are working through in their play. Rather, we can use that play as a foundation for discussion of how in the real world, violence, and ideas of ‘good’ and ‘bad’ work very differently than they do in superhero cartoons or bad cop shows.

If Americans come across as sensitive, perhaps its because they live in a country that is actively engaging with its history of genocide and racism, rather than one whose official policy on that front has essentially been to stick its fingers in its ears and yell “LA LA LA I CAN’T HEAR YOU. STOP TALKING ABOUT THAT RIGHT NOW.”

It’s super-easy to take it too far, and end up with generic humanoid shapes doing nondescript actions in a world without sharp corners.

Couple that with an increasing surveillance and military oriented powers and it looks a lot like this. 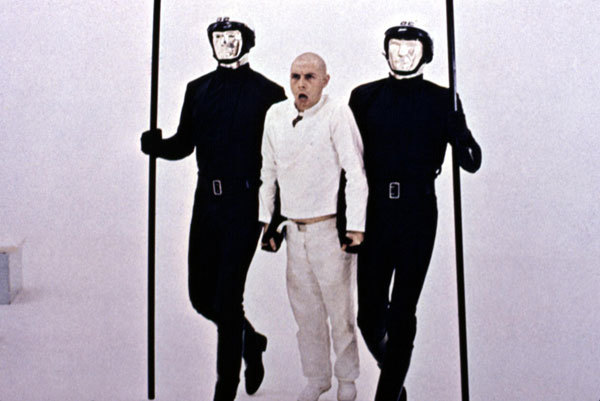 I’m not going to pass complete judgement, but based on her reaction to the possibility of having a stereotype for a maid/housekeeper I’d think having all those perfect Disney princesses playing the damsel in distress would send her overboard.