I’m an 80’s child as well and even back then it really was more like 50/50 at best, and even then most of that was because they hadn’t spun out sets like the City collection.

If Americans come across as sensitive, perhaps its because they live in a country that is actively engaging with its history of genocide and racism, rather than one whose official policy on that front has essentially been to stick its fingers in its ears and yell “LA LA LA I CAN’T HEAR YOU. STOP TALKING ABOUT THAT RIGHT NOW.”

Bwahahaha- Do you know anything whatsoever about the way Germany deals with its history? -hahahahahha…

As a Brazilian who happily grew up with these toys (they’re a big symbol of 80s nostalgia around here still today), I’ll have to agree with some if the above sentiments: these are happy and inclusive toys, cleverly made with a child’s play sensibilty in mind (hand-sized dolls, interchangeable accessories) and the fact they depict ‘bad’ characters like robbers, cowboys, pirates and gladiators mean that’s the kind of fantastical play scenarios children enjoy playing with.

Sure, they could cancel each and every potentially offensive set until only the most benign ‘bunny veterinarian’, ‘office worker’ and ‘nun’ dolls and sets remain (and yes, these all exist and can be lots of fun). But should they, really? Not to me.

This line of thinking that the mere existance of potentially unwholesome things for children is going to corrupt and destroy mankind’s morality has been proven wrong again and again. I for one applaud the fact playmobil is equally inclusive of all sorts of scenarios, from homeowner to radiation cleanup crew. And the best example of dolls designed for both boys and girls, without pink-and-blue segregation like lego has been up to.

Unlike lego, playmobil shows a play-world where male pastry chefs and female firefighters are a perfectly natural thing. Can any other toy line make that claim?

I was all aboard the PC Choo Choo until the hunter’s stand. Unfortunately, that is where the author showed their hand as a super-liberal. I think that ensuring people and cultures are represented in fair and non-stereotypical manners is important, but saying that hunting is inherently bad and should not be part of a toy set seems to ignore the fact that hunting culture is a large part of many people’s lives.
I am not a hunter (in fact I am a vegetarian), but I don’t think that exposing my child to hunter dolls will turn them into to a sociopath or even promote a culture of intolerance. One has to be careful of letting political values influence the discourse of what political correctness ( I would like to see us get away from the term in favor of “cultural relativism”) because there is already a suspicion that the PC phenomenon is just a liberal sneak attack. Bundling ones own cultural preferences into the discourse only foments that belief.

like armed soldiers with automatic weapons all over the place serious. Playmobil being a German company, this set did not surprise me at all.

There are and were no soldiers for security ever at german airports after WW2 - the german Grundgesetz (constitution) does not allow that. Probably a self fulfilling memory/experience/prophecy based on your stereotypes about Germany. And even it were true it’s certainly the other way round today compared to the US.

but over what exactly, we had no idea

Over land. Land that some thought was theirs and others with advanced weapons and pathogens that locals were unfamiliar with (smallpox, as one example) disagreed because they building any new land where they came from. Why did they want that land that others were busy living on? Because! Reasons! BANG BANG BANG HORSES BANG!

The conflicts between the peoples already living here, while as bloody and merciless as any other warring states. And they also fought amongst themselves for the same reasons those new folk also fought…

The strange northmen who brought people over from the west, they tried to get along for a while before those other ones showed up down south, but they didn’t the much of a lasting impression. Not for lack of trying though.

If you read the wikipedia article you provided you would’ve seen the following:

“shall not be applicable if the means of propaganda or the act serves to further civil enlightenment, to avert unconstitutional aims, to promote art or science, research or teaching, reporting about current historical events or similar purposes.”

If you had the slightest clue you would’ve known that those laws are not with the intent of Damnatio Memoriae. It’s a common misconception though (most often by ignorant Brits/USians) - displaying the swastika etc. is allowed (and used) for education, artistic and religious (Hindu or Buddhism) purposes. The NSDAP is a criminal/unconstitutional organization in Germany and so the use of it’s symbols are banned - same goes for the PKK or other, more recent, criminal/terroristic organizations.

Actually, I wish more countries would respond to their own horrible history with the same rigor as Germany has. It’s not perfect, but they do a good job in not allowing themselves the dishonesty of sweeping the truth under the rug. The ugly facts of WWII are kept front-and-center in Germans’ minds, with the express goal of making sure they never go down a similar path again.

I say this as someone who lost family members in those camps, so I’m no apologist for Nazis.

There are and were no soldiers for security ever at german airports after WW2 - the german Grundgesetz (constitution) does not allow that.

Technically yes, but to be fair the Border Guards - now Federal Police - have evolved quite a bit over the years.

Early in their history they had an undeniable paramilitary bent: 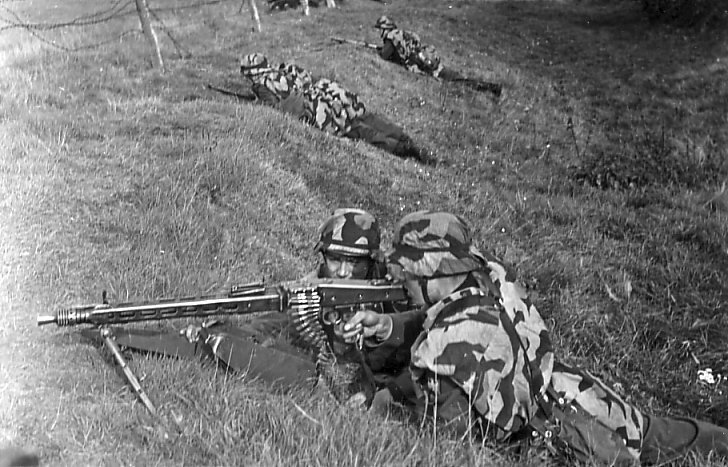 And even just a few years ago their exact status was not all that obvious: 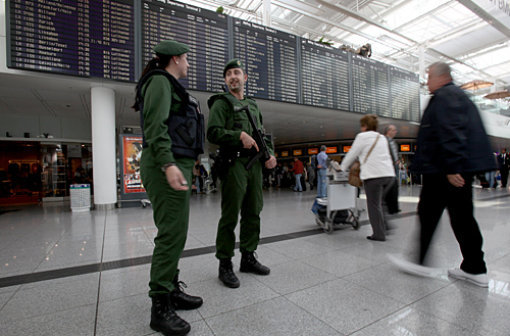 @ Jardine Oh yes, my bad… I forgot the infamous and obligatory Hitler citation.

based on your stereotypes about Germany

@KarlS already corrected your incorrect assertion but why presume anything in regards to my supposed stereotypes?

I started looking for images of dolls I mentioned before (radiation cleanup crew, nun, office worker, bunny vet, etc). By the time I realized just how many awesome male cooks and female firefighters there were to choose from to illustrate my point I kind of got carried away and added a few woman police officers and several badass lady pirates to the mix. Enjoy! 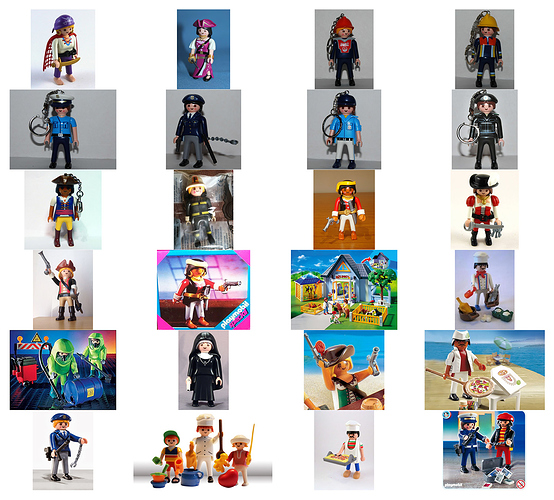 How can anyone look at those always-smilings noseless faces and adorable tiny weapons and not fall in love? I’ll never know.

(Sorry to break up the obligatory and always helpful genocide/hitler talk. Carry on.)

Technically yes, but to be fair the Border Guards - now Federal Police - have evolved quite a bit over the years.

My english skills are probably lacking but I don’t see any correction and/or incorrect assertion - actually the opposite. You’re still wrong about your assumption.

… and no state of defense or tension was declared since WW2.

Regarding the homeless person and the policeman, to an 80’s child in Germany they wear fairy tale historic garments and might be played as characters in Kasperle (puppet) theatre next to Grandma, the Witch, the Crocodile and gangster Hotzenplotz. The set is also reminiscent of the “Hauptmann von Köpenick”, quote Wikipedia: “a German impostor who, in 1906, masqueraded as a Prussian military officer, rounded up a number of soldiers under his command, and “confiscated” more than 4,000 marks from a municipal treasury”, an event turned into theatre plays and movies.

You don’t want to know what white playmobil basketball players look like.

There are many varieties of cleaning ladies in playmobil sets over the years.

The ‘hunter’ is actually a “Förster”, a forester or ranger. His job is to protect the little critters from poachers, rabid dogs and, eh, overpopulation.

I know parents who did not want to buy any weapon or violence related toys. Their kids would use their little wooden pigs and cows to enact horrific crimes of war.

Was thinking about that story too, but forgot who exactly wrote it. Thanks!

But what about more realistic, modern guns?

You can get guns for lego minifigs but only through a third party. Lego neither designs nor sells purpose built guns.

Are male chefs really that uncommon in the popular consciousness? Certainly nearly all of the modern “celebrity chefs” (Wolfgang Puck, Gordon Ramsay, Jamie Oliver, etc.) seem to be male.

I guess it depends what you call it.

For me this guy was always carrying some big laser bazooka. 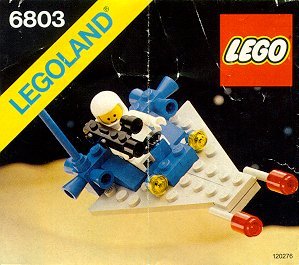 And this ship had a ton of blasters on it 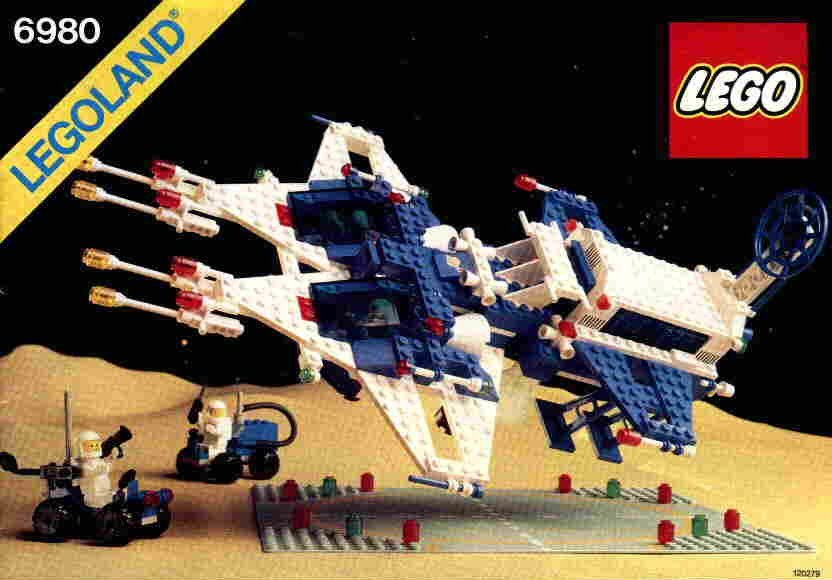 This one is literally called the “Gamma-V Laser Craft” 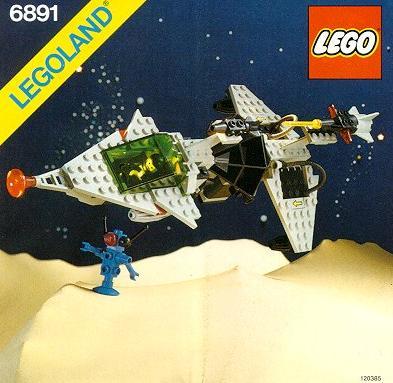 Check out my space pistol! Also, the little black things next to the yellow guy make good space pistols too. 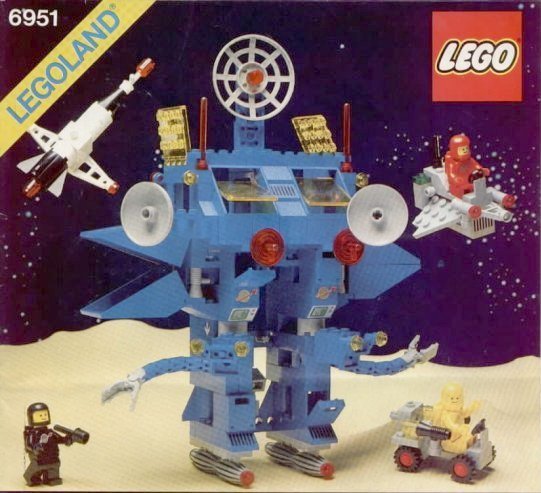 They pull the same trick for the city sets 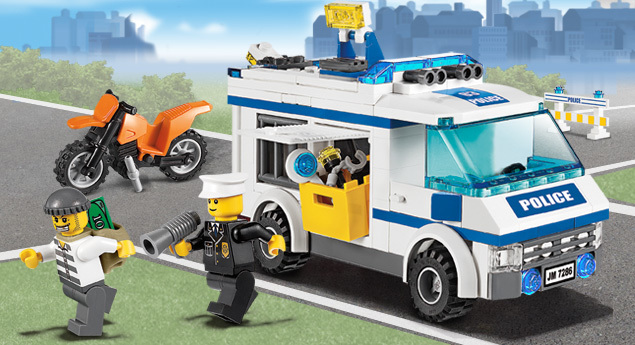 While it’s true you can’t get a Glock or AR-15 or whatever for your Legoman, it’s not true that they totally shun guns.

I think you’re a bit mistaken there; http://shop.lego.com/en-CA/Batwing-Battle-Over-Gotham-City-6863

And yes, 3rd parties to create a wide variety of guns, armours and accessories, LEGO has crafted their own in recent years.