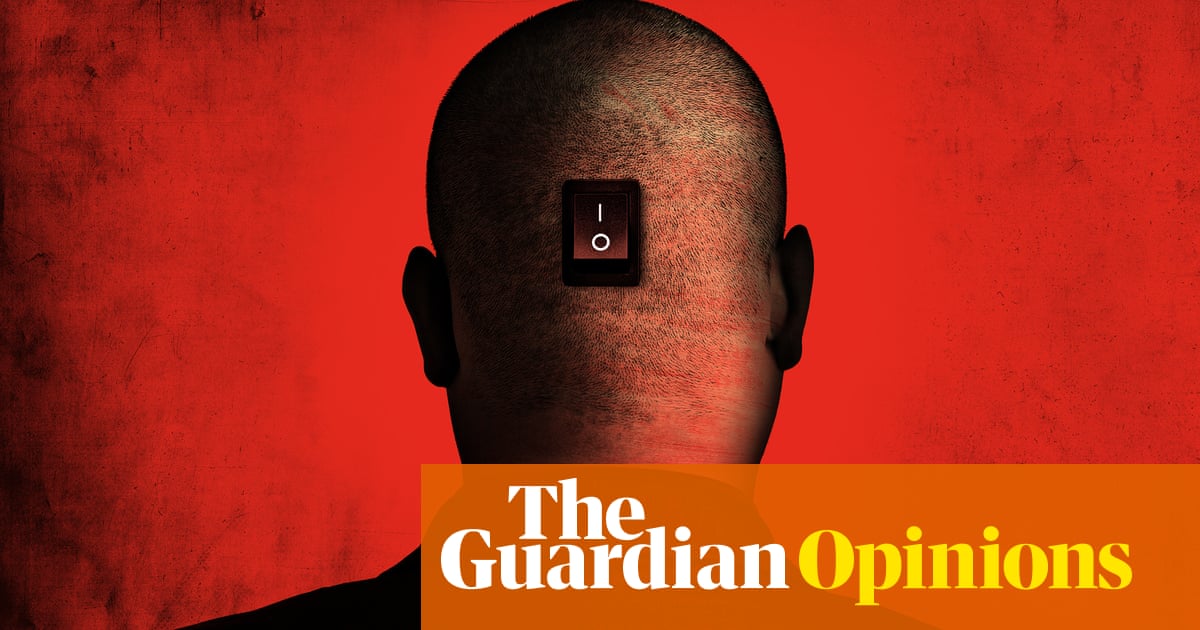 The left needs to help citizens see what unites them, instead of focusing on their differences writes Sheri Berman, professor of political science at Barnard College

We need to be talking about everything that unites the 99%. Bernie was right to downplay race; racial oppression has been happening under cover of class war, and actually starting to fight back in that war is how we get justice for everyone. Including the dupes who vote against their own interests and won’t listen to reason. The only way to get to them is reframe the situation.

why not both? gif

Part of the reason Bernie Sanders was tough for me to accept as a candidate was a fear that he’d alienate the center of the political spectrum and come up short against Captain Xenophobe.

Unfortunately going centrist did not appear to have worked after all. A stronger unifying message that has more to offer than “not Trump” would really hit the spot. Trying to play to the center at this stage might be tainted with the perception of trying to appease fascism; an endeavor which will appeal to no one.

The biggest challenge the left faces is distinguishing democratic socialism from autocratic communism because the alt right is definitely going to paint this as trying to turn the United States into Venezuela.

Bernie was right to downplay race

No, sorry, he wasn’t. And he himself seemed to realize that later on in his campaign.

Stressing the ongoing significance of racism may alienate racist white voters, but tough shit – those aren’t the kind of people who can be won over to the good side anyway by being nice to them or telling them that they’re being duped economically.

Better people can be brought over, and encouraged to get out and vote, by appealing to BOTH there class interests and their sense of decency and fair play when it comes to darker others.

Did you read the article? It’s not just a fluffy opinion piece; its position is based on research.

And what’s more, it turns out that calls for civility are to be heeded.

I really don’t see why you continue to down play and dismiss the experiences of people of color and women, time and again. Do you not think our experiences under capitalism, and how race and gender intersect with class specifically matter?

Well apparently they’re continually being downplayed because as the article (which yes kimmo I did read) says, it’s oh so important to mollify the fee fees of white republicans:

The short-term goal must be winning elections, and this means not helping Trump rile up his base by activating their sense of “threat” and inflaming the grievances and anger that lead them to rally around him. This will require avoiding the type of “identity politics” that stresses differences and creates a sense of “zero-sum” competition between groups and instead emphasizing common values and interests.

So, the reason those who mind the identity-based claims of the oppressed vote republican is because oppressed groups complain about being oppressed? And they wouldn’t do so if the oppressed would only just keep their mouths shut?

it’s oh so important to mollify the fee fees of white republicans:

Why should we mollify a bunch of rich white douchebags who think they’re working class heroes?

I mean, it kind of starts out from a faulty premise, that there has been a decrease in racism. True from the point of view of laws, but not from attitudes. I’d suggest that whites saw less structural racism, and many thought “OH! It’s fixed, thanks be to Johnson and King, we can now move on and ignore the problems, because if people of color suffer, it’s now their own damn fault!” That ignores what Coates has rightly identified as the continued negative impact of racist structures that have been with us since the late 17th century (post Bacon’s rebellion). Race and class are so deeply intertwined in America, that laws being stricken from the books wasn’t ever going to fix the problems of the two. There is a reason why black America has higher rates of poverty and all the ills that go with it…

That’s the thing that frustrates me, so much, though, that we don’t have to PICK one at the expense of the other. We can address the root causes of both. It’s not just capitalism, especially with gender, as misogyny is deeply rooted in many traditional pre-capitalist cultures as well. But we need to deal with these problems holistically, not individually. 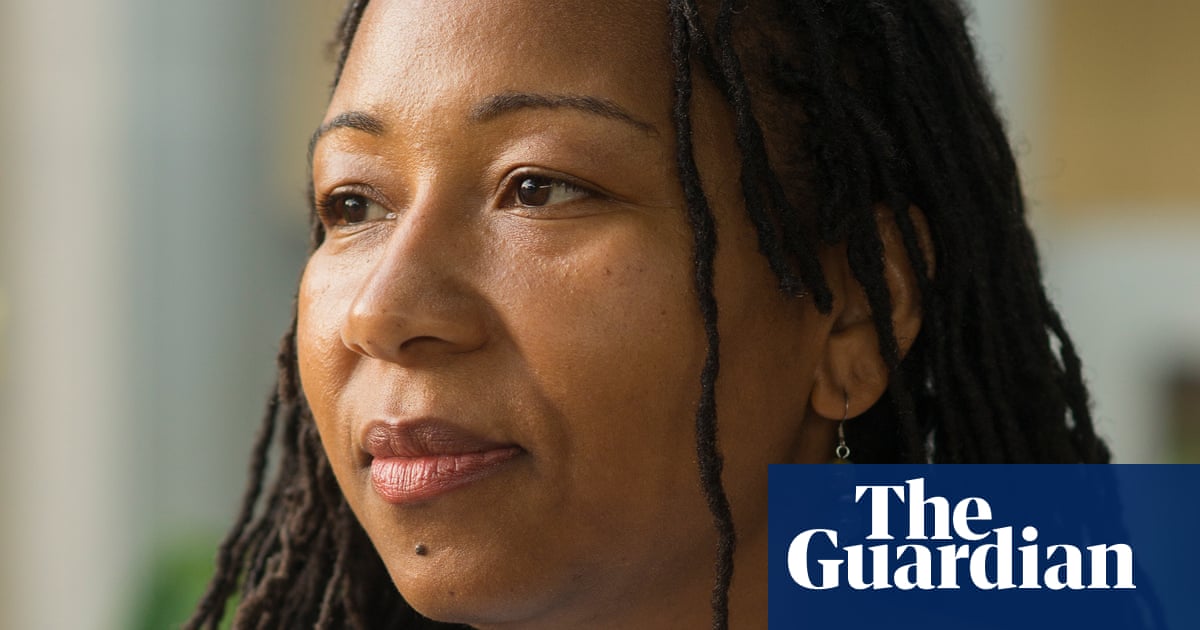 My very superficial hot take is that the republicans and the right are very good at crappy tribal politics – they close ranks and everyone is on the “same team” regardless of how insane they individually may be.

Once common criticism of Democrats is that there’s so much infighting that they can’t vote as a bloc to get anything done, and then cede the race to the Replicans who do vote in lockstep on everything.

I really don’t see why you continue to down play and dismiss the experiences of people of color and women, time and again.

Where the fuck are you getting this from? I do no such thing.

What I’m saying here is that racism and sexism are subsets of classism. I’m pretty sure that our automatic tendency to constantly classify folks is the root of the problem here… for instance, you seem to have me pegged as a ‘brocialist’ on the basis that I consider the main enemy to be the scumbags controlling as much as they can get their filthy hands on.

Don’t you think perhaps we might have a better chance of tackling all these isms if we’re not all swimming in an ocean of propaganda painstakingly designed to divide and conquer? Who is it that relentlessly drives sexism and racism, from the get-go? What did MLK have to say about all this?

Identify common cause with the broadest number we can, or we don’t stand a chance - it’s all stacked against us.

cede the race to the Replicans

This was actually a typo, I swear, but I’m leaving it

“Replicans” is fitting. Go with it.

All or at least most of the toxic, triggering language about “identity politics” comes from rightwing propagandists stirring up the base with strawmen, not directly from the left. There’s no way to stop that. The cynical among them just want to win and will say anything to stir their voters, but the worst of the bigots want nothing more than to force the conversation around race under the rug and force Democrats to stop talking about racial justice. They’ll laugh all the way to the white supremacy bank if the Democrats “strategically” softpedal race conversations.

Nothing this article addresses is new in the last few years or even decades. White people don’t want to hear about racism. It’s an old song. It isn’t why Hillary lost.

Well sure, but unfortunately, facts are facts - ignore them at your peril.

Given America’s woeful degree of voter participation and scandalous degree of disenfranchisement and gerrymandering, you’re going to need to consider the fee-fees of at least a few Trump voters before you can hope to restore democracy.

They’ll laugh all the way to the white supremacy bank if the Democrats “strategically” softpedal race conversations.

That’s funny, Bannon gloated the opposite…

The problem that has come up with considering everything to be part of the greater class war is that it inevitably leads to people dismissing the battles of marginalised groups as irrelevant. This leads to an official removal of support for those groups as they are not fighting for what is considered to be important.

It is far better to have people fighting on their own fronts that they know well, and having solidarity and assistance between those groups. For example see the relationship between the National Union of Mineworkers and Lesbians and Gays support the Miners. Dismissing the unique battles that each group faces as identity politics helps no one.

I read that as more schoolyard bullshit from someone losing relevance. a-la, “no! the jokes on YOU, I wanted to fall in that puddle.” and also to start this very conversation and kick off the left-wing second-guessing. I have a hard time taking anything that weasel says at face value.

I respect the sociological findings, but it has irked me since undergrad when journos and other pop-soc writers weave them in with quotes from public figures as if that’s evidemce on the same level as ethnography. Also, these kinds of sociological findings seem more helpful on a local community or person to person level, not a presidential race, where the dynamics and level of strategic message control are very different

it’s convenient that the “common cause with the broadest number” turns into the white working class who wouldn’t give two shits about class solidarity with their black and brown brothers and sisters.

given the way society has privileged white suffering, and especially white male suffering over time makes it easy to see where she’s getting it from. it’s your whole shtick about making common cause with the white working class and marginalizing the lived experiences of others.

“Identity politics” is what conservatives call various people demanding not to be treated like shit. It is not poison for the cause, it IS the cause. The cause being a nation which does not declare war on its people based on what class or group they belong to.