Geez, when I was 13, I was playing D&D and discovering Devo. I’m not even sure how I would have organized a group for anything other than a dungeon crawl or or an expedition out into the country.

On the internet, no one knows you’re a dog thirteen year old boy directing a violent Neo-Nazi terrorist network.

And you, of tender years,
Can’t know the fears that your elders grew by,

Because they (the parents) didn’t / couldn’t / wouldn’t teach the clear lessons of history about how this shit went down last time?

Alt-right groups have been actively recruiting young people since the 90s, often by using a right-wing version of popular culture, by pitching it as “the new punk” or whatever… “the real underground”… “really piss off your parents” kind of thing…

Because at 13 they are likely neurologically incapable of understanding the full consequences of their actions.

This speaks to the maturity of grown men who were inspired by and took direction from some 13 year old boy - who they were listening to when he was 11 and 12 years old.

You’re less advanced than a boy who is literally grounded to his bedroom, hasn’t gone through puberty and has never even kissed a girl. And you follow this boy to show how you’re a superior human being?

You need to take a good long look at yourselves.

If you’ve ever interacted with a Neo-Nazi/alt-right person online, it becomes obvious pretty quickly that they’re all 13-year-old boys.

…no one seemed to be aware that they were taking orders from a maniacal 13-year-old.

When I was 13, my parents were warning me about creepy adults on the Internet. But it seems that the tables have turned.

Tell that to the Htoo Twins, who were given their first pistols at 9 and were thought to be magically bullet- and mine-proof.

Johnny Htoo and Luther Htoo (pronounced 'too', 'H' is silent; born circa 1988) are twin brothers who jointly led the God's Army guerrilla group — a splinter group of the Karen National Union — in Myanmar (Burma) during the late 1990s. The Htoo twins are from an area of eastern Burma populated by the Karen ethnic group. The Karen and Burmese army had fought at various times for over fifty years, but in the early 1990s the Burmese army launched a major operation to secure the route of an oil pipe...

So what does society do with a kid like this?

I watched a really interesting 2 part doc on Hitler Youth (it was like JoJo Rabbit, only serious AF). These were kids that we born into that system, were educated by that system, told what to think and feel by that system. A generation of German youth that were led down a dark path.

Interviews with the (now) old men, saying that as the war was ending, and they were suddenly thrust onto the battle field, fighting for Hitler was euphoric, the pinnacle of everything they were raised to believe. It didn’t last long as the realities of what was going on hit, that they in fact weren’t so superior and probably were misled the whole time.

It took a massive effort to de-program them, and some went on to team up with Jews to go to schools and tell modern kids what hate and lies can do.

That some devoted the rest of their lives to making amends, embracing who they were taught to hate… there IS redemption.

But for this kid, who knows. Good thing I’m not in charge.

Unfortunately Estonia has a long history of Nazi-related groups. There was the volunteer legion and the SS division in WW2. Starting in 2000, the veterans of the division and its fans hold annual marches commemorating “liberation” by the Nazi German army from Soviet occupation. The Estonia police allows it, and has prevented anti-Fascist demonstrators from confronting the marchers. Nazi sympathies run in the authority and government circles, and hence the reluctance to act on Nazi organizers.

In the meanwhile, Estonia became a member of the EU and NATO. It is extremely disappointing, and very telling, that the EU and US did not put much pressure on Estonia to ramp down on these orgs, as a condition of joining these international bodies. All of the above goes for Latvia as well.

We are approaching peak internet. 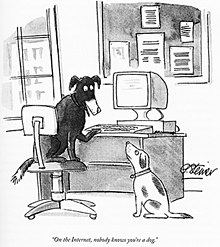 On the Internet, nobody knows you're a dog

"On the Internet, nobody knows you're a dog" is an adage and meme about Internet anonymity which began as a cartoon caption written by Peter Steiner and published by The New Yorker on July 5, 1993. The cartoon features two dogs: one sitting on a chair in front of a computer, speaking the caption to a second dog sitting on the floor. As of 2013, the panel was the most reproduced cartoon from The New Yorker, and Steiner had earned between $200,000 and $250,000 US from its reprinting. Peter Steiner,...

You’re less advanced than a boy who is literally grounded to his bedroom, hasn’t gone through puberty and has never even kissed a girl.

Maybe that‘s why he‘s doing it, to impress the girls and finally get laid? Every good German girl was hot for the Führer, you know. 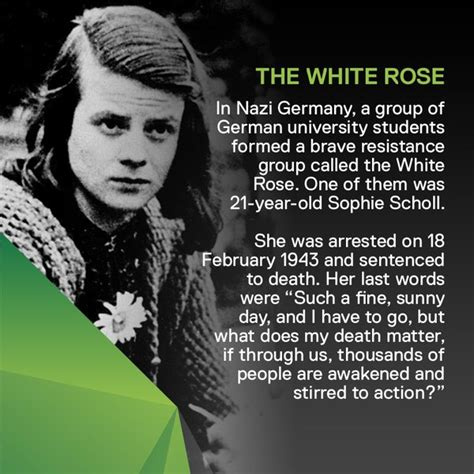 Maybe that‘s why he‘s doing it, to impress the girls and finally get laid? Every good German girl was hot for the Führer, you know.

So - these men are trying to impress a young boy so they can have sex with him.

at 13 they are likely neurologically incapable of understanding

This makes me wonder what kind of facilities they have for the mentally ill. Also, why that presumption of capability and innocence isn’t the norm in the U.S.: 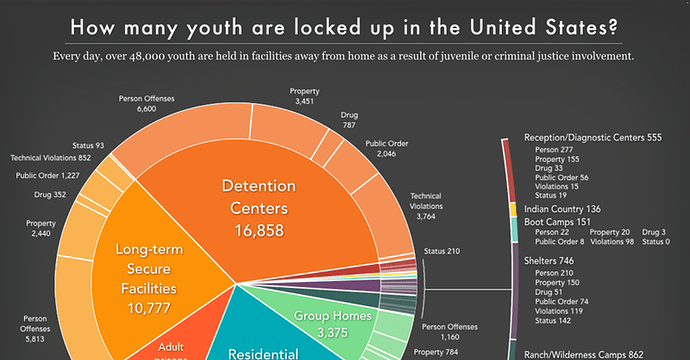 Infographic and report showing the number of youth who are locked up in different types of facilities and why - 2019.

Yeesh. Spank him and send him to his room with out dinner. For the next 10-15 years?

Just kidding. Kid needs banned from the internet for awhile and counseling to deprogram. He wasn’t radicalized in a vacuum. Unless he learned it from his parents.

Sophie Scholl was many things - a freedom fighter, a good person, and a shining example come to mind.

But she was not a “Good German”; one of those people who voted for the Reich in the '30s, marched for those causes, wrote letters of love to Hitler, assisted with the tasks of their government, and somehow wasn’t a Nazi in November of '45.

Yeah… kind of my point… not all Germans supported Hitler…

Scandinavian/Nordic countries/whatever the fuck you call it when you include Finland tend to send kids accused of crimes into a rehabilitation system. Involving education, job training, psychological treatment, drug treatment, removing them from any home situation that may have contributed.

Not 100% sure that Finland is on that train but I’m pretty sure that’s what they mean by can’t be charged with a crime. And it works.