When he arrived, Rotundo took out an AR-15 and shot a single bullet at him.

Once again, the wurst person you can think of got his hands on one of these weapons.

That guy’s just a spoiled brat.

I never sausage a thing as this.

Sausage fest of the wurst kind. 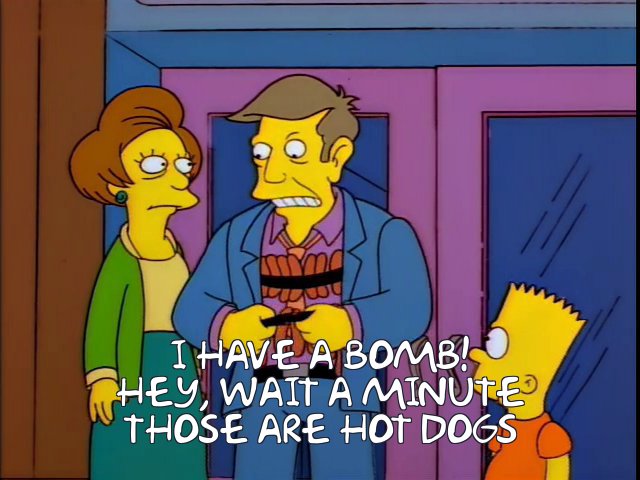 Gives a whole new meaning to ordering weiners “all the way” in Rhode Island. 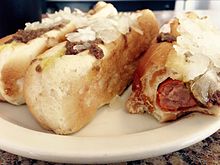 The hot wiener, or New York System wiener is a staple of the food culture of Rhode Island where it is primarily sold at "New York System" restaurants. The traditional wiener is made with a small, thin hot dog made of beef, veal and pork, giving it a different taste from a traditional beef hot dog, served in a steamed bun, and topped with celery salt, yellow mustard, chopped onions, and a seasoned meat sauce (the spices vary by vendor but always include celery salt and commonly include cumin, pap...

The police showed up with SWAT gear and hostage negotiators around 2:40pm. They surrounded the home, but didn’t enter, because they didn’t believe that anyone inside the house was at risk.

There’s probably a “pigs in a blanket” joke to be made about cowardly cops. (Although in this specific instance all’s well that ends well, I guess)

Breaking news: The State of Texas is now mandating hot dogs for all school lunches in order to reduce the incidents and severity of school shootings.

Yeah, if it’s not New York System, it’s not worth it.

Feeding all school kids? That’s exactly the kind of pro-social thing TX would never do

I never said they’d be free!