Its interesting that the New York Times on their web page on Polling in the Election pages of their website has reported absolutely nothing on polling in Nevada. Lots about S. Carolina which happens later, but not a word on the very news-worthy trajectory of Nevada polls.

The polls have been so accurate up to now that I’d season this news appropriately before consuming.

“her lecturing minorities why America must mass-incarcerate them.”

Heart warming sentiments like that loss you the campaign.

An unfair press, or a tin ear on her own base?

Voters are often ready to choose Clinton until she starts “explaining” why they shouldn’t want what they want. Is it because she’s used to communicating with people on behalf of corporate interests?

Marginalize, promote, talk about the “vision” and describe the goal as though it were a feature of the natural order, hide the shareholders’ interest behind the curtain, invent new language, minimize and deny injuries caused and risks, make side deals …

Her campaign could compete more effectively if it focused more on listening to people and working on their issues.

That’s how Sanders has done politics for decades. That’s what some thought Obama the “community organizer” would do more.

“The duopoly of the United States’ two-party system is in jeopardy of exploding into alternative fragments—and we can thank Donald Trump and Bernie Sanders for lighting the fuses.”

as a nevadan, i can’t wait to go to the caucus on saturday. it’s been very interesting talking to people, and hearing bernie’s name more and more. hillary had a really strong presence here since early last year, and it’s amazing that her lead has dropped so much. the trick here is to get people to go to the caucus and to vote. it’s always been that way.

An end to the two-party stranglehold?

But I seem to recall pundits saying the Tea Party was going to destroy the GOP and Democrats would win every election for the next 20 years, right before the 2010 midterms.

“The duopoly of the United States’ two-party system is in jeopardy of exploding into alternative fragments—and we can thank Donald Trump and Bernie Sanders for lighting the fuses.”

As for the idea that this is impossible… other countries have multiparty systems, and while rules of order favor the two party system, the reality is that those can be changed and that there are no constitutional reasons to have only two parties. I’m not completely optimistic about a multiparty system; the UK’s government seems to suck pretty badly right now, but it does help loosen gridlocks.

The trick is hitting the main two parties with two other legitimate options that are similar but different. Bernie and Trump could accomplish this.

"The duopoly of the United States’ two-party system is in jeopardy of exploding into alternative fragments—and we can thank Donald Trump and Bernie Sanders for lighting the fuses.

First Past the Post voting all but assures that a two-party duopoly persists. What those two parties look like might change over time (just ask the Whigs or Lincoln-era Republicans), but the math of the thing means there’s always going to be two.

This doesn’t jeopardize the two-party duopoly, it just potentially changes the face of the parties to one with greater outsider access.

Which would in some ways be even cooler.

Whether or not the new face of these parties would be interested in dismantling the two-party system is kind of a separate issue.

First Past the Post voting all but assures that a two-party duopoly persists.

What? India, the UK, and Canada don’t have two party duopolies. There are voting blocks, but that’s not the same.

the math of the thing means there’s always going to be two.

I’d like to see a proof, especially because in math, one counterexample (I’ve cited three) tends to disprove the proposition. The real reason the two-party system persists has a lot more to do with debate and committee rules that make it incredibly hard to get things done if you’re not party-aligned. That’s the real reason we have a two-party system, and it’s not an insurmountable obstacle.

Americans are annoyingly resigned to the weirdest bullshit, for the most terrible reasons.

I’ve been interested in Harry Reid’s opinion of Clinton trying to walk back expectations on Nevada, now claiming it’s another white state like Iowa and New Hampshire. 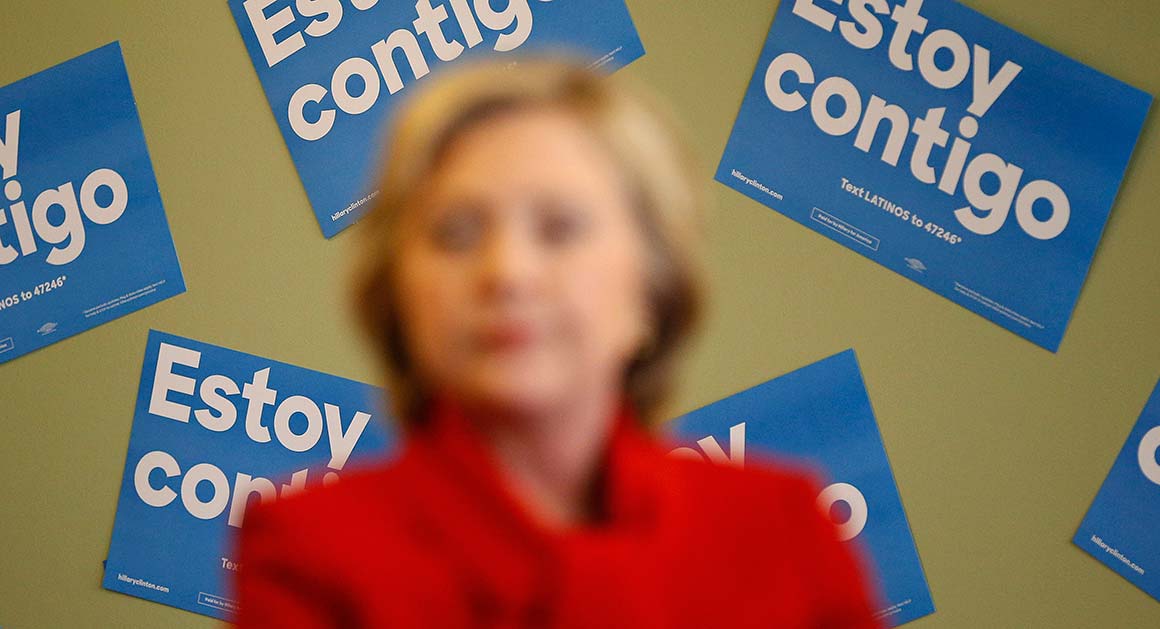 Her campaign's attempt to downgrade expectations backfires in the pivotal caucus state.

I respectfully disagree. But as long as the States remain united, there will probably be no end to the two-party system.

Minor parties can be very successful under a parliamentary system, where a party with 1% of the votes gets 1% of the parliament. In the event no party has a majority, parties can form a coalition government.

This is impossible in the US because the party that gets 49% of the votes gets nothing. That’s why third-party candidates never win, and only succeed in splitting the vote of the party their followers like. (Teddy Roosevelt might be an exception, I’m not up on that.)

The US system is just a completely different game. A strategy that wins in Bridge is of no use in Poker, even if both games use cards and put money at stake.

I see Gary Johnson is trying to present himself and the Libertarians in the same space that Bloomberg is if Sanders and Trump end up being the candidates - socially liberal, economically conservative.

I’d love to see a broad range of parties elected proportionately, with instant run-off voting for the President, but you’d need to get rid of the Electoral College and totally reform all of Congress, because it’s all set up for two parties, and only two parties. It fundamentally doesn’t work at all if you have more.

Sanders is never going to run third party anyway, because he’s not a fool. This is why he joined the Democrats. He doesn’t want to split the vote.

I really hope that Trump does run as an Independent. If Bloomberg did too, it could be very interesting. I can imagine nobody would get > 50% of the Electoral College and the whole thing would collapse in a heap.

where a party with 1% of the votes gets 1% of the parliament.

Bernie Sanders has 1% of the Senate.

As for who is Bernie Sander’s “Party”

I quite agree. Sanders is running for the Democratic nomination, not as an independent. I do not think he would pull a Nader.

Americans are annoyingly resigned to the weirdest bullshit, for the most terrible reasons.