Well, they weren’t in Quebec during the no-apostrophe phase of the sign language laws, so it’s not that.

And after that there are the people that only eat the parts of plants that would fall from them naturally. 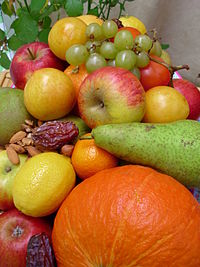 Fruitarianism (/fruːˈtɛəriənɪzəm/) is a subset of dietary veganism that consists of a diet of entirely or primarily fruits in the botanical sense, and possibly nuts and seeds, but without animal products. Fruitarian diets are subject to numerous criticisms and health concerns. Fruitarianism may be adopted for different reasons, including ethical, religious, environmental, cultural, economic, and health. There are several varieties of the diet. Some people with a diet consisting of 75% or more ...

There is also a split between the people who eat seeds and those who won’t (because doing that would kill ungerminated plants).

One of my friends from high school referred to the practice of quasi-observant Catholics avoiding meat on lent as “fire insurance.” Always thought that was a good line.

Chickens KNOW they are delicious.

Try the liver specials at Hannibal’s? 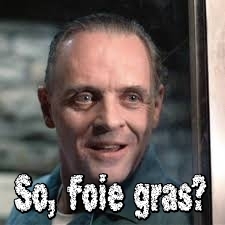 Just have to shoe horn this one in from the back pocket:

“Try my new Buffalo Bill’s moisturizer and get a free pair of stockings… you put the lotion on and you get the hoes!”

Did I misuse a hyphen? I don’t see your issue or joke, if there was one.

I think about that short story all the time. I can’t remember where I first saw it, and I’m always a little surprised to see it referenced.

They are a company from Louisiana, a southern state with a Catholic majority…

Christians make up 84% of the total state population, making Louisiana one of the most Christian-dominated states in the United States. The largest Christian denominations by number of adherents in 2010 were the Catholic Church with 1,200,900; Southern Baptist Convention with 709,650; and the United Methodist Church with 146,848. Non-denominational Evangelical Protestant congregations had 195,903 members. As in other Southern states, the majority of Louisianians, particularly in the north of the...

Why is that surprising that they’d cater to that population?

Uh, Popeyes really being Pope Yes just might be a joke.

I guess I’ll wait until I’m corrected? Jokes are not always clear, especially when there are plenty of people who legitimately believe that Catholic plots to take over America exist. 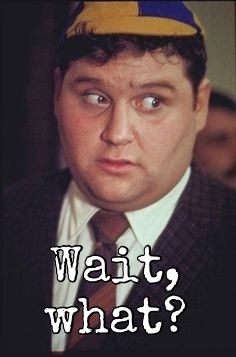 POPE YES is owned by a madrigal electromotive gmbh style tech company / commercial branding corporation intent on tracking you wherever you go, figuring out when you’re hungry and where the nearest sugar monger is located. Vigorously pro-roman-catholic indeed.

I laughed so hard at this. TY