How do they intend to collect?

I’m thinking that, at some point the fees will trigger a lawsuit. It’s possible that Biden Wyden (D-OR) or Merkley (D-OR) will get involved. Knowing Wyden, he’s probably already involved and I just haven’t seen it yet.

Edit: Whoops! Got the name wrong!

Technically, I think they could issue a debt enforcement order to local authorities. When you see things like the guy who foreclosed on a bank branch (https://boingboing.net/2011/02/15/philly-homeowner-for.html), that’s enforcement in action. In cases against large entities, such actions are generally mostly symbolic, with the entity paying out in return for their property.

Portland could, for example, foreclose on any federally owned building to satisfy the penalty.

It could get REAL ugly.

Yeah, that’s what I was really asking.

But as we’ve seen recently, laws only work if people are actually willing to enforce them.

@Melizmatic In practice gets tough. As stated above, they would normally just remove the obstruction, but don’t want to send people into harm’s way. Now, there is precedent for armed people storming government buildings and suffering little repercussion but, let’s face it, we cannot count on that happening either. Our government at the moment is looking for an excuse to lash out at anyone even remotely critical of their actions. In a world where FOX News isn’t supportive enough for Trump…that could end poorly.

Simply sending police up to the doors to padlock them isn’t going to work, and just gives Trump an excuse to increase the level of force being used in Portland (he’d likely call it open insurrection - if he were able to pronounce insurrection).

I think that the likeliest resolution would be after a regime change, at which time the Fed might negotiate things down or Portland might drop the penalty in return for some other consideration.

@CanadianBeaver might have also been referring to The orange one, who also has a history of stiffing contractors, in some cases right into bankruptcy.

But see McCollich v Maryland, which sort of limits the ability of states to tax the federal government. 17 US 316 (1819)

Hmm - well - I like their gusto, but good luck with that.

How do they intend to collect?

Cut to scene of Emilio Estevez and Harry Dean Stanton repoing airforce 1 on behalf of Oregon.

Liked for the Repo Man reference. 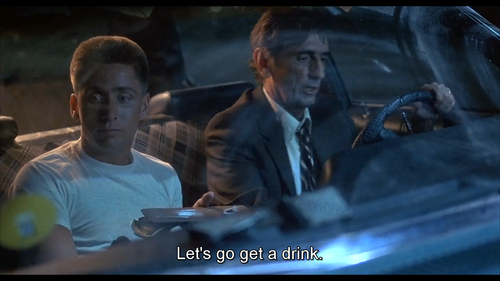 that’s less than the cost of one fully armed and camo’ed pseudo soldier!

The life of a repo man is always intense.

which is blocking a bike lane.

Nice to see a city finally enforcing its bike lanes!

Seriously though, I hope the feds are forced to pay every cent, and get the fuck out of a city that never asked for their “help”.

I guess it will come down to how the court views “Necessary and Proper”. I do think that the Feds would have a tough time showing it to be necessary - but I’m also not a judge.

Better than arguing a case on the merits of the definition of the word “is” I suppose.

This makes me wonder if the Federal Government and anyone that works directly for them is able to claim that state laws don’t apply to them but federal ones do. I doubt this is true, but i can definitely imagine Trump trying to pull something like this and say that he doesn’t recognize Oregon’s jurisdiction over Federal property and representatives and that he’s entitled to do whatever he wants.

Edit: Looking into it and seems like Trump can definitely flex in that direction if he wanted, they’re within their right but doing so and really antagonizing Oregon would run afoul to one of Republicans favorite talking points, it being State Rights. Not that Trump cares.

The Federal Enclave Doctrine: A Potentially Powerful Defense to State...

The U.S. Constitution provides that the federal government has exclusive legislative rights over certain federal territories – such as military bases, courthouses, and other official properties – if a state consents to the purchase of the territory....

Sounds kind of like billing one’s doctor’s office for the time they keep you waiting. Not exactly a profitable model, but the principle of the thing still matters!

I read that the Stasi is pulling out of Portland. Surely the local police wouldn’t cause any harm.

That’s great. Now their Mayor needs to direct the PDX Police Department to protect Protesters from the FEDs instead of standing in ranks with them. Shithead.