Portland made a fantastic video to woo Japanese tourists

“These are the bikes that we love to ride naked…”

Good one, Portland. This video is how The Ring started.

I wonder who sang this, because the voices sound American but their Japanese is perfect.

EDIT: Except wait, shouldn’t that be Odonaratoupo? Even turned around, the transliteration looks really odd. I see a ro where a ra should be, and is that a… tripled vowel?

So that’s where it got the name!

You haven’t heard the news?

Yea! Somebody knows what “woo” means!

A nice summary of Portland… The old Modest Mouse music video style is an interesting choice though.

If that bit ever were tried, it would surely fail. It’s nasty and meanspirited, even for satire. Ugh.

Yeah, there is such a thing as too much sharing…

I remember when all it took was a farmer in a blue Ford pickup truck.

/that should be legitimately obscure.

Here’s the statement from the bookstore in entirety. Nicely written piece of protest speak.

I especially liked the line at the end about how the show portrays gentrification as turning Portland into something “twee and whimsical for the incoming technocrat hordes.”

Fuck Portlandia - In Other Words

We stand behind our decision to discontinue our relationship with Portlandia. And we fucking love the sign.

You knew of the program? The only people I know who know about this show were people taking Japanese language lessons in the mid 80’s in Oregon or actual Japanese people.

Then I think it remains obscure. Obscure does not mean unresearchable.

While Portland is likely the only city with a non-zero chance that you’ll run into a guy on a unicycle playing flaming bagpipes, the quotidian experience isn’t a Twin Peaks / Eureka style parade of strangeness.

I wonder if there should maybe be a bureau that arranges for street performers and handlers with trained raccoons to be on hand when Japanese tour groups arrive.

Maybe a tour bus driven by a guy in a Yeti suit that takes tourists up the gorge to Multnomah Falls. 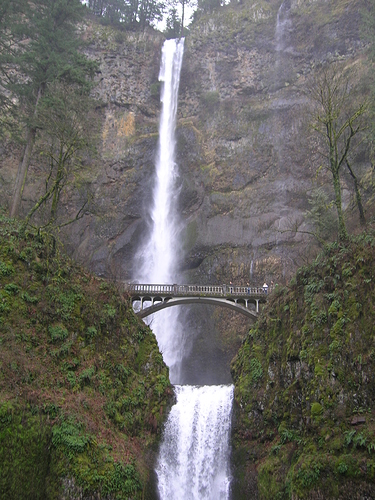 P.S. Raccoons are pains the ass. There. Said it.