Tonight I attempted to join a protest in Portland, I quickly realized it was not going to be peaceful and extricated myself. Less than an hour late they had destroyed part of a local park and as it stands now the ‘protest’ has just totalled multiple cars in a car dealership, and broke the window of almost every car in the lot… This is not how we defeat Donald Trump. This is how we play into his hands.

I am going to go get royally drunk, attempt to gain back my optimism for the morning, and try to pretend all the fucktards out there “protesting” aren’t part of my species.

EDIT: Just realized that we can look forward to seeing images and videos of this shit happening plastered allll over the news tomorrow. I wonder if I have anything stronger than Vodka in the house? 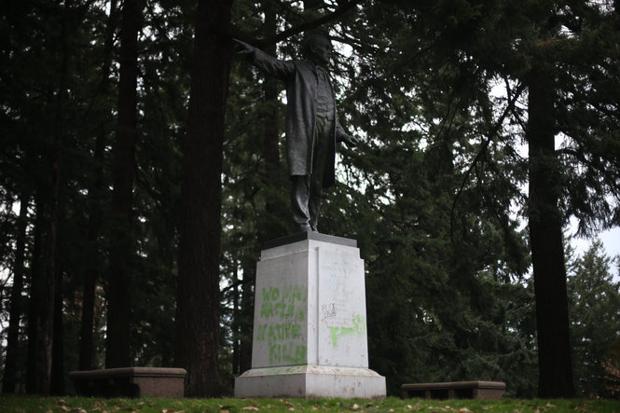 FFS - choose your battles carefully, people! It discredits the movement if Mango Mussolini hasn’t even done anything yet. Of course, the ones who would need to read this are out being stupid.

I understand your sense of frustration. But people are angry and tired of being constantly brutalized. I think too many people have spent their lives playing by the rules, and then we get Orange muppet hitler for president. And as RTJ have said…

No. That isn’t what this was. These are people who have never given a shit. These are anarchist fucks who don’t give a shit who the president is or isn’t.

I don’t know, but it’s maybe some of all three going on? First, it’s people genuinely pissed. You say that’s not the case, but it could be for some, right? Any large scale gathering is going to have lots of people with differing agendas. Second, it can be some of those who just want to watch the world burn, as you suggest. Third, people there to cause a riot for the purposes of discrediting this sort of protest in the future.

I understand you’re upset and frustrated, and this isn’t how you want this to go down. But I do think you’re underestimating the anger, fear, and frustration that’s out there.

This hurts. I can’t describe how much this hurts. I was born and raised in this city, this is my home. I just watched it get Butchered for no reason. There was no message, no meaning, just destruction. I am crying for the future of this movement right now. There are tears running down my face.

I think this is to be expected. People are angry and frustrated. It’s easy for things to spill over, and/or for bad actors to take advantage of events. cf. the London (and the rest of England) riots in 2011. I think there may be a lot of this over the next four years.

I suspect the May Day protests are going to be something else next year. They’re pretty big here in Seattle generally (hell, could see repeats of the Battle?).

I really like the Pearl District. Pretty awful to see things like this happening to places you know. Be safe.

Since my head is a little clearer now, I have noticed something that is probably to be expected, but still interesting: The majority of the people who were breaking shit were white and male, the Portland Police have been happy in the past to push around BLM protesters with pepper spray and use of force but they took ages to actually do anything to the rioters.

Now I’m off to get fucking plastered because I’m going to need quite a few more drinks if I want my morning hangover to be more pleasant than what I just watched.

I suspect the May Day protests are going to be something else next year.

(hell, could see repeats of the Battle?) 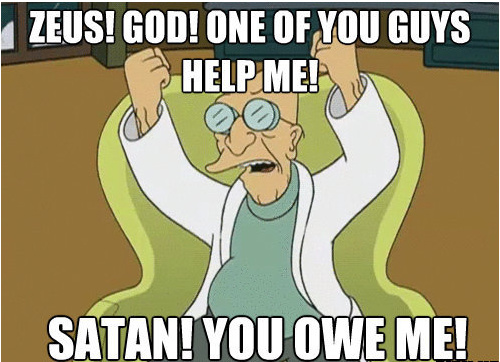 Being reported on the BBC World Service every 30 minutes.

Probably just reading the oregonlive story on the air I think.

All caps? Leveled? I live here, an’ you don’t know shit.

Let’s not form a circular firing squad here inside the BBS.

These are anarchist fucks who don’t give a shit who the president is or isn’t.

Anarchists usually have more awareness. Not always, but usually, unless we are talking about individualist insurrectionists.

I can’t rule out false flag in this situation, the fascists have as much to win as we have to lose by doing this.

Maybe some Cable Street style messages are needed for next time 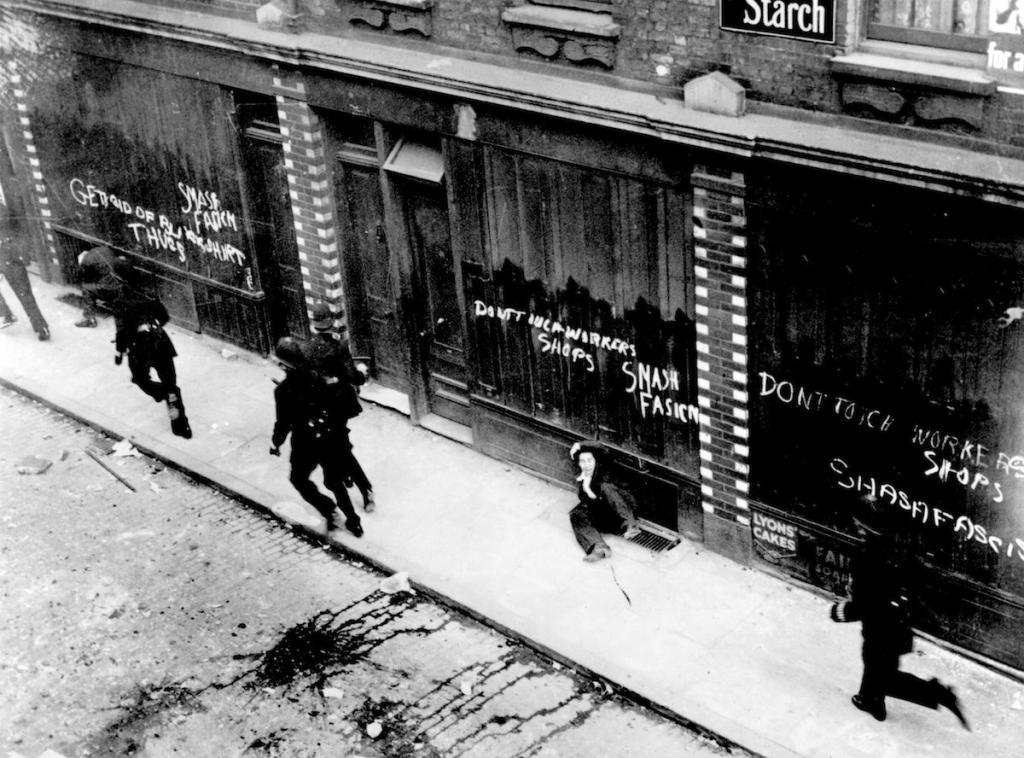 I used to live in Portland; it is a strange mix of people, including some horrible racists on the outskirts, and police with very itchy trigger fingers. Looking at the news reports the damage doesn’t seem that bad, I’d worry more about the police getting overzealous. All too often riot+police=police riot.

I’m really not surprised by this. Reminds me of this Cord Jefferson article from a while ago:

A frightening and violent mob swept through the normally quiet seaside community of Huntington Beach last night following a surfing competition in the area. Businesses were vandalized and looted, portable toilets overturned, and brutal fistfights...

All caps? Leveled? I live here, an’ you don’t know shit.

I am not going to lie, I was very upset last night and my comments here might have reflected that in a… well lets just go with “inappropriate and hyperbolic” way. It has definitely been a stressful year, month, week, day, hour, etc. for all of us.

The only thing we can ask from each other is our patience and understanding while everyone works through their election related and personal shit. So I understand your response to my anger and I recognize it.

I think I was trying, and failing, to make a joke. Some sort of fromthehood Portlandia satire nonsense.

I vowed not to yell at people on the internet any more, so I took a break for a while. Things have been a bit hazy on evening occasions since Tuesday. I’m working on it, but I just need to put the fucking phone back down.