Portraits of the women of Botswana's heavy metal subculture

Would you look at all that cultural appropriation.

Would you look at all that cultural appropriation.

Is it time to explain the difference between punching up and punching down again?

BRB, moving to Botswana. I can be their token white male!

Being prepared to brave the heat in Botswana in leather pants and a bike jacket is so fucking Metal, I can’t even.

I was going to say much the same thing but I did a search beforehand and found that much of Botswana is fairly mild, relatively speaking, even during the summer months of October through January.

Bikers wear full leathers in the American Southwest and from what I read it’s similar climate with inverted calendar seasons.

Fuck me, this stuff isn’t bad at all. Thanks internet!

Huh. The more you know, eh? I’m sure I’d still be sweating buckets even sporting nothing but shorts and a sunshade, mind.

BRB, moving to Botswana. I can be their token white male!

A beautiful woman in biker gear certainly isn’t the general public’s idea of Africa. Changing stereotypes, one metal stud at a time.

That is just so fucking awesome, I think my internet has reached its peak for the day and I’ve only been awake for an hour. 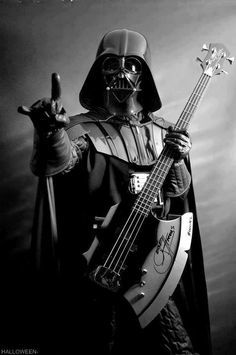 White people steal rock and roll from blacks, black leather and studs from the gay bondage scene, and then black people from a country where homosexuality is illegal steal the final result from Americans.