"Pro-life" Super PAC spends millions of dollars to elect anti-abortion candidates, even those who allegedly pay their girlfriends to get abortions

Originally published at: "Pro-life" Super PAC spends millions of dollars to elect anti-abortion candidates, even those who allegedly pay their girlfriends to get abortions | Boing Boing

These anti-choice grifters would turn on a dime and support throwing unborn and born children alike into furnaces if it was somehow determined doing so would lower taxes and regulations on the ultra-wealthy and corporations.

Looking at their on-going response to the climate emergency, they’re already effectively doing that.

I wonder how many women are involved in the “Women Speak Out PAC”; I mean, I’m sure there will be some employed in admin rolls, providing refreshments and stuffing envelopes, but how many will be involved in actually make decisions and fomenting policy? 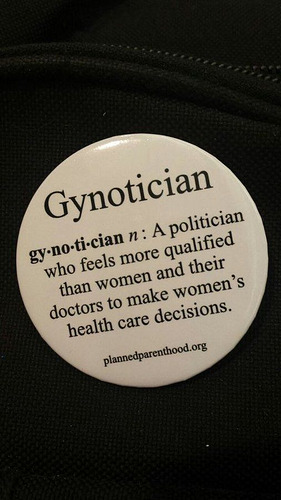 Yeah, we’ve gotten that garbage here in Wisconsin, too.

Anyone who, repeatedly, cannot help getting women pregnant isn’t fit in my mind to be a Senator, especially one when these elections could have significant impact on the future of the United States.

Hopefully enough people think the same, considering all his other demonstrated flaws too. Brief acquaintance with the truth also should be a disqualifying factor. That shouldn’t be a Utopia, just normal.

DAY-UM! There are some seriously gullible people behind this.

Cathi Herrod, for one.

The Center for Arizona Policy (CAP) is a nonprofit conservative lobbying group based in Arizona. The organization advocates for the passage of socially conservative policies in the state. It also produces voter guides to encourage its supporters to elect conservative lawmakers. Over 100 bills supported by CAP have been signed into law in Arizona. CAP employees co-wrote Arizona's controversial SB 1062, which would have shielded business owners and employees from lawsuits if they refused service t...

No, not really… just people who wish to control the bodies of women. That’s the key here, that women are under the control of men. ALL women. So, it’s okay if they pay for abortions, as long as they are the ones doing so, and not women.

Misogyny is not about gullibility - it’s about a belief that women are inferior and should be controlled by men. It is one of the oldest and most long-standing prejudices that has plagued humanity. As such, we should not be shocked that it’s continue to shape our politics today.

I don’t know if this was from the same Super PAC but in the last week or two I started getting texts and mailers from a group opposing California’s Prop 1 (which would provide state-level protections for abortion rights) using headlines like “Martin Luther King Jr.'s Niece Speaks Out Against Prop 1!”

Obviously that raised a bunch of red flags—like, why the hell would I side with someone on abortion just because someone in her extended family was a great civil rights activist?

Of course when I looked up who this woman actually is she turned out to be exactly the kind of right-wing nut you’d expect whose history includes guest spots on Fox News and work for Donald Trump.