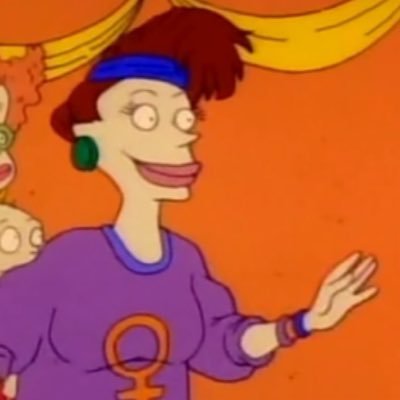 @MoiraDonegan
It always gets framed as a gotcha when anti-choice men pay for their mistresses’ abortions, but it’s not a contradiction. The principle is not against abortion; it’s in favor of male control of women’s bodies. twitter.com/sollenbergerrc…

EXCLUSIVE: Herschel Walker, an anti-abortion absolutist, paid for an abortion in 2009. We have the receipts. Literally. Me @thedailybeast https://t.co/IzOEEg4quN
46 Likes
Mangochin October 4, 2022, 1:22am #3

Spoiler: The MAGA crowd will continue to frame this serial liar and abortion-financing absentee father to (at least) four kids by (at least) four different women as the “Christian” candidate even though his opponent is literally a pastor.

“AT LEAST HE STEPPED UP LIKE A MAN AND PAID FOR IT. THAT’S THE CHRISTIAN THING TO DO.”
– The Evangelical Church of the Mulligan

Abortion is nothing to be ashamed of. 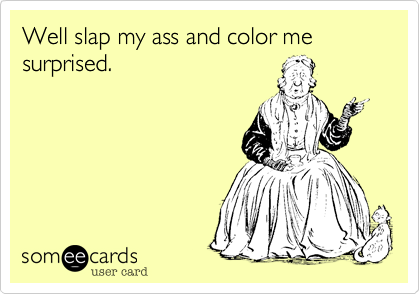 Which is why this isn’t a lack of personal consistency for him, but it’s also why the anti-choice MAGAts supporting him won’t even blink at this news either. After these years of Trump, it’s obvious that showing they don’t follow or believe their own rules doesn’t diminish them in their followers’ eyes.

@RonFilipkowski
The Georgia Senate race is finally getting interesting. https://t.co/SdEWnUSDrA 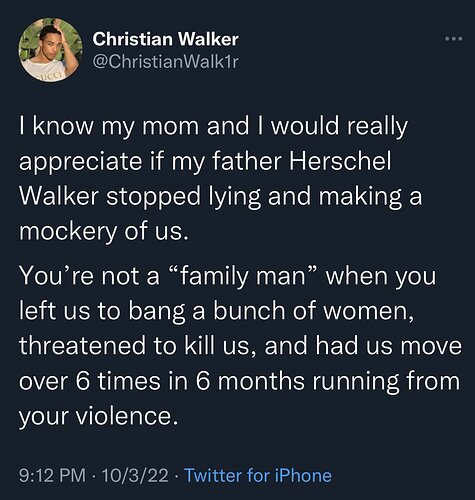 Heh. In one of Stephen King’s latest books, a right-wing GOPer running for a senate seat loses the election because exactly this scenario comes to light days before the vote. It will be interesting to see if life fully imitates art.

I was going to ask what possible motivation he has for taking his anti-abortion stance to extremes that even many right wingers would find unreasonable, but this says everything anyone needs to know. Somebody check this man’s basement for bodies, please.

Walker, who was not married at the time,

This is the only part of this story that I find the least bit surprising.

his opponent is literally a pastor.

Well, yeah, but that pastor is in favor of equity and such like… is he a REAL pastor? Everyone knows that only authoritarians are “real” Christians… /s

Erik Erickson’s response is interesting. Was it common knowledge among conservative pundits that he had paid for at least one abortion? What else does they know about him if they’re not telling the rest of us? And yes, people change, but what evidence is there that he’s changed for the better? He’s not honest now. The guy is still making life miserable for his offspring.

Christian Walker is no ally (he appears to be a hardline Republican) but Glenn Greenwald once again demonstrated his talent for being hilariously wrong on virtually every issue. 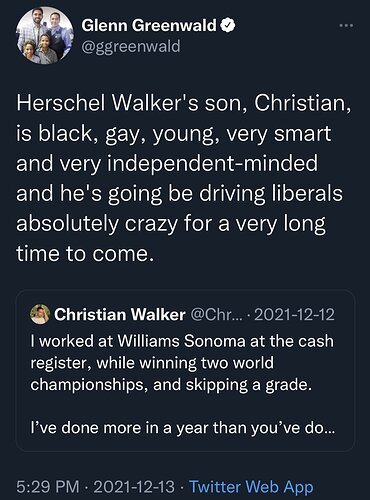 I wonder if Greenwald ever says anymore what he actually believes or stands for. Seems like all he does anymore is throw stones at “liberals.”