That’s all well and good, but how do we turn that into pain, misery and fear for the people responsible?

Let me put it another way, if there’s a sociopathic asshole driving around in the woods with twenty cans of gasoline setting fires every couple of miles you’re going to solve the problem a lot faster with a .45 than a bucket of water.

Rebuttal arguments have been shown over and over not to work. Once those types of people hear something, they never ever change their mind.

It’s important to point out that many of the anti-GMO people and antivaxxers are the same people.

If you read Deutsch on the “as if” personality or Jacobson on the “Judas” type, they describe people that join one political activist group after another without accomplishing anything. I’ve recently realized that these are “characterological” issues in which it is impossible to get people articulate their beliefs, plans, and goals because they simply don’t exist in a coherent enough form to be articulated, not even as nonsense. That’s why it comes of as some sort of extreme trolling. You will find many of these people are also gun control zealots, which is fine, except for their utter uselessness. Does calling all gun owners “racist” move the ball even an inch down the field? Is that what we’d call a “plan?” Nope, but it does allow someone to be a sort of a Judas in the movement that they supposedly support.

A good example of these characterological conditions is hoarding - it’s a mental condition that comes without conscious thought. If you grill them on what they are doing and even the possibility that they will make themselves homeless, they may respond with nothing but a blank look and surliness. 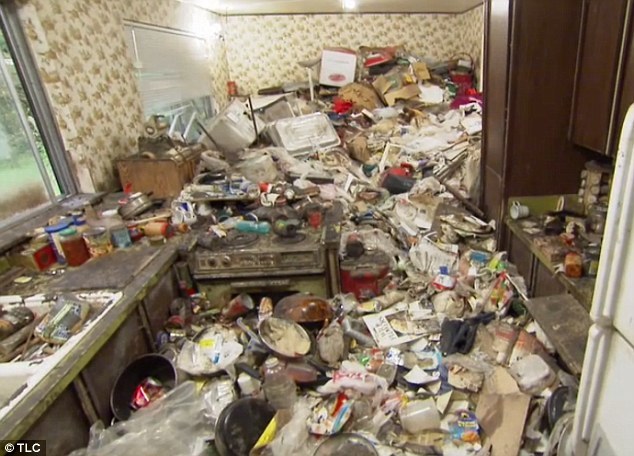 I know anti-vax people who changed their minds, ditto a few homeopaths. There are also mainstream news stories about the same thing: anti-vax family threatened by local outbreak, gets vaccinated; close relative dies of fraudulent woo treatments, rest of family revolts against the nonsense.

The confounding issue is time; if you can get a rough grasp of another person’s narrative identity and craft an argument which takes it into account, your persuasiveness increases a helluva lot. That’s doable onesies-twosies, assuming interlocutors with good faith, but herd mentalities aren’t as directly tractable.

That’s why I don’t envy politicians or cat-herders generally. With pressing public health concerns like this, the only viable option I can see is direct coercion (either mandatory vaccination or quarantine-like relocation). That’ll sit well with people who also seem to obsess over government overreach and corporate influence.

Wait. Can we change these yet?

Well you and I can change the BBS title but then it gets changed out of the Boing category which we can’t post to. The links and all the other stuff still works.

Thanks, suspected I might cause more problems than I solved.

Will wait on the friendly, neighbourhood dragon.

Once those types of people hear something, they never ever change their mind.

… as I was saying about comparing it to hoarding. Each random belief is like one more piece of precious trash added to the hoarder pile.

Those type of people (like my uncle) hold the worst types of grudges, especially if it’s something they had nothing to do with. Example: Jane Fonda, no matter how many time you could show him (or older conservatives) things about how she didn’t stab American soldiers in the eye with sticks of shit covered bamboo he would just brush it off or get angry. They just hear what confirms their beliefs and that’s it.

I actually heard somebody make a crack yesterday about Ted Kennedy, speaking of grudges.

It’s important to point out that many of the anti-GMO people and antivaxxers are the same people.

While not explicitly anti-GMO, a SciAm editorial calls attention to the fact that seed companies prevent free and open research. “And perhaps most important, they cannot examine whether the genetically modified crops lead to unintended environmental side effects.”

I doubt very much that Scientific American’s editors are anti-vaxxers.

I’m not willing to tie my horse to Monsanto’s (Prosilac, for one), DuPont’s (Teflon and C8), and Syngenta’s (Indian rice) wagons. It’s a reasonable heuristic to start by noting the fact that these companies’ Prime Directive is to make money, not to better the world, and then proceed from there.

The Planned Parenthood video is hurting pro-choice a LOT. You can show how the editing was done a certain way (not even in a clever way, but in a rough, obvious way), how the facts about Planned Parenthood and abortion don’t line up to what was presented in the video or the conversations it has stirred up, and it won’t matter.

The video confirmed the biases that the so-called pro-life moment has held for a long time and heaped a little more dung onto the pile to boot. There’s not much we can do to convince people that it was a hoax because it just so perfectly matches what they want to believe.

You can make all reasonable sense you want with measured, factual information, but unfortunately, at the end of the day conspiracy theorists, trolls, and ideological commentators are like: 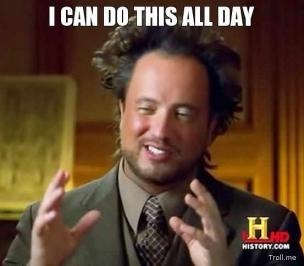 It takes the energy, persistence and volume of trolls to beat trolls. something something become the monster…

They’d rather believe a lie than accept that they said shameful things for thirtysomething years.

While not explicitly anti-GMO, a SciAm editorial calls attention to the fact that seed companies prevent free and open research. “And perhaps most important, they cannot examine whether the genetically modified crops lead to unintended environmental side effects.”

“Not explicitly anti-GMO” is an very important phrase there. There is a lot to be concerned about regarding the way in which we do genetic modifications, mostly surrounding copyrighting of gene sequences and of research into their effects. We can recognize that without thinking that genetic modification itself is a monstrosity.

I’d be very against genetically modified carrots that have added genes to make them deadly poison showing up in my supermarket, but I’m not anti-GMO.

It takes the energy, persistence and volume of trolls to beat trolls. something something become the monster…

Yes, we need to get to the source of the problem, not just deal with the consequences after the fact. Using a gun to “solve” a problem is a very emotional response, however.

." What you find is that there’s a benefit for the catfisher/hoaxer in there somewhere. According to G. Gordon Liddy, one of the men involved in Watergate, we should always “follow the money.

Traditionally, that’s Deep Throat’s line. Though it was probably invented for the movie.

I’m always a little confused by the “big money vaccines” argument. Vaccines are something all kids have to have for school unless you go out of your way to get exempted (from school or from vaccines), so they’re offered free at clinics. I didn’t pay for half my child’s vaccines due to a lack of insurance at a critical time. I even got her the optional vaccines; I’m a rubella baby, my kid is getting all the shots.

So “Big Pharma” is not getting all this “big vaccine money” from me, and if they’re getting it directly from the government that’s not going to change because Suzy down the street doesn’t vaccinate her kids.

Yeah, this one baffles me. If vaccines were big bucks why doesn’t big pharma put their research money into developing new ones? The real “conspiracy” (if you want to call it that, it’s happening in plain sight) is that we aren’t developing new vaccines, but rather big pharma develops maintenance drugs. They want you to take a pill every day for the rest of your life, not get two shots when you are three and never have to pay them again.

I always want to yell, “Please! Big Pharma is corrupt and our reliance on them is endangering our health, but try to understand how and why!”