I wonder if this is one of the professors who has been vilified on hate radio.

The professor, Tyler Cowen, writes a libertarian blog, and a fairly well-regarded one at that. While his views may well indeed be opposed to the Limbaughs and the Hannitys of the world, people like him don’t usually get called out like the Democrats do. I doubt the average listener of ‘hate radio’ knows who he is.

OH well, I was told here that Libertarians are all sociopaths. So he probably deserved it.

Yes the stochastic terrorism is almost strictly aimed at liberals; exceptions are accidental. Also, I have never heard of a well-regarded Libertarian. I assume this means well-regarded by other Libertarians, and not actual economists?

Ironically, the school says Cowen was teaching a unit on vigilantes – so some students may have initially thought that the situation was fake.

Way to go. Now those students may NEVER learn whether or not vigilantism is a good or bad thing.

People who try to place others under citizen’s arrest, typically come off looking like this guy: http://youtu.be/9efgLHgsBmM

Yes the stochastic terrorism is almost strictly aimed at liberals; exceptions are accidental.*

OH well, I was told here that Libertarians are all sociopaths.

Sociopaths might be a bit extreme. Dyscalculiatic anarchists is a better description.

I assume this means well-regarded by other Libertarians, and not actual economists?

It’s worth looking at http://krugman.blogs.nytimes.com/?s=Tyler+Cowen

Despite his disagreements with him, Paul Krugman called Milton Friedman “a great man and a great economist.”

Tyler Cowen is a supreme douche, he got what was coming to him IMO. Google the rat bastard if you’re really interested, he’s not worth anymore of my time frankly.

Paul Krugman also acknowledges the parts of Friedman’s ideas that most current libertarians ignore, like his support for a negative income tax for low-income brackets.

I don’t know that “most current libertarians” ignore that, at all. Libertarians for a Guaranteed Minimum Income?

The Libertarian Case for a Basic Income... 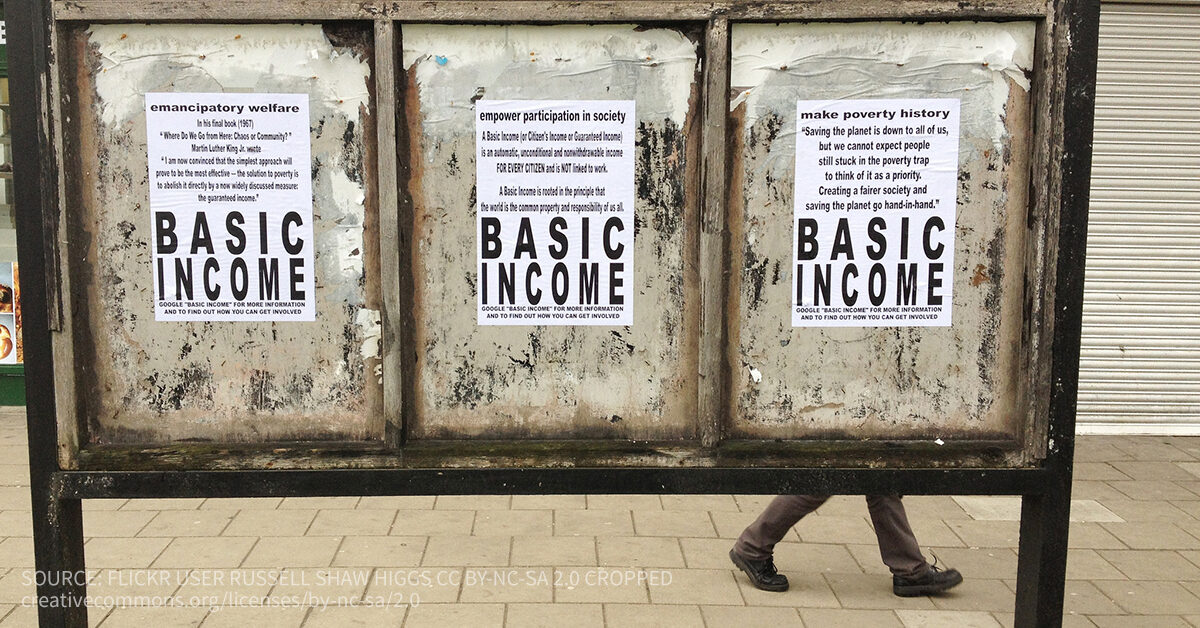 The Libertarian Case for a Basic Income

Guaranteeing a minimum income to the poor is better than our current system of welfare, Zwolinski argues. And it can be justified by libertarian principles.

The venom one sees here when a libertarian is mentioned (I don’t mean posts like yours) is really no different in quality than the responses you see at places like Red State and Free Republic when they’re talking about Obama.

It’s worth remembering that libertarian and socialist are not mutually exclusive terms. Libertarian socialists also tend to get a bit upset if they are called liberal (they are revolutionary, liberals are reformists).

In theory, libertarianism is also for breaking up patent monopolies. You won’t ever hear a public libertarian say anything like that, given that their livelihood depends on piles of cash from the supposed libertarians who own all the IP and graciously create all our jobs.

While a guaranteed income has been advocated by a number of libertarians, I’ve always got the sense it’s a distinctly minority position within libertarianism. Check out the comments on the Reason piece for example, they’re overwhelmingly opposed to it as not being consistent with libertarianism on moral grounds, like any other welfare program. Of course this reveals that most libertarians are about defending existing property distribution rather than actual freedom, because libertarian guaranteed income advocates at least realize the unequal relationship between employer and employee means it’s not a fully free one. A guaranteed income would give people real freedom to choose their work without being forced into exploitive economic relationships to avoid starvation.

I agree with this. Comments on Reason are a mixed bag, but mostly lots of reflexive rejection of government-based solutions. The writers for Reason seem to be a lot more liberal than the readers.

I don’t know. There are more and more speaking out against it.

Patents and copyrights are government monopoly grants with nothing in common with the notion of property at the heart of libertarianism.

There’s definitely a debate in the community on the issue.

Are Copyrights and Patents Property Rights?

The latest issue of Regulation magazine has a fantastic article by Peter Menell discussing the divisions in libertarian theory on copyright and patent issues. One one side is what Menel dubs the Property Rights Movement, of which Richard Epstein is a...