Proof the Thomas the Tank Engine theme works with all rap

my 9 year old, who is into hip-hop, has been obsessed with the Thomas the Tank Engine theme lately…It seems to be a thing going around lately (think he first picked it up on Roblox)

Oddly, my brain kept trying to overlay Kid Ory’s Muskrat Ramble over this. I’d guess that would work pretty well too.

They’re two they’re four they’re six they’re eight
Crashing trucks and spilling freight
Red and Green and Brown and Blue
They screw up everything they do
All of them are arrogant
In spit of their incompetence
Derailed at almost every bend
Thomas and his friends.

Is the island of Sodor a work camp for developmentally disabled artificial intelligences?

Guile's Theme Goes with Everything

Guile’s Theme Goes With Everything is a series of YouTube Poop remix videos that pair up any choice of footage with the theme song for Guile, a video game character from the Capcom fighting arcade series Street Fighter. Similar to Yakety Sax and...

Today I learned there is a lot of great rap that doesn’t work with Thomas the Tank Engine.

15/8 essentially gives you three bars of normal 4/4 then drops a beat on the fourth bar. The rhyme at the end of a line becomes the beginning of the next, giving both songs a nice flow.

7/8 is kind of the same, but since you don’t get so much space between the dropped beats it’s more jarring:

Jet Pack by Flobots is in 5/4 and it’s pretty intense:

Gone Fishing by Captain Murphy is in 5/4 and it’s pretty trippy:

And Story 2 by clipping is in all of the time signatures:

It seems to be a thing going around lately

This is the first I had heard of it …

is Forklift Simulator a real thing?

The default assumption these days is X Simulator is a real thing. Look at the Steam store page, or itch.io if you’re not into walled gardens, and bask in the mediocrity of all things Simulator.

Ace reply man, why is no one giving you love for this?

That last song is great, reminds me of the time i took a music appreciation class in college and delved into the history of jazz. There were some really talented jazz players that would mess with the time in their performances in very interesting ways. Usually involved in almost imperceptible delays or speeding up in hitting notes while still keeping the time signature. Not a musician so i don’t know how common this is but learning about it and breaking down what jazz players were doing was cool.

Look at the Steam store page, or itch.io if you’re not into walled gardens, and bask in the mediocrity of all things Simulator. 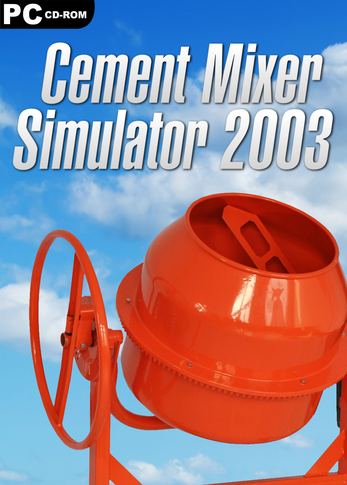 We’re all living in a simulation to begin with. It’s turtles all the way down.

Is the island of Sodor a work camp for developmentally disabled artificial intelligences?

I think it’s a fascist dictatorship.

I have to take issue with the conclusion that Sodor is a communist state. It's The Other Railway that is the socialist nationalised British Railways. Also, I remember there being fear and anger at the possibility that the engines would be replaced by diesel or electric engines who would pull their carriages (who were all female back when I read the books last). The few diesel and electric engines that are on Sodor are treated as a lower class than the steam engines. So, we have an island w…

Ace reply man, why is no one giving you love for this?

Likely distracted by the awesome links!

It’s turtles all the way down.

Bravo. Not generally my genre, but you blew my mind several times over with that selection.

BBS staff: Doop should be writing on/recommending music in this space.

Story 2 by clipping is epic. I’m particularly happy you brought that one to us. What an incredible use of variance in the time signatures.

Dude. Thanks for that!

It might have worked if they’d bothered to match the tempos. As it was, that was a…er…trainwreck.