Public entomologists struggle with an epidemic of delusional parasitosis

Is it scare-stories about bedbugs

“This is a piece of lint,” Ridge told me, pointing to a photo that the website suggested was a mite.

If the person has had bed bugs, this is some post-traumatic stress (low level, but still…). We had bedbugs for 7 months when we lived in the Bronx. We got rid of them over and over again, and they kept coming back*. We moved out, and threw out almost everything we owned (it was time to get rid of that IKEA bullshit and grow up anyway) We looked back at the bedbug registry a year or so after we moved out, and 3 or 4 apartments in a cluster, including the one we had vacated, were reportedly infested. That was 10 years ago. To this day, every even remotely round speck of anything tan to black in my bedroom makes me jitter for a good hour, and I have a haunting feeling that lurks in the back of my head that every day I spend in a Brooklyn apartment is a roll of the dice.

My wife has a friend who had bedbugs last year. She sent my wife pictures every couple of weeks of pieces of lint, asking her if she thinks it’s bedbugs. My wife had nightmares about home invasion every night while we had the bugs, and for a while after. I’m no evo-pysch guy, but for whatever reason, arthropod fear is deeply wired. Those motherfuckers will fuck with your mind.

*turned out a neighbor downstairs was the epicenter, and was just spraying their bed with RAID before bed, and ignoring the problem.

Yeah, there was this woman I knew named Ellen who was obsessed with parasitic bugs. She even destroyed an entire cargo vessel because she claimed that it was infested by them. She claims one of her coworkers picked them up in an abandoned ship, but it’s probably nonsense. Still, Carter Burke is going to send a group out to investigate the supposed location.

Having at one point nearly daily interactions for six months (working a reference position, thus fielding lots of questions related to parasites) with someone suffering from this delusion I can say it can be crushing for the person afflicted.

It took me a minute, but I see what you did there.

Also, with all the possible delusions one could have, this sounds like one of the worse.

She saw an uptick in these cases

I have upticks too. Who do I call?

My wife and I let a friendly neighbourhood cat hang around our house once upon a time, and of course she came with a cargo of fleas that worked their way into our carpet and couch. For weeks even after we got rid of them I imagined I could feel them crawling all over me - every itch was a bite, and every black speck was a specimen.

I don’t think I would ever recover from bedbugs.

It’s easy for some so-called “entomologist” to be dismissive, if Amy Thompson didn’t touch them in third grade. You can’t just wish cooties away, you smug eggheads!

You know, Boing Boing, with a little effort you could have had a virtual cockroach scuttling across our web browsers just as we were nearing the end of the article. A la The X-Files:

[Album] Screamed liked the little bitch I am when this happened 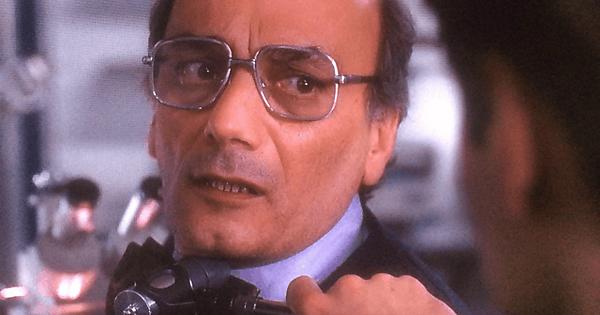 We had a small bed bug infestation last year, which I think we got rid of. And yet, whenever we get a mysterious itchy spot or a bump on the skin that might be a bite, our minds always go back to bed bugs.

It just kind of stays with you.

I have upticks too. Who do I call?

Who ya gonna call?

William Friedkin did a great film on this:

Directed by William Friedkin. With Ashley Judd, Michael Shannon, Harry Connick Jr., Lynn Collins. An unhinged war veteran holes up with a lonely woman in a spooky Oklahoma motel room. The line between reality and delusion is blurred as they discover...

It is not so much delusional parasitosis, as it is metaphorical parasitosis. You truly do have parasites, but they are of a different variety than you expect to find.

For whatever reason, “It’s all in your head” is typically treated as synonymous with “eh, not actually a problem; and a minor one if it is”; but given the…limited…state of psychology and psychiatry; and the fact that the brain is practically Terra Incognita compared to most of the rest of the body; it really deserves much more credit as a Very Bad News diagnosis.

Pest control is hard at a population level, since perfect compliance and no reservoirs just doesn’t happen, or if it needs to be cheap enough for agriculture, or the like; but if it’s big enough to see without a microscope; it’s almost certainly far easier to treat(even if it means picking it off one by one, as with the more drug-resistant head lice) than a delusion is.

It’s too bad that there isn’t broader acknowledgement of that.

Does this mean they’re… contagious?

some emotional upheaval in the background

I had the experience once of thinking I was being bitten by unseen bugs. It turned out to be a case of hives, brought on by a very stressful workplace situation at the time.

Great movie, from a great stage play. Michael Shannon worked in both.

Particularly apt trivia: During the shoot, many of the crew members got rashes from bed bugs in their hotel rooms.

My doctor assures me everything is perfectly normal and I should continue walking around without a hat.