Quantum Physics for Babies and Rocket Science for Babies

The whole series is excellent. I’ve bought most of them for my 3 year old nephew and he adores them. I particularly liked the descriptions in Nuclear Physics for Babies.

My 2.5 yo son has quantum physics and on other one (optics). He’s had them for over a year and they haven’t become favorites yet. Maybe no for babies so much…

To each their own, but my general impression of these is that they’re more for the parents than for the kids. Then again, at age TWO, that’s probably the case for anything you buy them.

I just ordered nine of these for my friend’s daughter, she has two already and apparently they love them.

Rocket Science for babies wastes half its space explaining lift, which isn’t super relevent to rockets.

Given that we’re talking abou QM here, he might be one of the very few can actually understand the subject. Not the math. but the concepts.

My just-turned-two-year-old has had Optical Physics for Babies since he was a few months old. He has always liked it. He started saying (his version of) the title at eighteen months, followed by “clear ball,” a concept he picked up from the page on refraction. Then came “light bulb,” which the book uses to illustrate the light sources in its schematics. It’s also how he learned to identify red and blue, his first colors. He’s always on the lookout for rainbows, too.

They are sponges at his age, and they are interested in most of what you are interested in. That’s the way it is SUPPOSED to be. Use that short period to fill them up with good stuff, I say.

Well you know what they say about babies and quantum physics, you’ve got to start them out… small.

To add to this: While it is totally OK in my book to buy these for the fun of it and maybe finally getting an understanding about the presented subjects for yourself, I can Also see parents using this as yet another way of trying to further “optimize” themselves and handing down this neo-liberal pressure to their kids.
I guess I will let my two-year-old keep playing in the dirt just like Einstein did when he was her age and see what happens…
Bad parenting?

I hope you found solace in that. I’ll get me coat…

Are playing in dirt and exposing children to books and knowledge mutually exclusive? I feel like I know toddlers who do both.

Playing in the dirt is essential for healthy immune system development (search “hygeine hypothesis
.”) Learning quantum mechanics, on the other hand, is essential. The earlier the better, else they start thinking in Galilean terms that they’ll just have to unlearn later.

Speaking as a physicist, the father of two physicists, and the grandfather of one two-year-old with these books: Start young! Seriously, the kiddo gets read to a lot.

So, I went to forward this article to my daughter so she could have it for my two G-kids. … She already has the books…

Hell. with that pedigree, I look forward to how they react to Feynman’s lectures.

I’ll let you know when. 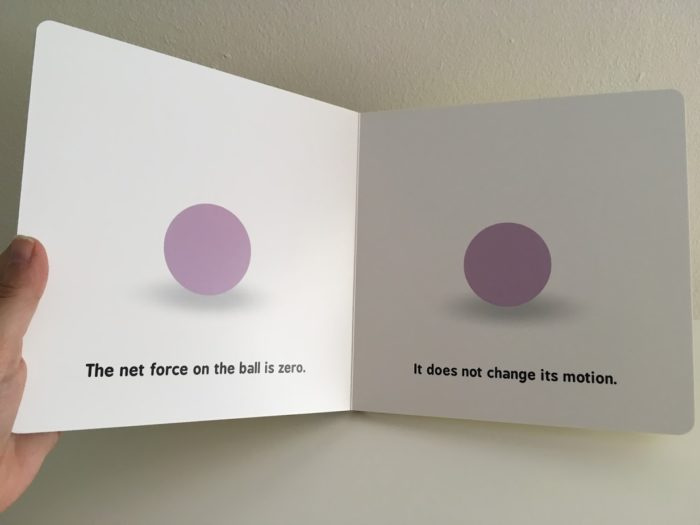 Surely there are baby-friendlier ways to say these things tho…maybe let Randall Monroe take a pass for comprehensibility?