Raccoon tries to 'save' brother from refreshing swim in pool

Raccoons are so cute ]: Wish i had one.

I had a comment in mind until I saw the related content. How are these two things related? HOW? 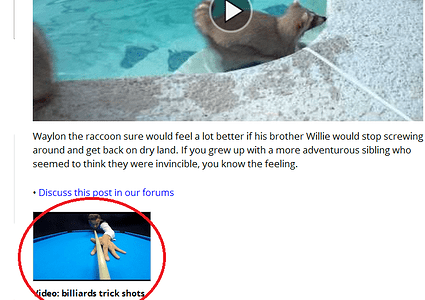 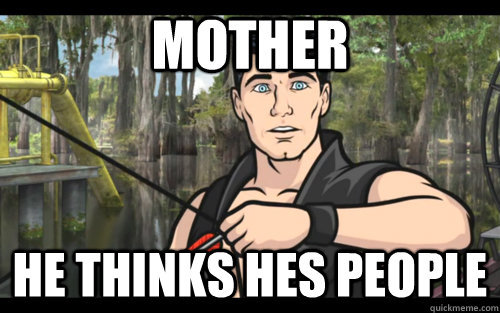 I don’t think that’s a rescue.

I think that’s a confused attempt to wash and eat his brother.

Bloody 1%'er raccoons flaunting their lifestyle.
My girl had the pool that is floating in their pool. (although hers was kept stocked with fish that I caught)

I’m more interested in the people who have pet racoons named Willie and Waylon.

< seinfeld> Who are these people? </ seinfeld>

who are these people that are still quoting Seinfeld? Are they Time travellers?

Vermin cannot be kept as pets. One day they will turn upon their putative masters, giving them rabies somehow. Cunning little rats.

One night we heard what we thought was a screech owl, and then I heard the same noise the next afternoon. I went around the corner on a frontage road staring in the trees when a young couple drive up on the main road asking if I was looking for a kitten. They told me that they saw a raccoon going down the drainage access with a kitten in her mouth, which I thought very odd.

I saw the neighbor behind me and I said something about this just as a screech was heard. She told me that a mother raccoon was removing her babies from the empty pool directly behind us. We took a peek and there were three remaining kits cuddled near the drain. It only took her another 15 minutes to retrieve them. (She took them one by one and there were five total kits.)

Our neighbor didn’t hear the awesome display of screeching the night before (double paned windows), but surmised that it explained why the mother seemed so annoyed with her offspring that afternoon if this was the second instance of collecting her brood from the pool.

My mother had a pet racoon in high school. A baby whose mother was killed that she raised till adulthood and then set free.

The raccoon waving its arms in the water does in part seem to be about his brother in the water, but it also closely resembles washing food in water which is a common behavior for them.