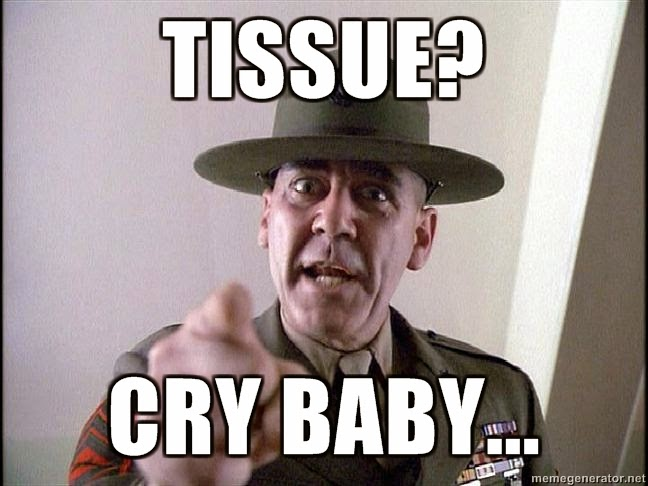 It is a little over the top but like any good satire there is a core of truth. A Modest Proposal wouldn’t have worked nearly to well if the Brits had been humane to the Irish.

In point of fact, it is essentially impossible to give a failing grade in public school any more. There is ALWAYS time for extra credit. And they come into my course in college expecting that will still be the way. At some places, it is. I walked out of my first job because the dean ordered me to give everyone passing grades. His reason? Student complaints.

The liberal values of free inquiry and expression are less widely held than they once were. Public spaces are appropriated to make “safe spaces” where you have to follow the orders of the person needing safety or they’ll call over “some muscle” to push you out, you have to give trigger warnings before you teach anything, and tiptoe through a minefield of microaggressions.

Nobody ever guaranteed anyone a life free from offense. All you’re guaranteed is the right to walk away from that which offends you. That’s how you find your safe space. I’m all in favor of those, but they are necessarily private, not public, spaces.

Reads to me more like bitter grumbling and summarizing the obvious than “foot stamping”.

In point of fact, it is essentially impossible to give a failing grade in public school any more.

My wife was a public school teacher until fairly recently and she failed 'em like a chaingun emptying into the ass of suburban tracthouse america.

She now teaches college and she doesn’t give extra credit, either. It’s not a problem for her and isn’t made a problem. I know this is anecdote vs. anecdote, but the whole “politically correct college” narrative has been going since at least the early 1990s.

We’re raising a generation of pussies?

You are practically complaining about the generation that came before you were born.

It reminds me of this rant I enjoy as well: https://www.youtube.com/watch?v=haRourcyu1s

It certainly is original to complain about a younger generation.

In point of fact, it is essentially impossible to give a failing grade in public school any more. There is ALWAYS time for extra credit. And they come into my course in college expecting that will still be the way.

I taught in public schools for years and also worked as a school counselor. Failing students still happens at a high rate. I taught in NM and am now in PA. I have friends who teach in a many different states, they still fail their students. As a matter of fact our retention rates in the US are climbing in most states, why? Because students are failing. Just talking to one my friends who teaches high school math today, she is failing at least 5 kids in all of her classes.

I now teach college, both undergrad and graduate. Do I get my fair share of 101s who just don’t get it? Sure thing, but in my syllabus it is clearly stated there is no extra credit, there are no make-up quizzes, and late assignments are not accepted. I have received no issues with this at any of the places I have taught (hell, my department head for my grad classes is tougher than I am!) and guess what, they learn to deal with it. If your dean didn’t support you, that isn’t common. Why do I know this? I have worked at more than one college/university and have always gotten the support of my department heads and deans.

As a matter of fact one semester I had one student who particularly didn’t get the point of no extra credit and when he came up to me and asked “What can I do to raise my grade in your class?” I looked him straight in the eyes, in front of the class and said “What you need to do is this; study quantum theory, figure out how to time travel, build a time machine and turn in your assignments when they were due.” He blinked a few times, sat down and never asked again.

P.S. I get glowing evals from my classes.

I agree. I’ve had about 4500 students at several universities. Students have always griped and wanted a little extra. Part of being an educator is setting the bounds, making them known and enforcing them. Do students who are early in their careers need more boundary-setting than those in upper division courses? Yes. But, as opposed to me, they’ve never done this before. They don’t have years of experience to tell them why the class has to be run one way. Of course they’re myopic.

I think there’s a tendency among academics to say “I never would have asked for extra points! These kids are rotten!”, when we were at the front of the class anyway.

All this said, I’ve never experienced it personally, but I’ve heard of pressure from higher up to pass students in lab courses. That way, they go on to take more and the school collects their fees. I dunno if I believe it, though.

It is a little over the top but like any good satire there is a core of truth.

In point of fact, it is essentially impossible to give a failing grade in public school any more.

That’s certainly exaggerated. My wife, like Rob’s wife I suppose, gives failing grades all the time. Although I guess you could counter that it’s in an urban school, and perhaps the ‘special snowflakes’ are all in the suburbs.

Anyway, for those who seem to agree with ranting about Millennials, this article was posted here (I think?) a while ago, and I think it’s a good one (if a little melodramatic), placing the blame square where it belongs: on the generation that raised them:

You have done our work for us, then called us lazy.
You have threatened our teachers, then told us “just an A” isn’t good enough.
You have gotten our jobs for us, and called us underachievers.
You have recorded everything we do, like researchers breeding a better mouse.
You have made us trophy-seekers, then mocked us for our walls of worthless awards.

“Ah, yes, the past, when no-one was ever offended!”

I don’t believe in the whole “generations” thing much at all, but I get the feeling that an emerging “millennial” trend is people whose interactions are predominantly (rather than merely natively) online and are developing personalities crafted from internet cultural shadow-play. So you get teenagers who appear to be emulating idealized “characters” from the last few decades, who appear inexplicably to be like, Eisenhower Republicans or 1970s hippies discovering capitalism or whatever. There’s something wonderful about it, something weird, but also very WTF.

“What you need to do is this; study quantum theory, figure out how to time travel, build a time machine and turn in your assignments when they were due.”

yes, this is my marriage.

(to her credit, she does appear to be on casual inspection who she claims to be, and not an older male right wing crank)

Let’s not make it about science, please!

It could have settings, so you could dial from, say, “blackout drunk on Facebook” …

Or the 1960s … haven’t advertisers and consultants found new language to market the same idea about each “new” self-interested generation?

Anyone else finding it funny that the website is called “The Oxycontin Chronicles” and the rant sounds like it comes from Mr. Oxycontin himself, Rush Limbaugh?