I felt a great disturbance in the Force, as if millions of voices suddenly cried out in terror, and were suddenly silenced.

I was thinking more in terms of where did all the Pierson’s Puppeteers go?

Wondering what humans were doing about 26000 years ago. Not quite yet in North America, last Ice Age, making baby carriers, that sort of thing apparently.

Hey I bet it was the same as this thing.

I guess they didn’t get the memo?
Research shows that black holes do not exist 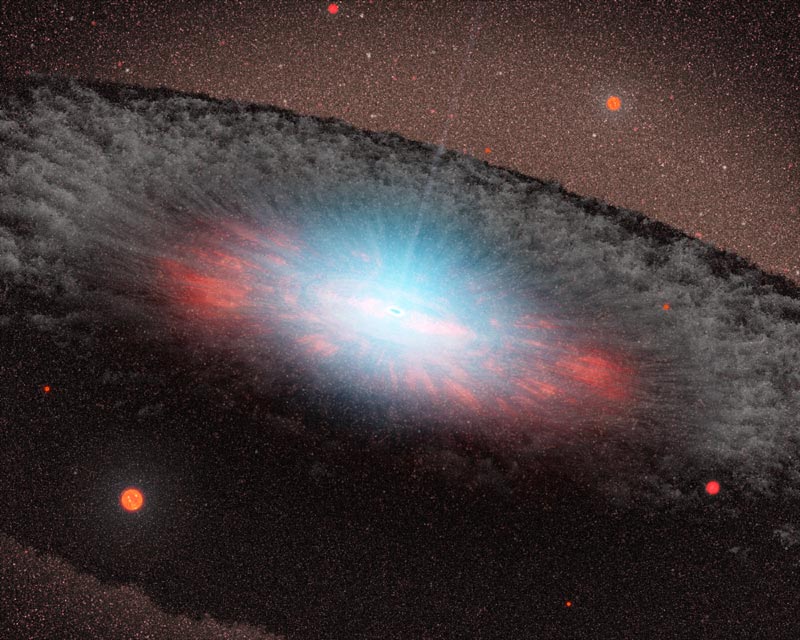 Researcher shows that black holes do not exist

Black holes have long captured the public imagination and been the subject of popular culture, from Star Trek to Hollywood. They are the ultimate unknown – the blackest and most dense objects in the universe that do not even let light escape. And as...

It’s obviously a wormhole. Rick Berman was right all along, and we’re about to get a visitor from the Gamma Quadrant.

Oddly, the front page of the very same website features several articles about black holes. Perhaps this “research” is not altogether convincing?

It does say that it was not peer-reviewed, but provides the maths. If it is a serious contender others will do the sums and provide their findings.
The problem I have with them is the infinite density of the singularity.

I’m just going to go ahead and be “that guy” but the quoted article’s “theories” are hypotheses. Please correct me if I’m wrong! It’s just that I get a bit rankled over the use of the word “theory” when nothing has been scientifically proven as such.

The word ‘theory’ in common layman usage means hypothesis, in science it means accepted explanation, which leads to much misuse (i’m looking at you evolution-deniers). Your rankling is understandable.
However, the word ‘proven’ is also misused. Proof is only for maths and alchohol.

Yea, I read the article. There’s a huge handwave right before the last step in the proof, kind of like the underpants gnomes. Also, the whole thing about data and evidence.

It was bound to happen. You can put up all the signs you want, but eventually some idiot put metal in the microwave.