Refrigerated clothing for people who want to lose weight

Don’t forget the extra exercise you will get carrying around the battery pack.

I was reading about the idea that one of the causes people in general have gained weight was that we are no longer cold and that we used to slim down in the winter months due to both being cold and food was more scarce.

Not sure if something like what is in the article will have an effect, but it is still a neat theory.

Those vests won’t work with most blouses. Needs a redesign. They should have you recharge the battery by walking.

While there may be some evidence that cold air can help lose weight, I don’t see any studies claiming that barely-cold feet has the same effect.

Ignoring that, can this technology have a far better application that a magic weight-loss solution?

There was this rather silly-looking wristband that was getting lauded as a way to save millions of pound of carbon being burnt for Air Conditioning, by cooling a person’s skin rather than all the air in a room.

If we all had these in our clothes, could we cut down on AC?

Never mind losing weight. I hate wearing shoes these days because my feet always get hot and uncomfortable. This might solve that problem for me.

I can’t imagine these will even have a noticable effect if you are wearing socks.

On top of the problem that the cooling might now change metabolism, putting peltier cooling chips in shoe inserts will DEFINITELY not work. These devices are heat pumps, which means that they take energy from one side (making that side cold), and pump it to the other side (making it hot). If the foot side is the cold side, that means that the heat is being dumped against the foam sole of the shoe – which is designed to insulate your feet from the cold ground (and to cushion them). The heat will be trapped in the shoe, and eventually the peltier elements will HEAT UP your feet, since they draw power to pump their heat around.

This is a scam invention by someone who never studied heat transfer. Boo.

I’m a bit skeptical. Peltiers certainly exist, and they really do work(it’s one of those ‘technology indistinguishable from witchcraft’ moments when you first play with one, like lasers, superconductors, paramagnetic materials, and similar such things: an utterly silent, totally solid-state heat pump, turning one side cold and one side hot just like magic.)

However, their efficiency has traditionally been pretty dreadful. Our wiki overlords say 10-15% of an ideal Carnot cycle heat pump; compared to 40-60% for real-world compression cycle heat pumps. They have their uses because they are entirely solid state, very long-lived(if not abused), require no refrigerants or pressurized containments, can be turned on and off extremely rapidly for tight temperature control, are quite easy to tailor to the size and shape required, including highly minaturized stuff; and can be used as a heater or a cooler just by reversing the current flow; but “efficient” is not on their list of virtues.

This means both that battery powered systems tend to flog themselves to death pretty quickly if they actually attempt to move any significant amount of heat; and that the hot side of the peltier, or peltiers, often needs to be cooled pretty aggressively(all the heat pumped, and all the waste heat, end up there, and (aside from the risk of destroying the peltier element, usually at somewhere from 80-100c depending on type and quality) they are usually only good for a deltaT of 50-70 degrees, so if the hot side isn’t kept modestly cool, the cold side isn’t going to be very cold.

This isn’t the sort of product that just screams “SCAM!!!”, it doesn’t require over-unity engines, cold fusion, unobtanium nanotube composites, or anything like that; but it is the sort of thing that seems like it will require careful implementation and only work if a number of fiddly requirements are adhered to. To be usefully wearable, they’ll have to use a mature, high density, battery technology and the nicest thermoelectric materials available; or you’ll be plugged into the wall all day.

Because of the poor efficiency, peltier coolers under clothing could be a problem. Yes, the skin immediately underneath the cold plate will get cold; but all the heat pumped plus all the waste heat will still be inside your shoe, shirt, etc. That is going to be very unpleasant. It’s also why the MIT wristband @SamSam mentioned targeted an unclothed area with blood vessels close to the surface; and had a heatsink and fan attached to it. How this is supposed to work if it is inside your shoe or something is less clear.

Back in my overclocking days(and when CPUs were still low-power enough that peltiers’ relatively limited ability to pump heat per unit area hadn’t yet made this impossible) peltiers were a common way(far easier to DIY than a compression cycle refrigerator, and able to handle a much more aggressive duty cycle than a cheapo dorm fridge or the like) to get CPUs to sub-ambient temperatures. However, there was a reason why you usually had a water block connected to a chunky radiator keeping the hot side cool; and why you budgeted 5-10 amps on the 12v line of your PSU(sometimes a secondary PSU) to keep the thing running. They are demanding creatures.

The heat will be trapped in the shoe, and eventually the peltier elements will HEAT UP your feet, since they draw power to pump their heat around.

Given that shoes can(especially if the wearer is trying to lose weight) expect to receive a substantial amount of pressure cycling as the user walks around; it’d be cool to see a ‘passive’ coolant fluid distribution throughout the shoe, making use of the compressions and 1-way valves(like the lymphatic system does, to achieve circulation without a connection to the heart). Without something like that, though, a mere insole isn’t going to cut it.

Edit: weren’t you supposed to tie your boots slip-fashion so that your stillsuit could use this technique, when hanging out with the Fremen on Dune? My memory is fuzzy on the matter.

I don’t see any studies claiming that barely-cold feet has the same effect.

Adding to this: His “Science” section consists of one DAILY MAIL article about cold feet, and several others about the better-known cold room effect, which has f-all to do with a minuscule amount of cooling on your feet.

Add to that the fact that this probably won’t actually cool your feet, as @Humblefactory and @fuzzyfungus say, this seems pretty scammy.

@frauenfelder, your “The flaw with Thin Ice…” section could be expanded…

I was imagining how nice a cooling shirt would feel in the summer; forget weight loss.

Oh god, and then he added the most classic scammy weight-loss marketing trick in the book:

Yes, he lost a couple pounds of water weight and changed his posture. There are a billion guides on the web debunking these crap before and afters. And this is one of the more obvious examples.

(He got smart and didn’t add this junk to the Indigogo page, it was on an earlier version.)

Still though, those insoles have a better use for me. I have MS and my feet often feel burning hot, causing my legs to twitch continuously and then the muscles in my legs cramp up and cause me a lot of pain. If this alleviated that (and I could afford them), I would be very happy.

There was this rather silly-looking wristband that was getting lauded as a way to save millions of pound of carbon being burnt for Air Conditioning, by cooling a person’s skin rather than all the air in a room.

My father taught me a cool trick when I was young: when we were outside in a park somewhere and it was miserably hot (that pretty much encapsulates my memories of youth) he would find a water fountain or pump and run the water over his wrist. The key to cooling down isn’t to cool down your skin: it’s to cool down your blood. By running cool(er) water over a place where a major artery was close to the surface would then quickly spread the cooling through your body.

Anyway, something that tried to address that would be clever. But this thing seems to be trying to “trick” you into feeling cooler. That might make it easier to get along with roommates, but it’s going to do f-all about the need for AC in India and Brazil (or Arizona) where temperature has actual physical ramifications for your body.

I wonder if you’ll get tackled at the airport trying to wear this stuff, and how does it compare with other diets? 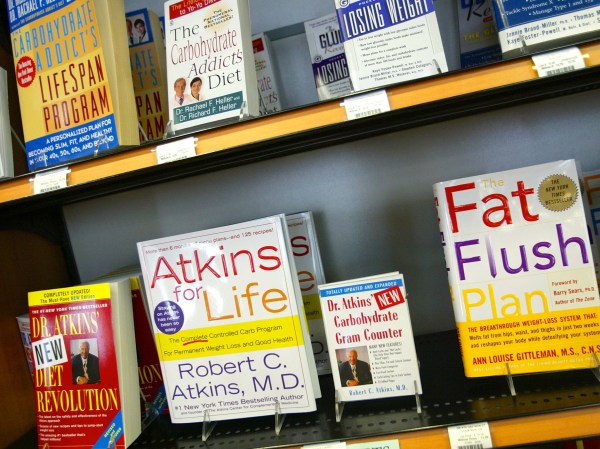 Which Diet Will Help You Lose The Most Weight?

I suspect that the compromises would be greater than the puffery seen here; but it should still be possible, and quite possibly even practical given that the problem being avoided is sufficiently severe.

Off the cuff, I suspect that the best option would be to borrow a trick from NASA: the “Liquid Cooling and Ventilation Garment” is specifically designed to keep a human at comfortable temperature in a situation where convection and evaporative cooling aren’t working properly.

The ‘garment’ is a mesh fabric(either one layer with tubing attached or two layers with tubing sandwiched) with a network of small diameter pipes running through it. These carry fluid from the heat exchanger, into contact with the user, and back to the heat exchanger. If either your socks or your insole were built along these lines, you wouldn’t have the issue of the peltier hot-side being inside your shoe, just a thin tube running out of the shoe to a more convenient battery pack/heat exchanger unit(less noticable if wearing long pants, would look a bit odd in shorts.

That adds a moving part, the pump; but means that the shoe doesn’t need to be redesigned to somehow sink a nontrivial amount of heat.

There were times playing paintball when I would have LOVED a cooling system like that. This was back when a wet bandanna around your neck was standard, and if you were really hep, you could have a cooling fan that snapped into the top of your mask. The fan whine (if you forgot to turn it off) kind of gave away your position if you were trying to sneak, though, so YMMV.

If they haven’t already, I assume that it’s only a matter of time before they roll out body armor with the feature to allow for higher endurance and better performance in hot environments, for whatever exciting middle eastern adventures and ‘police actions’ in assorted close-to-equatorial hellholes we decide to engage in. Presumably a small heat exchanger(either battery powered or using evaporative cooling or a pre-chilled phase change material) carried by the user, with quick-disconnect fittings to allow them to clip into the heat exchange systems of a vehicle when available.

Given that ballistic fiber pretty much sucks even in moderate climates, and fiber plus trauma plate in the desert probably really sucks, the extra weight might well be considered worth it by the user.